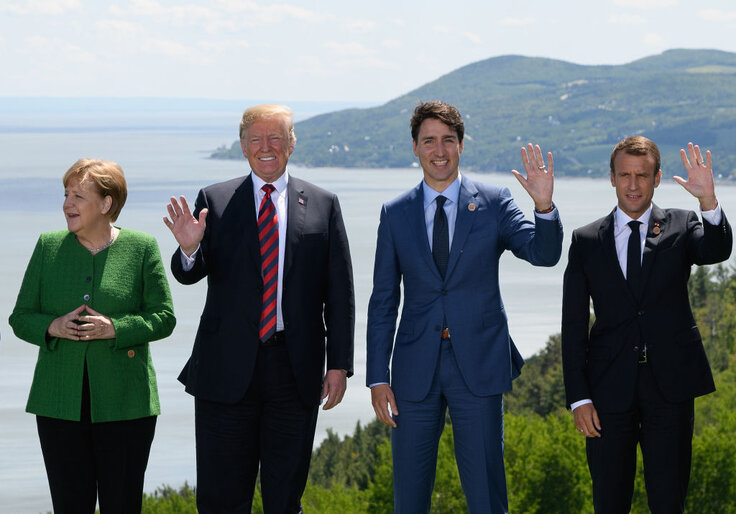 NATO spending has increased for the sixth consecutive year thanks to new contributions from allies, Secretary-General Jens Stoltenberg said in prepared remarks Wednesday.

"We expect this trend to continue," Stoltenberg said. "Allies are also investing more in major capabilities … and continue to contribute to our missions and operations."

Canada and European countries' spending increased this year at a rate of 4.3 percent.

Less encouraging are Germany and Canada's defense budgets, which are still under 1.6 percent of their GDPs.

The Trump administration has pulled a large contingent of American personnel out of Germany in an effort to induce Berlin to pay more of its defense burden.

While many in the foreign policy establishment have worried about the the Trump administration's approach to NATO, these findings point to a renewal in member countries' spending.

Russia and China's aggressive behavior during Trump's term is one reason for the allies' increased spending. It's also why Stoltenberg announced plans for NATO's first joint space center, at Germany's Allied Air Command.

"NATO continues to adapt in all domains … including in space, which is becoming more crowded and competitive every year," he said. "Some nations—including Russia and China—are developing systems which could blind, disable, or shoot down satellites. Space is essential for our ability to navigate, communicate, and detect missile launches."

The Trump administration has also made space a top defense priority, working closely with U.S. allies on the issue.

The post Under Pressure from Trump, Allies Up NATO Contributions appeared first on Washington Free Beacon.