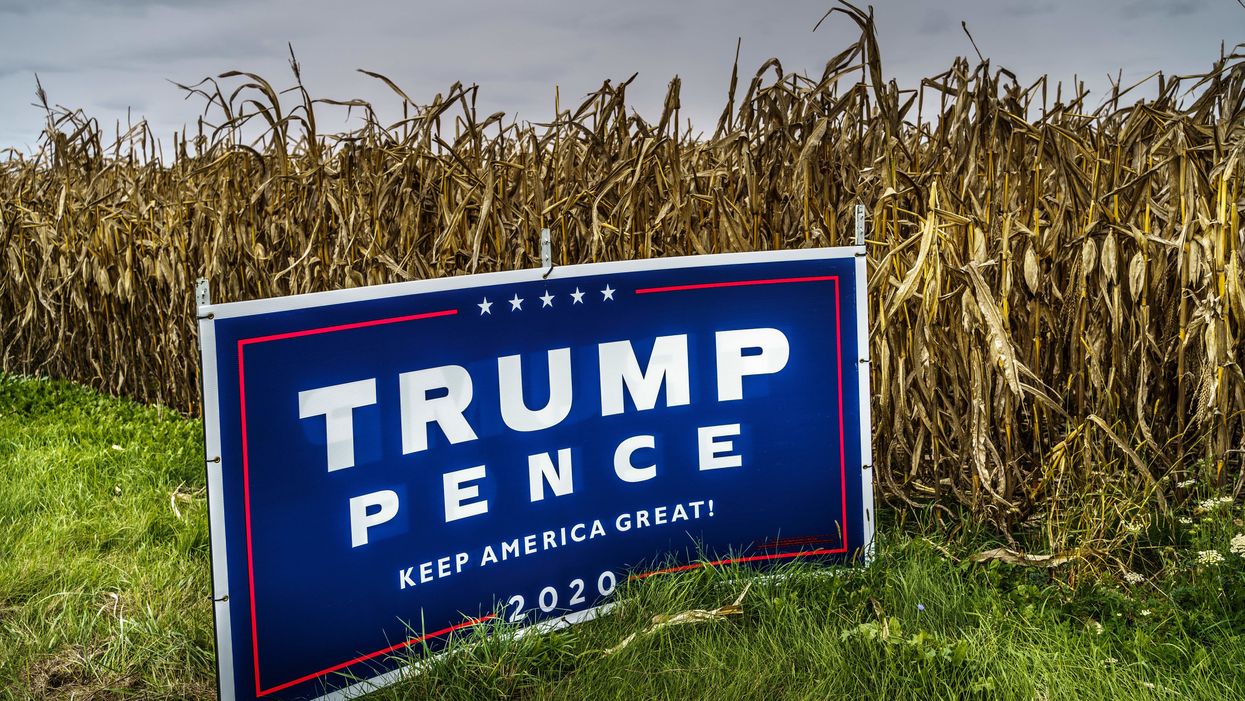 Vandals couldn't stop Tennessee man Adrian Powell from showing his support of President Donald Trump even when they repeatedly tore down his campaign signs.

Powell abandoned the flimsy signs after vandals refused to let them stand and instead erected a massive pro-Trump display consisting of hay bales in his yard where the signs previously stood.

According to Fox News, Powell, a Red Boiling Springs resident, crafted the hay bale tribute to the president after vandals cut down at least six Trump 2020 campaign signs.

Painting an American flag motif across a stack of hay bales, Powell crafted an effigy of President Donald Trump, complete with blonde hair and a red tie.

Adrian Powell, the owner of a family-run business, said he wanted to make a unique display to support President Don… https://t.co/zrUyc74YEU

According to WZTV-TV, Powell does not plan to press charges against those vandals who repeatedly damaged his signs, though destroying Trump signs and flags is nothing new these days.

Similar acts of destruction have taken place all across the nation in the days and weeks leading up to Nov. 3's general election

On Thursday, an elderly man confronted a vandal bent on destroying a pro-Trump flag hanging off of a building's balcony. When the elderly man left the scene, the vandal tore down another similar flag.

Earlier this month, a suspect punched a Massachusetts woman through her SUV window — reportedly because she didn't agree with the woman's pro-Trump flags.

Several weeks ago in New Jersey, a teacher hysterically demanded that a student take down a pro-Trump flag that was hanging in the background of the student's home during a virtual classroom lesson.

Earlier this month, anti-Trump vandals went on a campaign sign-stealing spree in an Arizona neighborhood.

In August, an elderly newspaper deliveryman in Pennsylvania reportedly told police that he set fire to a pro-Trump flag on his route because it made him angry, and in a separate incident, thugs attacked a Wisconsin man and his daughter for having the audacity to fly a pro-Trump flag from their camper.