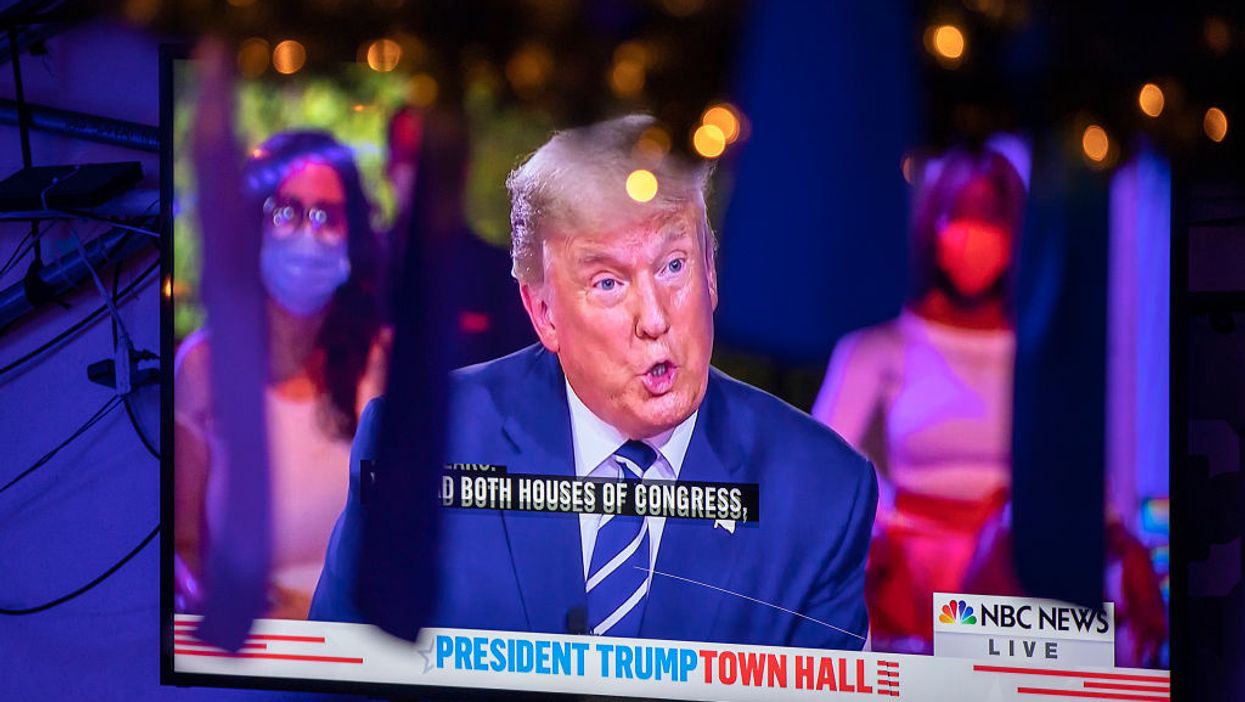 The woman who went viral for sitting behind President Donald Trump and vigorously nodding in agreement during a nationally televised town hall last week says her employees have been receiving hateful messages since the Oct. 15 event.

Mayra Joli, a Miami immigration lawyer and former independent candidate for Congress, became known on social media as the "nodding lady" after clips of her enthusiastic support for President Trump during an NBC News town hall last Thursday were widely shared.

The lady nodding her head agreeing with @realDonaldTrump had to just drive all the Democrats watching insane. 😂😂 https://t.co/Ym8l3MdIi7

In an interview with Fox News, Joli, herself an immigrant from the Dominican Republic, described how she and her employees at her law firm have been receiving hateful messages because of her support for Trump.

"Nobody can call an employer to fire me," Joli said. "What they're doing is calling my employees so they quit."

"They start sending other [messages] saying, 'I can't believe you're working for that person. I thought you were better,'" she added. "I am a fighter, but [my employees] have a private life. They aren't used to this commotion."

Joli said the negative attention doesn't bother her and that she'd support President Trump even if no one supported her.

"Somebody's going to see that review, then see the career I've led helping people, so I don't need that client," Joli said.

She said her own experiences as an immigrant inspired her to help others through the naturalization process to become American citizens. Though Trump was elected in 2016 on a platform of cracking down on illegal immigration, Joli says she tells her clients that their problems with immigration aren't the president's fault. She also said that since Trump was elected more illegal immigrants have come to her for help legalizing their immigration status.

"With Donald Trump, he showed people they have to carry their own weight; they have to make themselves responsible for their pasts, their presents and their futures," she added. "The clientele, now, is more proactive."

Joli said she came to support Trump in 2016 after previously supporting Democratic candidate Hillary Clinton. The constant attacks on Trump made her curious about what he really had to say.

"The more they trashed him, the more I wanted to find out more about him, and I've been supporting him since. The rest is history," Joli said. "Donald Trump taught me that I cannot just be silent, and I have to think for myself."