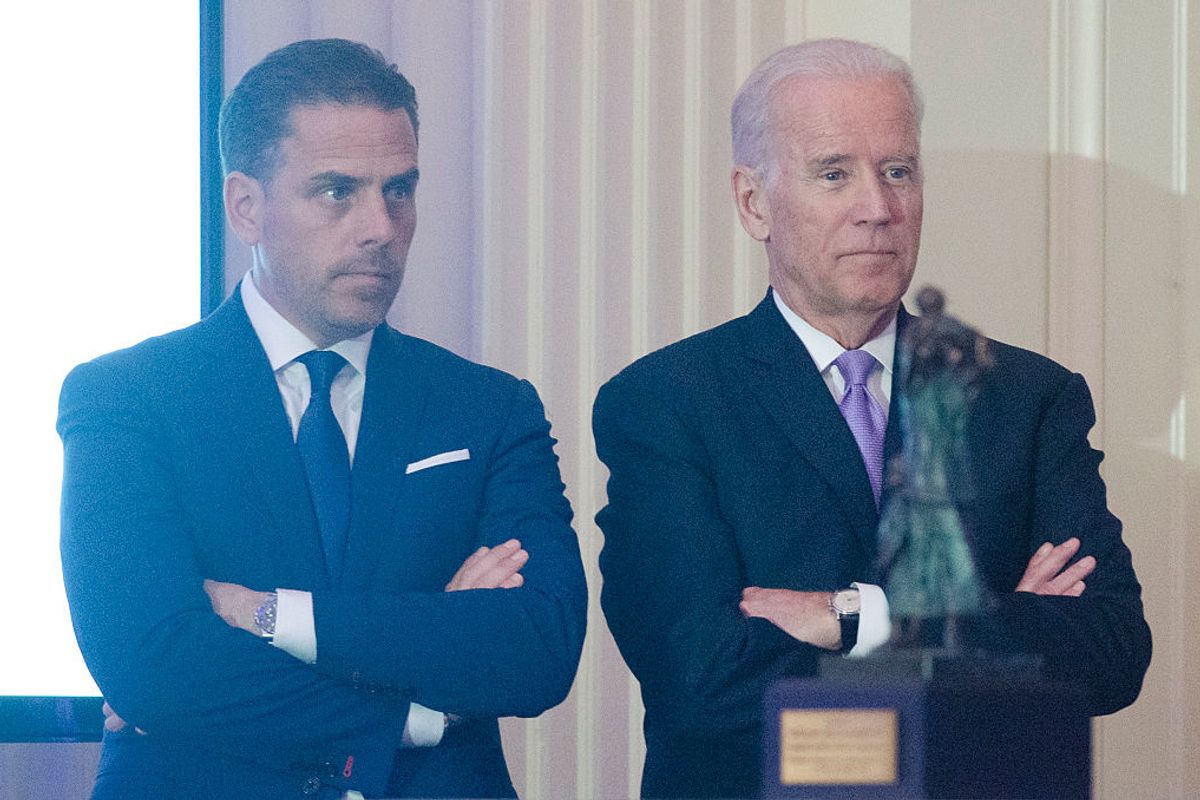 A man claiming to be a former business partner of Hunter Biden has released a statement alleging that the email that the New York Post published about a "lucrative" deal with a Chinese company is "genuine." The professed business associate also claims that Joe Biden not only knew about his son's overseas dealings, but also profited from an agreement with a Chinese energy firm.

Tony Bobulinski is the CEO of Sinohawk Holdings, which he claimed formed a partnership with the now-bankrupt Shanghai-based China Energy Fund Committee, which was run by Ye Jianming, who has been missing since 2018.

"I am the CEO of Sinohawk Holdings which was a partnership between the Chinese operating through CEFC/Chairman Ye and the Biden family," Bobulinski said in the statement that was published by the New York Post on Thursday. "I was brought into the company to be the CEO by James Gilliar and Hunter Biden."

In an email allegedly obtained from Hunter Biden's laptop, it details "remuneration packages" in a business venture for six people only identified as initials and nicknames. The email, which was written by James Gilliar of the international consulting firm J2cR, names Hunter Biden as the "Chair / Vice Chair depending on agreement with CEFC (China Energy Co)." His pay was noted to be "850."

"In addition, the email outlined a 'provisional agreement' under which 80 percent of the 'equity,' or shares in the new company, would be split equally among four people whose initials correspond to the sender and three recipients, with 'H' apparently referring to Biden," the Post reported.

As terms of the deal, the email states, "10 held by H for the big guy?" The "big guy" was not identified in the email, but Bobulinski claims that it is a reference to Joe Biden. There is a person identified as "JB" referenced in the email; Bobulinski alleged that it references Jim Biden, Joe's brother.

"Hunter Biden called his dad 'the Big Guy' or 'my Chairman,' and frequently referenced asking him for his sign-off or advice on various potential deals that we were discussing," said Bobulinski, who is a Navy veteran. "I've seen Vice President Biden saying he never talked to Hunter about his business. I've seen firsthand that that's not true, because it wasn't just Hunter's business, they said they were putting the Biden family name and its legacy on the line."

Joe Biden, the Democratic nominee, has repeatedly denied that he has never involved himself in his son's business affairs, claiming he's "never spoken to my son about his overseas business dealings."

"The committee is working to validate information being revealed by multiple sources. As part of those efforts, we have reached out to several individuals named in recently revealed emails, including Tony Bobulinski. We look forward to their cooperation in helping us uncover the truth," Johnson told Just the News.

"The Johnson Report connected some dots in a way that shocked me — it made me realize the Bidens had gone behind my back and gotten paid millions of dollars by the Chinese, even though they told me they hadn't and wouldn't do that to their partners," Bobulinski said.

Bobulinski claims that he is "not a political person," and "what few campaign contributions I have made in my life were to Democrats."

"I don't have a political axe to grind; I just saw behind the Biden curtain and I grew concerned about what I saw," he said. "The Biden family aggressively leveraged the Biden family name to make millions of dollars from foreign entities even though some were from communist controlled China."

Another of Hunter Biden's alleged business associates is allegedly giving up information that could potentially be a problem for the Biden campaign.

Bevan Cooney, who is currently serving a prison sentence for fraud, reportedly provided access to his Gmail account to Breitbart investigative reporter and New York Times bestselling author Peter Schweizer. "These associates sought to trade on Hunter Biden's relationship with, and access to, his father and the Obama-Biden White House in order to generate business," the report alleges.

"We're not looking at printouts. Not looking at PDFs. We're actually in his Gmail accounts themselves, sifting through these emails," Schweizer told Glenn Beck this week. "And there's a shocking amount of information about deals involving China, involving Russia, involving all sorts of things they were trying to pull off."

On Tuesday, Schweizer claimed that Cooney "has been removed from the federal facility in Oregon where he is being detained."

The Bureau of Prisons declined to comment, telling the Washington Examiner, "For safety and security reasons, we do not discuss specific inmates' conditions of confinement."

On July 31, 2019, Cooney was sentenced to serve 30 months in prison for "defrauding a Native American tribal entity and various investment advisory clients of tens of millions of dollars in connection with the issuance of bonds by the tribal entity and the subsequent sale of those bonds through fraudulent and deceptive means," the Southern District of New York U.S. Attorney's Office said.

On Tuesday, Joe Biden dismissed the allegations stemming from the leaked emails from his son's laptop that was reportedly left at a computer repair shop.

"This is the same garbage – Rudy Giuliani Trump's henchmen," Biden told WISN-TV during an interview. "It's a last-ditch effort in this desperate campaign to smear me and my family."