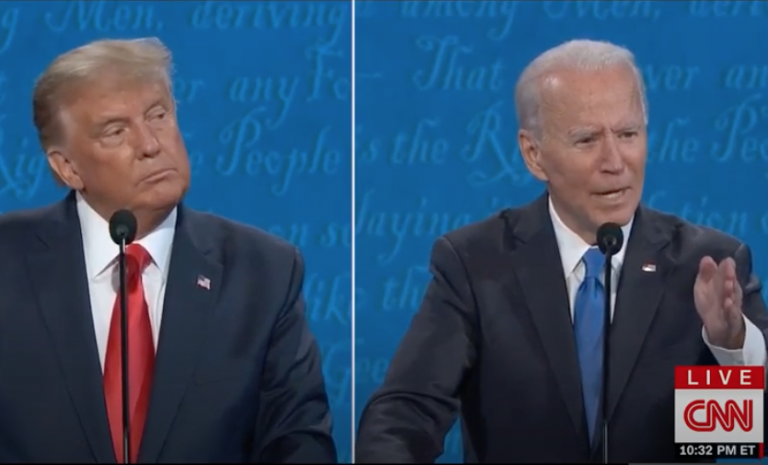 Asked by President Donald Trump during Thursday night's final presidential debate whether he would "close down the oil industry," Biden said he would.

"I would transition from the oil industry, yes," Biden said, adding that "the oil industry pollutes" and "has to be replaced by renewable energy over time."

Biden added that he would end subsidies for the oil and gas industry. Trump called it "the biggest statement in terms of business" of the debate.