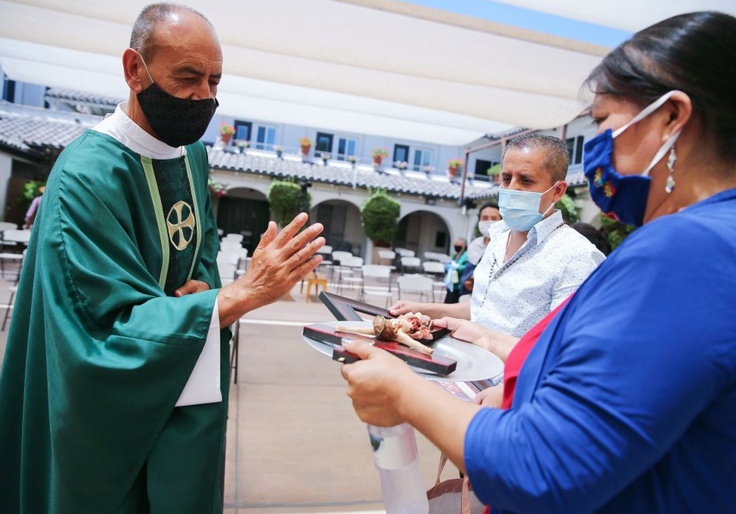 Two health agents cited and fined Our Lady of the Angels Church in Arcadia, Calif., $1,000 for violating COVID restrictions on indoor church services, according to a copy of the citation obtained by the Washington Free Beacon. The authorities wrote that they saw individuals leaving church grounds on Oct. 15, which the agents said constituted a violation of restrictions on indoor congregations. The agents wrote that the violation was "evidenced by the individuals exiting [the] structure during investigation."

The church said the individuals leaving the church at the time of investigation were women in prayer veils and also claimed that the two agents returned five days later to threaten the church with more citations. Paul Jonna, special counsel for the Thomas More Society, said the regulators are trying to intimidate the church and Father Trevor Burfitt into dropping their religious liberty lawsuit.

"Los Angeles County is discriminating against churches that seek to uphold their constitutionally guaranteed religious rights," Jonna told the Free Beacon. "Father Burfitt is not the only target of county tyranny. Witness the escalating abuse being heaped on Pastor John MacArthur and Grace Community Church, who is also suing Newsom for religious freedom violations."

Jonna said the church plans to contest the fine in court.

Burfitt serves as the head of Our Lady of the Angels Church and also oversees churches in four other counties in the state. His lawsuit against the state argues that Gov. Gavin Newsom's state of emergency is unconstitutional because of its broad scope and indefinite length.

Our Lady of the Angels is not alone. The fine is the second time county authorities have punished churches that have challenged state coronavirus restrictions. The county terminated a lease with Grace Community Church and fined it $1,000 for what the county said was insufficient coronavirus sign placement and guidance.

Burfitt criticized state authorities for "biased and inequitable treatment" against churchgoers in the wake of a massive gathering in Los Angeles to celebrate the Lakers' NBA championship victory earlier this month.