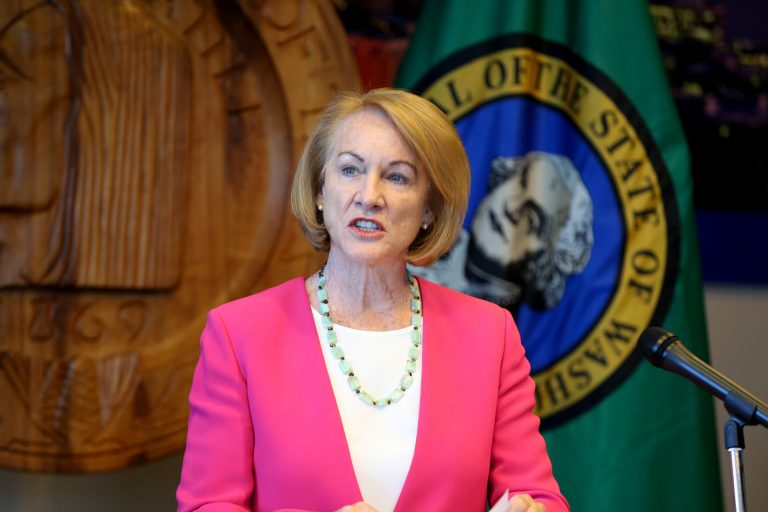 In a letter, the commission claimed Mayor Jenny Durkan's (D.) resignation is "necessary" to address the "human rights violations that have occurred in our city during her tenure."

The group, which is supposed to advise the mayor and other city officials on policies affecting the gay community, argued that Durkan failed to engage with it in discussions regarding police funding and homelessness.

Specifically, the commission said Durkan had rejected "meaningful reductions" to the Seattle Police Department and ignored activists' calls to cut police funding by half.

The commission has also claimed that Durkan "undermined" the black community in her recent budget proposal. Instead of allocating $100 million in investments "specifically for Black communities," as activists had called for, the mayor designated that funding for "black, indigenous, and people of color" communities.

Following months of anti-police protests, a record number of Seattle police officers left the force in September. According to exit interview records, many of these officers cited police budget cuts and lack of support from city government as their reason for resignation.