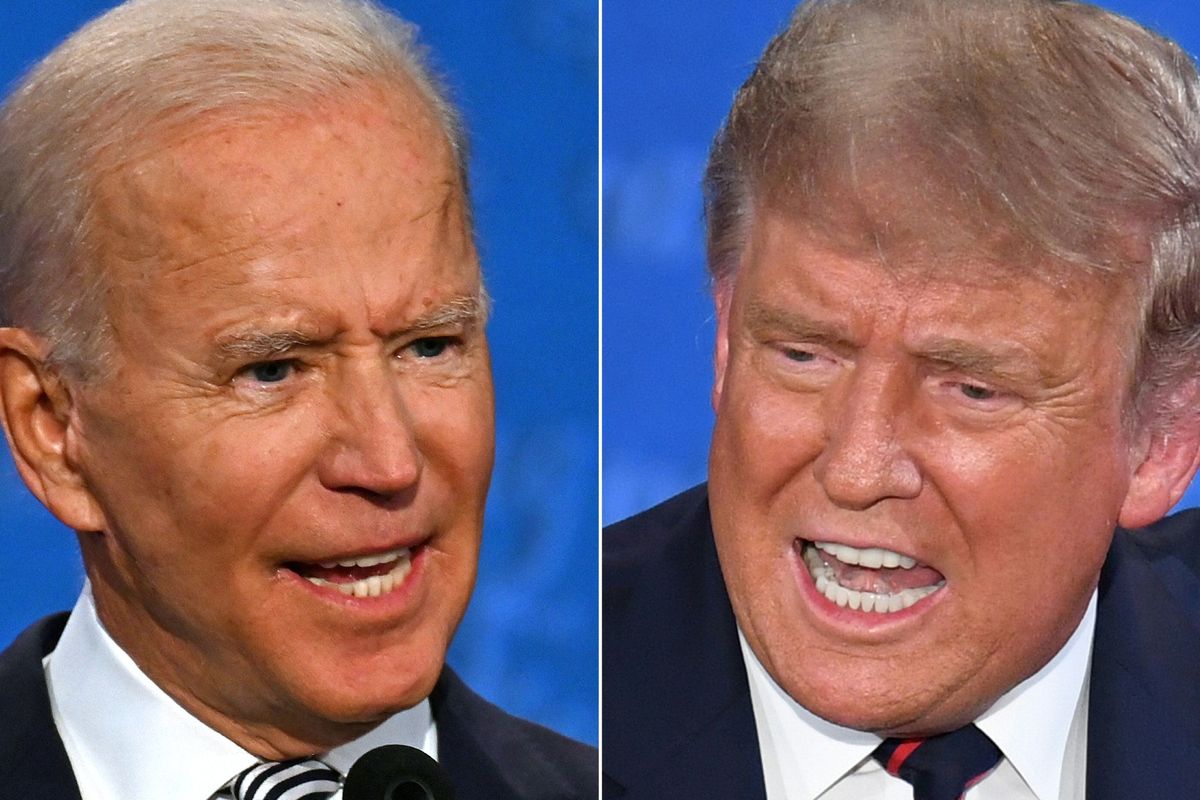 Tenants of a Fort Morgan, Colorado, trailer park say that their landlord sent out a letter regarding their fate should Democratic presidential nominee Joe Biden win the 2020 presidential election.

According to KUSA-TV, several unnamed trailer park tenants alleged they received a letter from their landlord warning them of dire consequences should President Donald Trump lose the Nov. 3 general election — including the possibility of a massive rent increase.

The letter, obtained by the station, is dated Oct. 19, and insists while its purpose is "not telling you how to vote," points out the importance of warning the tenants "what WE will do."

The letter explains that their rent would not be raised for at least two years if Trump were re-elected, but adds that if Biden is elected, their rent will "most likely double."

TO ALL TENANTS: Please understand IF Joe Biden is elected as our next president, everything you do and have to pay for will change completely.

Everything will be increased. Like paying ALOT [sic] more in taxes, utilities, gasoline, groceries, new permits, fees, and regulations ... everything! This also means YOUR RENT will be increased to cover these expenses. Most likely, rent would DOUBLE in price!

IF the current President is re-elected, WE WILL NOT RAISE THE RENT FOR AT LEAST 2 YEARS!

Voting is your choice and we are not telling you how to vote. We are just informing our tenants what we will do according to the election results. 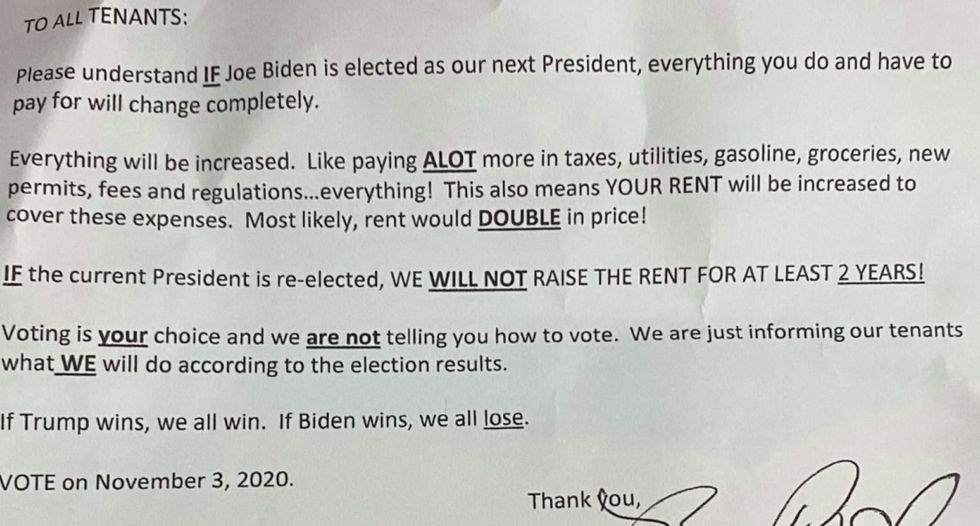 What was the tenants' response?

The outlet reported that the person who signed the letter has been contacted for comment, but did not respond in time for publication.

"I mean, we can't control how this whole election goes," she said. "It was mainly hurtful, you know? How could someone say something like that or basically threaten us according to something we can't control?"

KUSA reported that the Colorado Secretary of State's office confirmed receipt of a complaint regarding the letter, and passed it along to the state's attorney general.