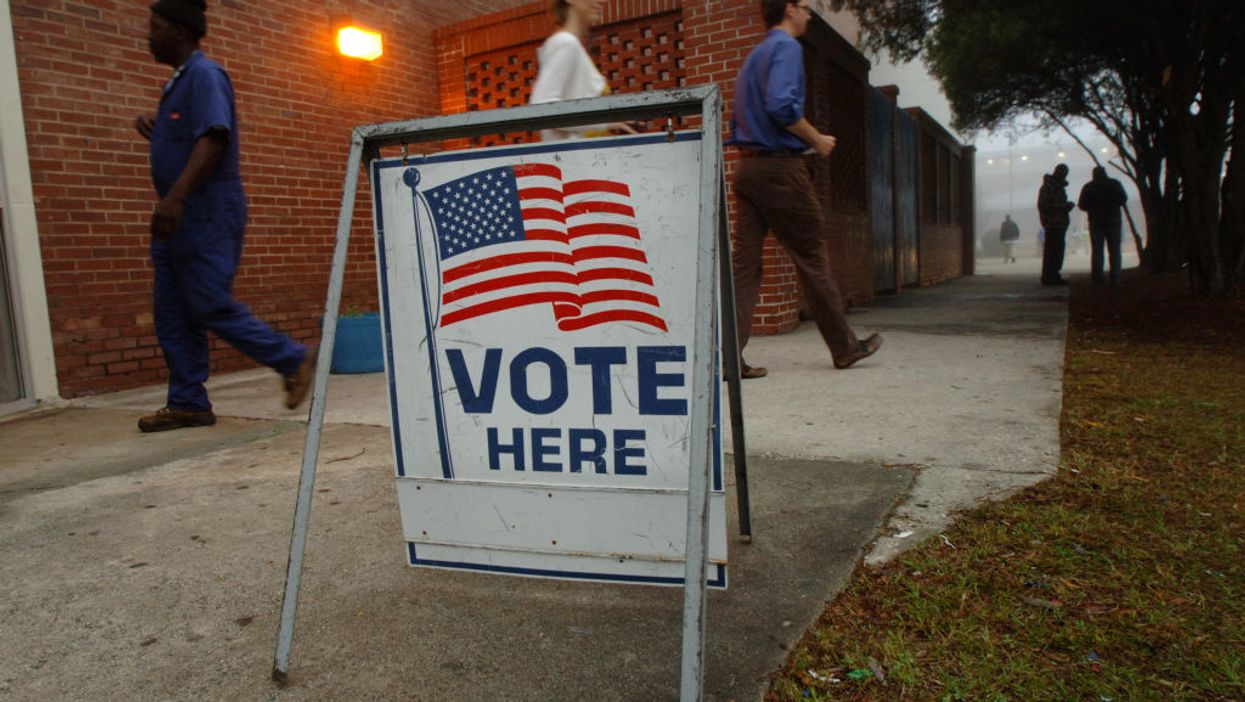 As the nation sets its sights on Georgia, where two runoff elections will determine which political party controls the U.S. Senate for the next two years, former Democratic presidential candidate Andrew Yang announced last week that he is moving to the Peach State to aid Democratic efforts there, WAGA-TV reported.

On Twitter, Yang said that "everyone who campaigned for Joe should get ready to head to Georgia."

By Saturday, Yang confirmed he was moving his family to Georgia.

"Great news #yanggang - Evelyn and I are moving to Georgia to help @ossoff and @ReverendWarnock win! This is our only chance to clear Mitch out of the way and help Joe and Kamala get things done in the next 4 years. More details to come but let's go!!!" Yang announced.

Great news #yanggang - Evelyn and I are moving to Georgia to help @ossoff and @ReverendWarnock win! This is our onl… https://t.co/KxIk38BWcz

Yang's comments immediately generated questions of whether Democratic voters are looking to exploit Georgia's lenient election laws to give Democrats the edge in both runoff elections.

Specifically, Georgia does not specify a minimum residency requirement for voting, meaning any legal permanent resident of Georgia would be able to participate in the runoff election so long as they register to vote by Dec. 7. Georgia also requires voters to show ID before voting — but state law does not require the identification to be issued by Georgia.

According to the Wall Street Journal, moving to Georgia to participate in the runoff elections is technically legal — but suggested any new residents should stay a while to avoid legal backlash.

Enrijeta Shino, a professor at the University of North Florida, told the Journal that moving to Georgia only to participate in the elections without intentions of staying would constitute fraud.

"People should be very careful about doing that," Shino warned. "These are sensitive issues, and election officials are going to pay attention to what is happening."

More from the Journal:

A spokesman for the Georgia Secretary of State's Office, which oversees voter registrations, declined to comment on how quickly someone could establish legal residency in Georgia, but cited state law that it is a felony to vote in Georgia elections if you are not a legal resident or if you are residing in the state briefly with the intention just to vote and then move away.

As of Wednesday afternoon, Sen. David Purdue (R-Ga.) led his Democratic challenger, Jon Ossoff, by nearly 90,000 votes, or about 1.7 percentage points. Although Purdue won more votes than Ossoff, Georgia law requires a runoff election because neither candidate broke the 50% threshold.

Meanwhile, the other Senate run-off, in which Sen. Kelly Loeffler (R) is the incumbent, was a special election, and more than a dozen candidates ran. No candidate reached the 50% threshold in that race, and the top two finishers — Loeffler and Democrat Raphael Warnock — were sent to the runoff.

Both runoff elections will be held on Jan. 5. Early voting for the runoff will begin Dec. 14.