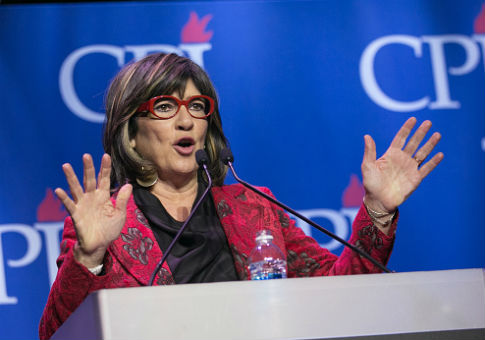 CNN chief international anchor Christiane Amanpour on Thursday compared President Donald Trump's tenure to Nazi Germany on the anniversary of Kristallnacht, the 1938 prelude to the Holocaust.

"[Kristallnacht] led to an attack on fact, knowledge, history, and truth," Amanpour said. "After four years of a modern-day assault on those same values by Donald Trump, the Biden-Harris team pledges a return to norms, including the truth."

Amanpour did not explain further why the Kristallnacht comparison was apt, merely saying the night of terror against Jews was the start of "a genocide" without naming who the victims were. She quickly moved on to saying Trump was "brooding" and conducting a "purge" by making personnel changes, while "Biden makes presidential announcements about good governance."

Members of the media and Democratic politicians have repeatedly linked President Trump's term in office with Nazism, the political movement that systematically exterminated six million Jews and tried to conquer the world.

Most recently in the run-up to the election, former vice president Joe Biden said Trump was "sort of like [Joseph] Goebbels," the propaganda minister of the Third Reich. A Yale professor and frequent CNN and MSNBC guest even tried to make the case last week that Trump was in some ways worse than Hitler.