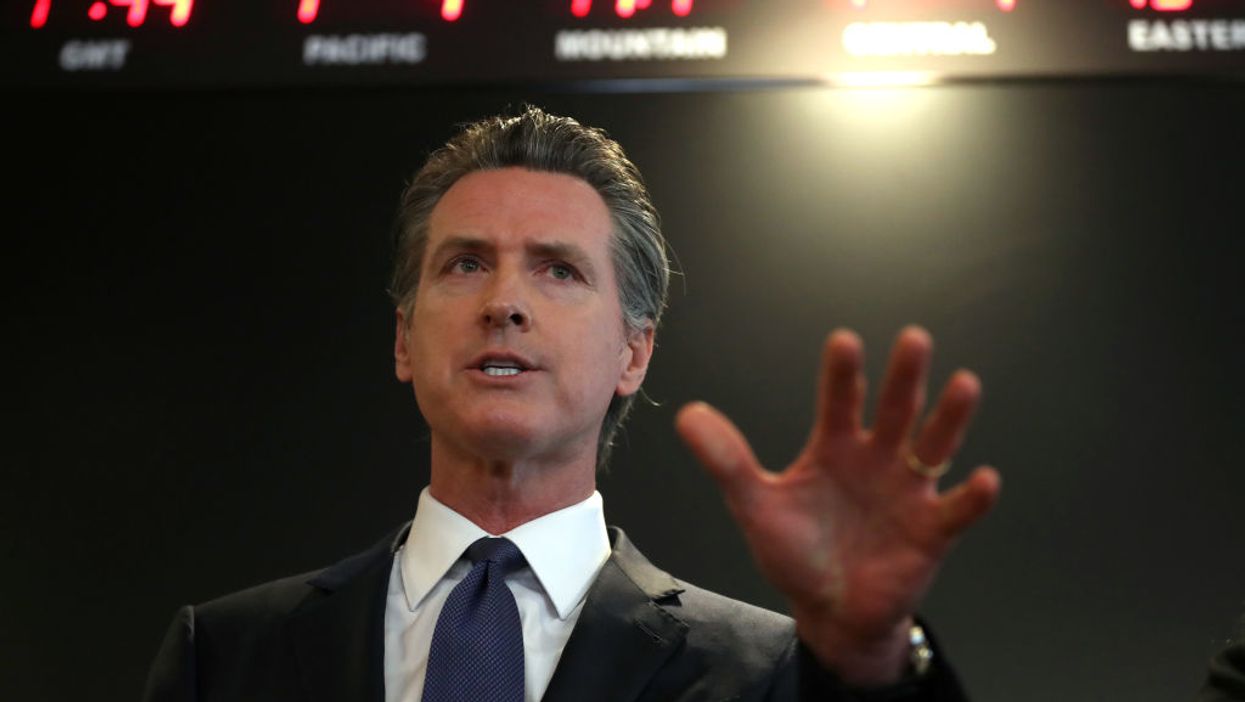 Newsom, a Democrat, attacked McConnell on Twitter by calling him an "invertebrate." Newsom insinuated that McConnell is spineless because of his non-commitment on whether Biden should be granted access to classified intelligence briefings.

In the tweet, Newsom linked to a CNN article with the headline: "Senate Majority Leader Mitch McConnell declines to respond to a question about whether President-elect Joe Biden should receive classified briefings." Newsom also provided the definition of an invertebrate, and included examples such as "jellyfish, corals, slugs, snails, octopuses," and said that McConnell was also an animal lacking a backbone.

Ranging from well known animals such as jell… https://t.co/P6aqyNqUdM

While McConnell has not commented on Biden obtaining access to intelligence briefings, other Republicans have weighed in on the topic.

House Minority Leader Kevin McCarthy (R-Calif.) said Biden is "not president right now," adding, "Don't know if he'll be president January 20, but whoever is will get the information."

Senate Armed Services Committee Chairman James Inhofe (R-Okla.) said, "I've always felt that any candidate should not necessarily be involved in those until that person becomes the president-elect and he is not the president-elect."

Other Republicans have said that Biden should be authorized to receive intelligence briefings.

Sen. Mitt Romney (R-Utah) said, "I think it is very much in our national interest to have the president-elect receiving information."

Sen. James Lankford (R-Okla.) went so far as to say that he would "step in" if Biden wasn't given access by Friday.

"There is no loss from him getting the briefings and to be able to do that and if that's not occurring by Friday I will step in as well, and to be able to push and to say this needs to occur so that regardless of the outcome of the election ... people can be ready for that actual task," Lankford told KRMG on Wednesday. "I can assure you there will be a peaceful transition of power in the United States."