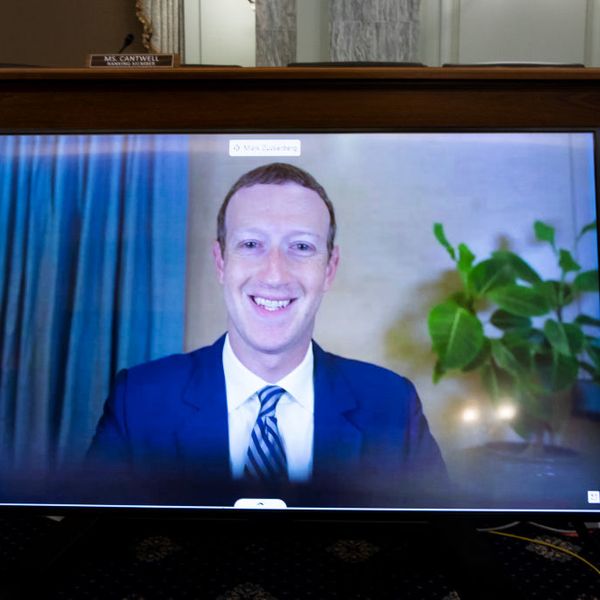 In response to pressure from liberals who were concerned about the spread of "misinformation" on the social media platform, Facebook and Google announced in October that they would place a "temporary pause" on all political advertising on Facebook beginning on the evening of Election Day, and continuing for an undetermined amount of time while the election results remained contested.

Of course, the controversy over the election continues to drag on, and social media companies have continued to face pressure from liberal groups to take action against what they claim are a number of false statements coming from the Trump campaign regarding the results of the election.

So, in order to mollify the complainants, Facebook announced Wednesday that it would continue the moratorium on all political advertising for an unspecified additional period of time, presumably to prevent the Trump campaign from buying advertising encouraging people to contribute to his efforts to contest the election. Google also made a similar announcement earlier this week.

While it might seem that the tech giants had pushed all the right buttons to respond to liberal complaints, now they have a new one: The advertising ban might hurt Democratic candidates in the Georgia Senate runoff races that will determine who holds final control of the upper chamber in Congress.

The frustration with Facebook's handling of the election extends well beyond its political ad policy. Democrats and others have condemned the social media platform for enabling viral misinformation. The Biden campaign, in particular, has criticized Facebook's approach, which often involves applying mealy-mouthed labels to content rather than removing posts that push conspiracy theories about voter fraud and sow doubt in the election.

Facebook responded to complaints about including the Georgia Senate runoff race in their advertising ban with a post from Facebook's director of product management that was posted on Twitter.

We do not have the technical ability in the short term to enable political ads by state or by advertiser, and we ar… https://t.co/hmY79JrLnf

Vox further claimed that "Critics quickly pointed out that Facebook, which is worth hundreds of billions of dollars, has had years and a seemingly endless supply of resources to build this feature."

A spokesperson for the Ossoff campaign, in a remark that was clearly disconnected with reality, went so far as to implausibly accuse tech companies of "putting their fingers on the scale for millionaire Republican candidates." A spokesperson from Raphael Warnock, who is running in the other Georgia runoff race, said that the companies' decision to not allow advertising for the Georgia race amounted to "voter suppression."

Democrats are expected to spend heavily on advertising in both Georgia races in order to help a potential Biden agenda avoid gridlock in Congress. If either Republican incumbent wins their runoff races, Republicans will maintain control of the Senate and will likely block any significant liberal agenda items from becoming legislation.