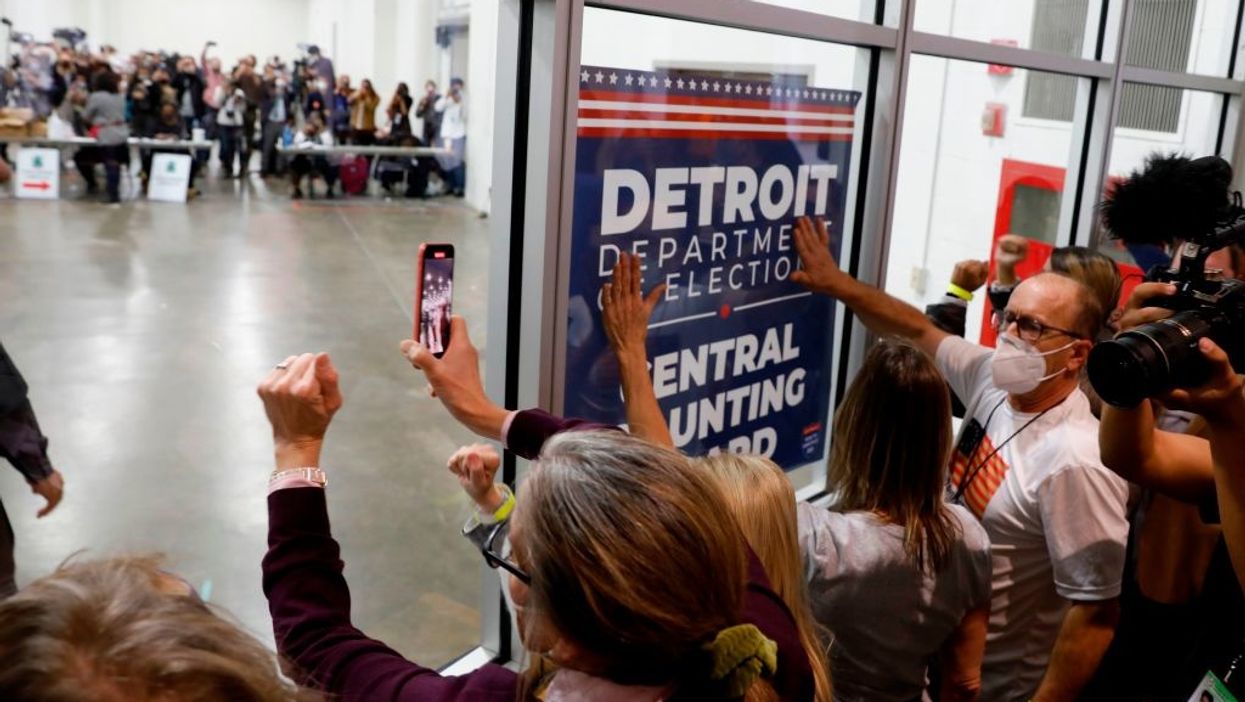 Another federal lawsuit was filed in Michigan this week that seeks to toss out up to 1.2 million votes, which would flip the Great Lakes State in President Donald Trump's favor.

The lawsuit, filed by four voters in the U.S. District Court for the Western District of Michigan, seeks to toss out ballots in three Democratic strongholds — Wayne, Ingham, and Washtenaw counties — over allegations of voter fraud, according to Michigan Live.

Those three counties are responsible for about 1.2 million votes, favoring Biden by more than 2:1. Eliminating ballots from those counties would give Trump a victory in Michigan.

Plaintiffs claim that "sufficient evidence" exists "to place in doubt the November 3 presidential-election results" in the three identified counties, citing "issues with transparency, fraudulent changing of dates, a software glitch, clerical errors, illegal votes, and many other issues and irregularities."

Plaintiffs also cite ongoing investigations launched by the Michigan Legislature and a variety of other claims that have been debunked. The allegations include charges of Republican ballot challengers being harassed and illegal tampering with ballots.

Plaintiffs conclude that "this evidence suffices to place in doubt the November 3 presidential election results in identified counties and/or the state as a whole." However, the group of voters also claims to have additional evidence of illegal ballots being included in unofficial results, based on "expert reports" and data analysis.

The lawsuit further says that certifying the votes would violate voters' First Amendment and Fourteenth Amendment rights by "vote-dilution disenfranchisement."

Are the lawsuits working?

The most recent loss came on Friday, when Wayne County Circuit Chief Judge Timothy Kenny denied a request for an independent audit of Wayne County votes, according to the Detroit Free Press. The lawsuit had claimed local election officials managed a fraudulent election.

Also on Friday, Trump's campaign dropped a legal challenge in Arizona and shut down its voter fraud hotline. The campaign also suffered a loss in federal court when the U.S. Court of Appeals for the Third Circuit ruled against the campaign's efforts to block mail-in votes received after Election Day from being counted.