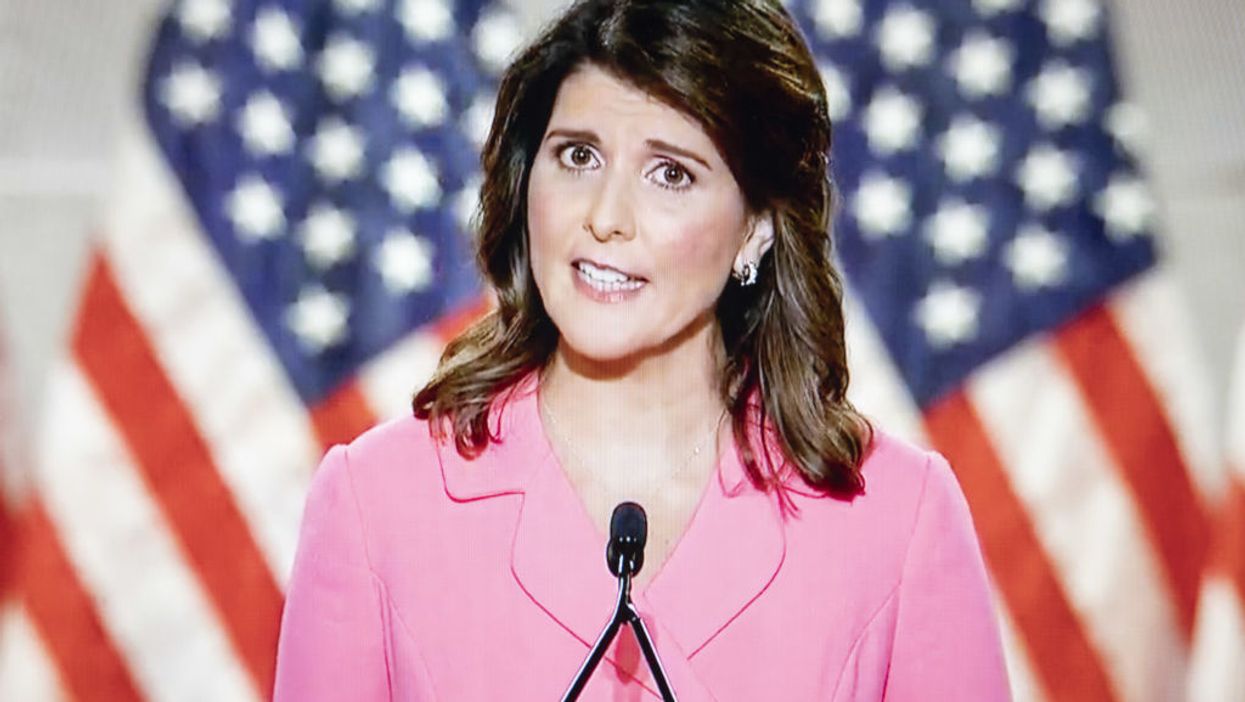 Nikki Haley challenged Twitter on Friday after the social media platform flagged one of her tweets regarding election fraud. The former United Nations ambassador demanded to know why her tweet was tagged with a warning label from Twitter, but there was no disclaimer whatsoever on a tweet from Iran's leader doubting the Holocaust.

Haley posted a general warning about election fraud, while not citing the 2020 presidential election or any specific situation. The tweet in question included a link to "Stand for America," Haley's "advocacy group promoting public policies that strengthen America's economy, culture, and national security."

"Despite what the media tells us, election fraud does happen, and policies like ballot harvesting and mailing ballots to people who don't request them makes it easier," Haley tweeted. "That needs to stop."

In less than two hours, Twitter slapped a warning label on Haley's tweet that said, "This claim about election fraud is disputed." The warning linked to a fact-checking website that said voter fraud was "incredibly rare."

Haley included a screenshot of Khamenei's tweet from October, where he said, "The next question to ask is: why is it a crime to raise doubts about the Holocaust? Why should anyone who writes about such doubts be imprisoned while insulting the Prophet (pbuh) is allowed?"

Wow.  When Iran’s Ayatollah says the Holocaust didn’t happen, Twitter doesn’t say “this claim is disputed.”  When I… https://t.co/tAsnVn0pWo

Twitter claims that Haley's tweet was flagged because it violated the company's Civic Integrity Policy, which states, "You may not use Twitter's services for the purpose of manipulating or interfering in elections or other civic processes."

This isn't the first time Haley has questioned Twitter for allowing the Ayatollah to post questionable ideas on the social media network, but has no issues in censoring conservatives.

During a hearing on anti-Semitism in July, a Twitter representative defended the social media company's decision not to block tweets from Khamenei calling for genocide, while at the same time flagging tweets from President Donald Trump.

"What does this say when @Twitter censors @realDonaldTrump more than the Ayatollah? Social media needs to give conservatives the same rights as they give terrorist leaders."

What does this say when @Twitter censors @realDonaldTrump more than the Ayatollah? Social media needs to give conse… https://t.co/fMI6tIKhRO

Khamenei has questioned if the Holocaust really happened in the past.

The website for the United States Holocaust Memorial Museum published an article titled: "Holocaust Denial and Distortion from Iranian Government and Official Media Sources," which includes 30 examples of Holocaust misinformation from Iran between 1998–2016, including several instances by Khamenei.