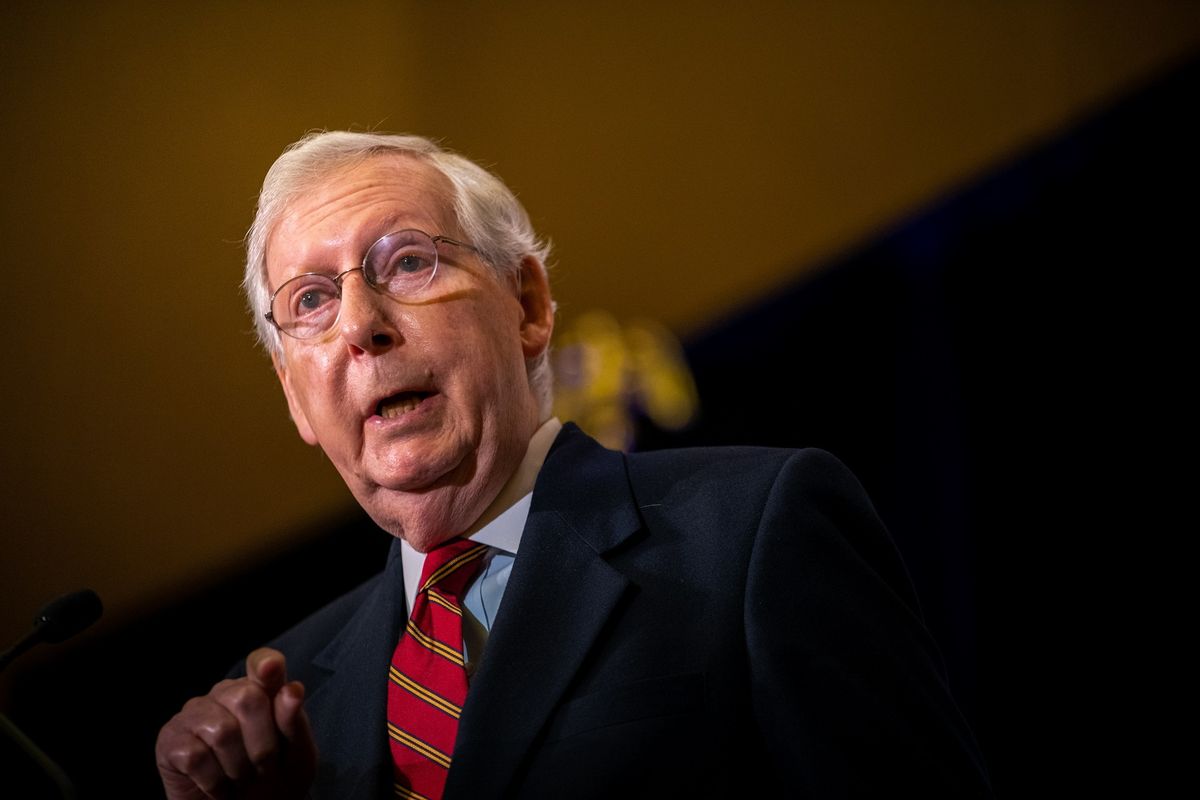 Senate Majority Leader Mitch McConnell (R-Ky.) warned Monday against rushing to pull more U.S. servicemembers from Afghanistan and other countries in the Middle East, saying that a "premature American exit" would harm U.S. allies and help its enemies.

His comments come as several outlets reported that President Donald Trump is planning a significant troop drawdown before Inauguration Day.

Politico reported that according to an unnamed defense official, "The White House has told the Pentagon to begin planning to bring the troop levels in Afghanistan and Iraq down to 2,500 each by Jan. 15, just days before President Donald Trump leaves office."

The military is in the midst of drawing down from roughly 8,600 to 4,500 troops in Afghanistan under the terms of a peace agreement with the Taliban announced in February. The new order would roughly halve the number of American troops in the country again, to 2,500 ahead of the full withdrawal planned by May 2021 in exchange for a set of guarantees from the Taliban.

Speaking from the Senate floor on Monday, McConnell did not directly criticize the president. Rather, he said that in Congress, "a small minority in both parties seem to think it is in America's power to unilaterally remove conflicts by simply walking away from them."

The majority leader went on to praise the Trump administration for making "tremendous headway in creating the conditions that will secure the enduring defeat of the terrorists," but argued that there is still work to be done before the U.S. withdraws its troops too aggressively.

"The consequences of a premature American exit would likely be even worse than President Obama's withdrawal from Iraq back in 2011," McConnell said, according to The Hill. "It would be reminiscent of the humiliating American departure from Saigon in 1975. We'd be abandoning our partners in Afghanistan."

He added, "A disorganized retreat would jeopardize the track record of major success this administration has worked to compile."

Not everyone agreed with McConnell's remarks.

Sean Davis, co-founder of The Federalist, tweeted in reaction to the majority leader's comments, "We've been in Afghanistan for 20 year[s]. Withdrawal is long overdue, not 'quick.' It's a myth that there's no bipartisan consensus in Washington. Both parties have spent decades trying to push two things down America's throat: open borders, and forever war."

We've been in Afghanistan for 20 year. Withdrawal is long overdue, not "quick."