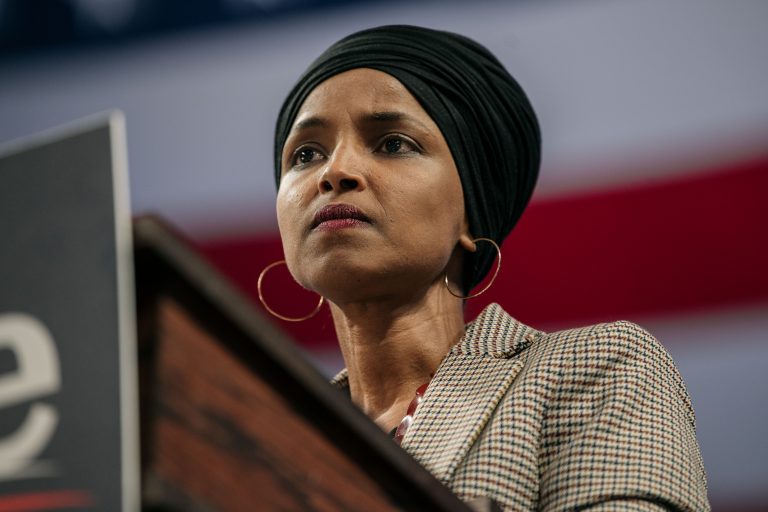 Rep. Ilhan Omar (D., Minn.) is cutting ties with her husband's political consulting firm, which raked in nearly $3 million from her campaign committee during the 2020 election cycle.

Omar's campaign sent an email to supporters Sunday saying she will now distance herself from the E Street Group, which is owned by her husband, Tim Mynett, and Will Hailer.

"So we've decided to terminate our contract with Tim and Will's firm," the email states. "While many of our close supporters know these two well and have recommended we keep them on — I want to make sure that anybody who is supporting our campaign with their time or financial support feels there is no perceived issue with that support."

Omar has faced consistent scrutiny over her campaign's payments to the firm, which the Washington Free Beacon has regularly tracked since the cash flow began last year. Omar's campaign has paid out nearly $3 million to the firm to cover advertisements, consulting, travel expenses, and production costs. The E Street Group has been the campaign's largest vendor.

In September, Omar said getting rid of her husband's firm would be a "stupid thing to do." She also defended herself after a Free Beacon report revealed that she had doled out $600,000 in payments to the firm over a three-week period in the beginning of July.

"I don't pay my husband, I pay the firm to do work, and that 600 really is an example of that work," she said. "And so what we do is that we have this firm really carry out the contractual work that we do with other vendors."

Omar's campaign did not respond to a request for comment on what led to the decision.

Before marrying, Omar and Mynett had denied they were in a romantic relationship. In August 2019 divorce filings, Mynett's then-wife said he was involved with Omar. At the time, Omar denied being separated from then-husband Ahmed Abdisalan Hirsi, and Mynett claimed his then-wife was trying to ruin his career.

The post Omar Cuts Ties to Husband’s Firm, Which Raked in Nearly $3 Million from Her Campaign appeared first on Washington Free Beacon.