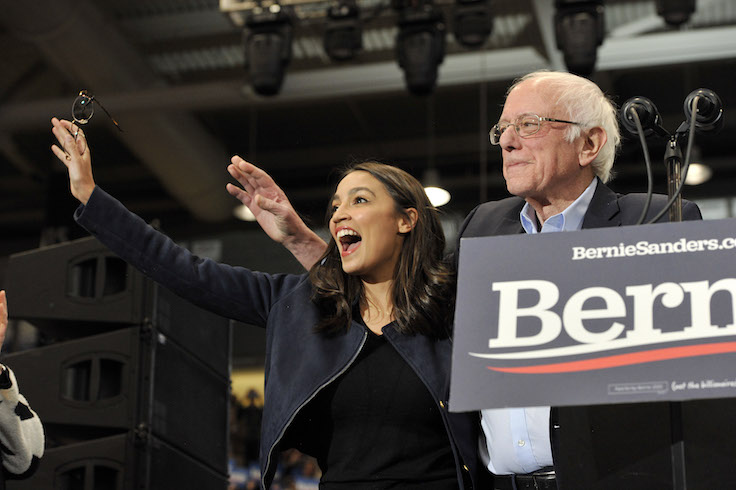 Sen. Bernie Sanders (I., Vt.) said he doesn't know any candidate who supports defunding the police—even though numerous left-wingers have called for slashing police budgets or abolishing police departments altogether.

"Nobody I know who's running for office is talking about ‘defunding the police,'" Sanders said in a Sunday CNN interview, referring to candidates who ran in this month's election. "What we're talking about is making police officers accountable."

The far-left House Democrats known as "the Squad" and other newly elected progressives, however, have said otherwise.

"Defunding police means defunding police," she said in a statement. "If these reports are accurate, then these proposed ‘cuts' to the NYPD budget are a disingenuous illusion. This is not a victory. The fight to defund policing continues."

"We can't go about creating a different process with the same infrastructure in place," Omar said in June. "And so dismantling it, and then looking at what funding priorities should look like as we imagine a new way forward, is what needs to happen."

Another "Squad" member, Rep. Ayanna Pressley (D., Mass.), used the #DefundPolice hashtag in a June tweet and has called for removing police officers from schools.

"We're going to defund the police and refund our social services," Bush tweeted. "Don't like this idea? Well, we don't like dead Black & Brown bodies & broken families at the hands of those sworn to protect us. The police have failed at fixing themselves—so we're going to do it."

We're going to defund the police and refund our social services.

Don’t like this idea? Well, we don’t like dead Black & Brown bodies & broken families at the hands of those sworn to protect us.

The police have failed at fixing themselves—so we're going to do it.

Congressman-elect Jamaal Bowman (D., N.Y.) has also voiced support for defunding the police, which he likened to defunding "the occupation of black bodies and the militarization of our communities."

How traumatizing is this for these kids? Will they receive an apology? Compensation? Mental health supports? No. They just have to go on being black in America.

Defund the police means defund the occupation of black bodies and the militarization of our communities. https://t.co/8D5oZ2d23f

Sanders's statements follow House Democrats' heated post-election conversation in which more moderate party members blamed leftist messaging, such as defunding the police, for several losses and near losses in this election. Anti-police activists began calling for local governments to reform and defund the police in May following the death of George Floyd.