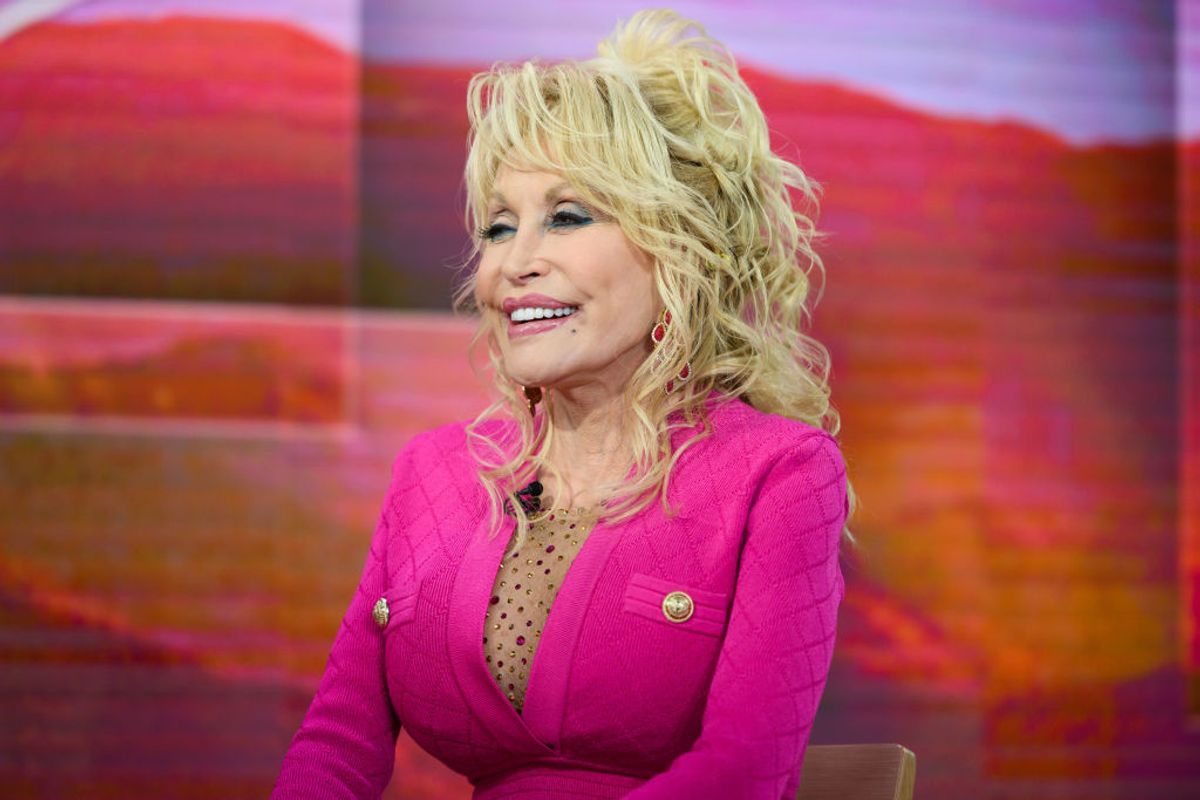 In April, Parton announced on social media that she donated $1 million to the Vanderbilt University Medical Center in Nashville, Tennessee, for coronavirus research. Now, several months later, it has been revealed that her donation went toward funding Moderna's COVID-19 vaccine, the second vaccine in recent days to report a surprisingly high success rate against the virus in human trials.

"My longtime friend Dr. Naji Abumrad, who's been involved in research at Vanderbilt for many years, informed me that they were making some exciting advancements toward research of the coronavirus for a cure," Parton wrote on Instagram at the time regarding her decision to donate. "I am making a $1 million donation to Vanderbilt towards that research and to encourage people that can afford it to make donations. Keep the faith."

Speaking with NBC News Tuesday morning after hearing the news about Moderna's vaccine, Parton indicated she was happy to hear that her donation made a difference.

"When I donated the money to the COVID fund I just wanted it to do good and evidently, it is! Let's just hope we can find a cure real soon," she said.

When I donated the money to the Covid fund I just wanted it to do good and evidently, it is! Let’s just hope we can… https://t.co/Mn4KoAUEuw

On Monday, Moderna announced that its vaccine, developed under President Trump's Operation Warp Speed, turned out a 94.5% success rate in preventing the virus during large-scale human trials.

According to a CNBC report, "The analysis evaluated 95 confirmed COVID-19 infections among the trial's 30,000 participants."

"Moderna, which developed its vaccine in collaboration with the National Institute of Allergy and Infectious Diseases, said 90 cases of COVID-19 were observed in the placebo group versus 5 cases observed in the group that received its two-dose vaccine. That resulted in an estimated vaccine efficacy of 94.5%," the report added.

The news of its success rate followed similar findings from Pfizer's vaccine trials, which announced Nov. 9 that its vaccine has shown to be 90% effective against the virus.

Both companies have heralded the results and promised to produce tens of millions of doses of the vaccines for deployment in the United States by the end of 2020 and potentially more than 1 billion doses globally by the end of 2021.

The reports marked major breakthroughs in the fight against the novel coronavirus that has plagued the world for the last year after first being discovered in Wuhan, China. In all, the virus has infected over 50 million people globally, killing more than 1 million.