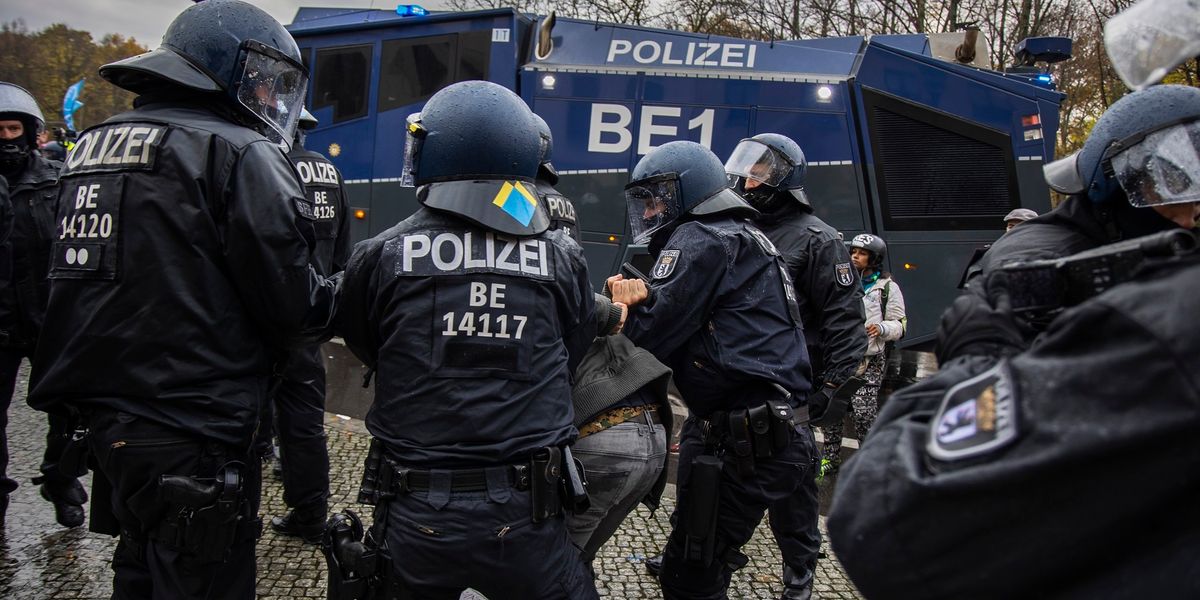 More than 200 people were arrested in Germany's capital city of Berlin on Wednesday, as law enforcement used water cannons to disperse thousands of demonstrators protesting against the government's consideration of its authority to impose COVID-19 restrictions.

The protesters say their government's actions amount to a "corona dictatorship."

Berlin police estimated that at least 200 arrests were made out of the crowd of 5,000 to 10,000 people who descended on the streets of the city as parliament debated a bill that, according to the Associated Press, "would provide legal underpinning for the government to issue social distancing rules, require masks in public and to close stores and other venues to slow the spread of the virus."

The measure passed both chambers of parliament and was signed by German President Angela Merkel the same afternoon.

As lawmakers in the German parliament voted to amend the country's Infection Protection Act, which lays out the restrictions aimed at curbing the spread of COVID-19, thousands were protesting in the capital, accusing the government of using the law to curtail basic rights and establish a "corona dictatorship."

The Washington Examiner reported that German officials had pre-emptively banned a dozen protests Tuesday that were planned in Berlin on Wednesday, citing security concerns. Authorities formed a perimeter around the Reichstag, Germany's parliament building, and demonstrations were not allowed in that area, but were allowed in other parts of the city.

The Washington Post reported last week that protests in Germany against the government coronavirus restrictions "are becoming increasingly radical," citing a 20,000-person-strong demonstration last month in the city of Leipzig. As evidence, the outlet pointed to a researcher who asserted that across the entire country of Germany, "there are around 77,000 unique users in QAnon-associated Telegram chat groups."

Authorities in Saxony said that most of the 20,000 people who gathered Saturday were peaceful. While 8 in 10 Germans think that strict measures are necessary to contain the coronavirus, according to a poll by ARD television, around 1 in 4 think the restrictions are disproportionate. Germany entered a new month-long lockdown at the beginning of November, as cases surged across Europe.

This post has been updated to add footage from the demonstration.