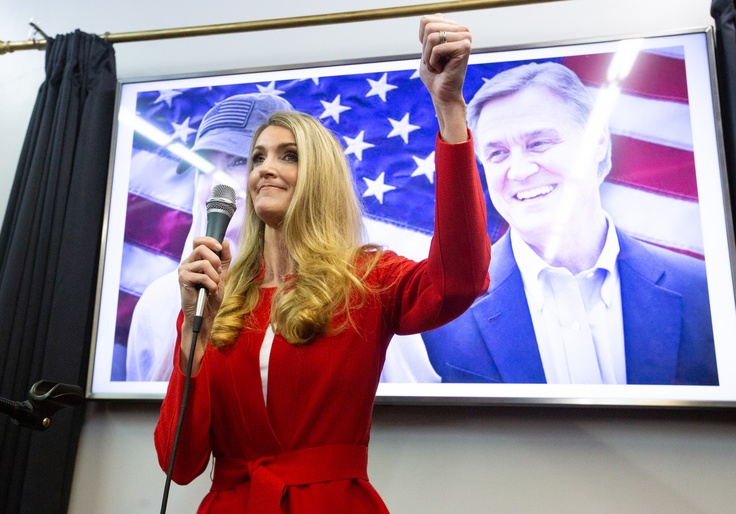 Gun-rights proponents have started spending big in the Georgia runoff elections that will determine control of the Senate.

The National Rifle Association began pouring hundreds of thousands of dollars into reelecting Republicans David Perdue and Kelly Loeffler over the past five days, according to Federal Election Commission disclosures. The money has gone to canvassing, mail ads, and door hangers aimed at supporting the Republicans or opposing Democrats Jon Ossoff and Raphael Warnock. It has yet to be matched by any spending from gun-control groups such as Michael Bloomberg-backed Everytown for Gun Safety.

Despite the early spending lead from gun-rights activists, both sides have described the stakes of the election as monumental. If both Democrats win, the party would effectively control the Senate with soon-to-be vice president Kamala Harris casting tie-breaking votes on important issues like Joe Biden's sweeping gun-control proposals. Victories from either Perdue or Loeffler would maintain GOP control of the upper chamber and help to block Biden's agenda, which includes a proposed tax on certain rifles and ammunition magazines that would cost upward of $34 billion.

Mark Oliva, a spokesman for the National Shooting Sports Foundation, said the runoffs will determine if Democrats will have a chance to pass gun-control legislation like universal background checks and assault-weapon bans opposed by Perdue and Loeffler but supported by Ossoff and Warnock. The group is ramping up its Gun Vote registration and turnout program in the state.

"The choice in Georgia is the choice of, ‘Do we preserve our American character and our God-given rights or do we allow the steamrolling of radical ideologies to eradicate our rights?'" Oliva told the Washington Free Beacon. "Do the House, the Senate, and the executive all fall under Democratic radical gun-control ideas? Or are we able to have a stop, a blocking measure, with Republicans controlling the Senate and making sure that gun-control ideas die on the vine?"

Gun-control advocates were just as adamant in their support for Ossoff and Warnock.

"If we elect a gun-safety majority to the Senate, the Biden-Harris administration will have everything they need to hit the ground running and make tangible change starting on day one," gun-control group Brady United told its supporters in an email. "We're on the cusp of real, lifesaving change."

Shannon Watts, founder of Everytown subsidiary Moms Demand Action, said the group's "grassroots army of volunteers is ready to get to work" in a press release. The group did not respond to a request for comment on whether it planned to try and match NRA spending in the race. Despite backing from billionaire Michael Bloomberg, Everytown was unable to match the gun-rights group's spending in the 2020 elections.