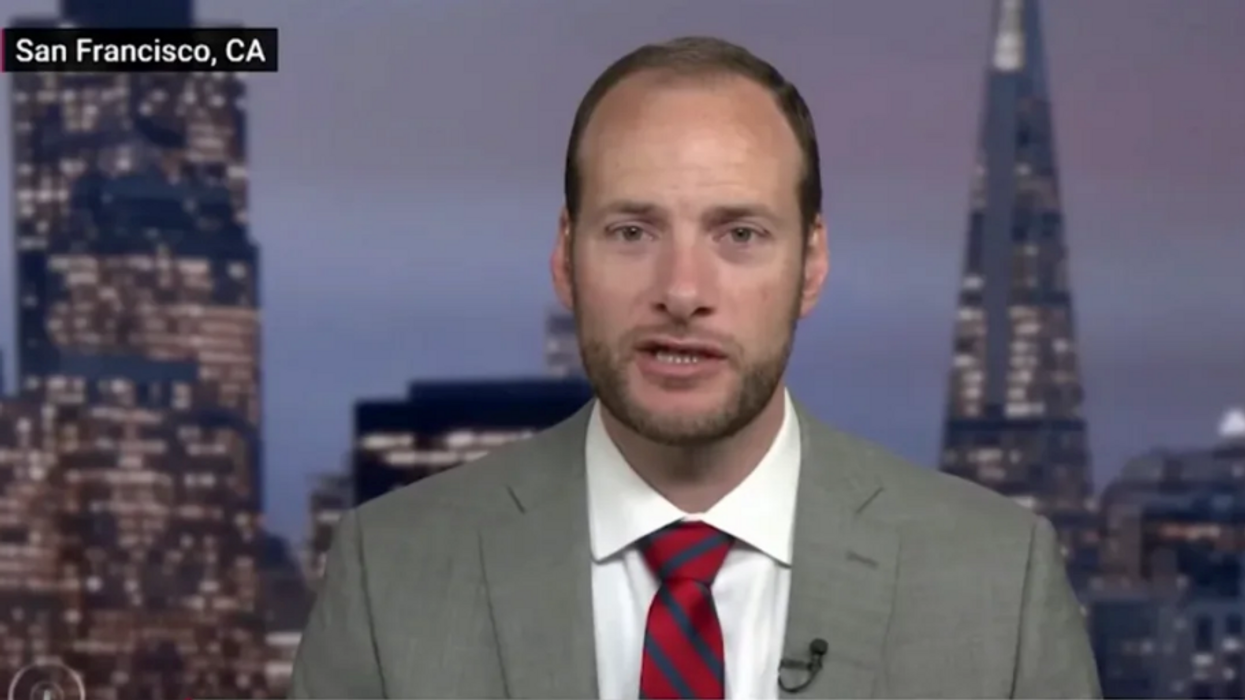 As TheBlaze reported, Rittenhouse — the 17-year-old who made national headlines during the Kenosha riots for shooting and killing two people in what he claims was self-defense — posted $2 million bail on Friday.

Rittenhouse has been charged with two counts of murder. But even the criminal complaint against Rittenhouse reads like Rittenhouse acted in self-defense. There is, indeed, evidence, such as videos of the alleged crimes, that suggests Rittenhouse's self-defense claims are valid.

If Rittenhouse is convicted of the charges against him, he faces a mandatory life sentence in prison.

What did Boudin say?

Boudin said Friday that Rittenhouse's bail is yet more evidence of the "failings of money bail." Boudin both injected race into his reaction, and spoke about Rittenhouse as if the teenager is guilty of the crimes alleged against him, despite the presumption of innocence.

"Anyone want to understand the failings of money bail?" Boudin said. "Look no further: strong evidence of a white shooter motivated by racial bias committing a double murder with an assault rifle. But wealth sets him free."

It should be noted that both of the men whom Rittenhouse shot and killed were white.

Anyone want to understand the failings of money bail?

Boudin — who is self-described socialist, according to Vice — has implemented numerous far-left reforms to San Francisco's criminal justice system, including ending cash bail.

According to Boudin, cash bail is a "discriminatory and unsafe approach to pretrial detention." Now, pretrial release in San Francisco is determined by "public safety, not on wealth," Boudin said in January, the San Francisco Chronicle reported.

Boudin argued cash bail is essentially racist. From his office:

Money bail has disproportionately impacted our poorest communities as well as communities of color. In San Francisco, African-Americans pay over $120 per capita per year in non-refundable bail fees compared to $10 per capita per year for white individuals. Additionally, since 99% of people who post bail in San Francisco use private bail bond companies, there is an instant and dramatic transfer of wealth from low-income neighborhoods and communities of color to private industry; roughly $10-$15 million in non-refundable fees are paid annually to bail bond agencies.

The San Fransisco police union has not been fond of Boudin.

Reacting to his policy ending cash bail, union president Tony Montoya said, "Mr. Boudin is in the process of building the largest criminal justice revolving door imaginable, and San Franciscans will pay a heavy price for it."