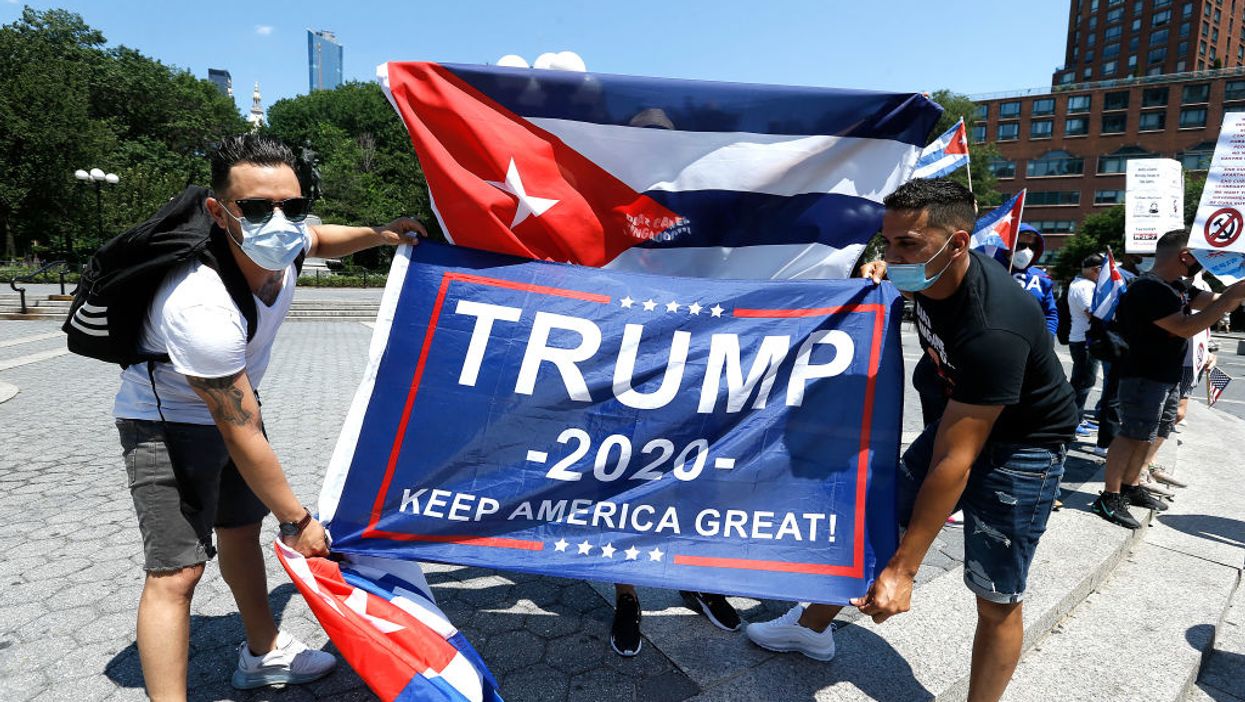 President Donald Trump earned 32% of Latino voters in the 2020 presidential election, which caught many Democrats by surprise since he was branded as a "racist" by the mainstream media for four years.

Trump excelled with Tejanos, Mexican American inhabitants of southern Texas. In Zapata County, Texas, which is 94.7% Hispanic, Trump defeated Biden by a margin of 52-to-47. Thanks to the Democrats cozying up to socialism, approximately 55% of Florida's Cuban-American vote went to Trump.

A new report found that Trump's increased support from Latinos wasn't limited to only border towns in Texas and South Florida. Trump made significant inroads with Latino voters in the 2020 election throughout the nation.

Trump improved his margins in 78 of the country's 100 majority-Hispanic counties, according to election analysis by Politico. The report added that Trump increased his support with Hispanic voters in the top 10 battleground states, based on exit polls.

"Puerto Ricans as far away as Philadelphia and Mexican Americans in Milwaukee drifted Trump-ward," Politico reported.

"Most Latinos identify first as working-class Americans, and Trump spoke to that," Josh Zaragoza, a top Democratic data specialist in Arizona, told Politico's Marc Caputo. Zaragoza continued, "Their economic language is more aligned with the way Republicans speak: pulling yourself up by your bootstraps, owning your own business."

Jose Parra, founder of the consultancy Prospero Latino, said, "Let's face it, 'defund the police' is just not the best slogan, especially in a place like Miami, where a lot of people work in law enforcement, or along the border of Texas, where Latinos are in Border Patrol."

"Calls to 'defund the police,' a boycott of Goya Foods and the threat of socialism turned off some Latino voters. And even using the term Latinx to describe Latinos in a way that's gender-neutral only served to puzzle many Hispanics," the article stated.

During a conference call earlier this month between Democrats attempting to discover what went wrong in the 2020 election, members of the DNC were reportedly concerned with the party's embrace of far-left policies such as defund the police as well as flirting with socialism.

"Defund police, open borders, socialism — it's killing us," Rep. Vincente Gonzalez (D-Texas) allegedly said. "I had to fight to explain all that."

Rep. Abigail Spanberger (D-Va.) allegedly went so far as to say, "We have to commit to not saying the words 'defund the police' ever again. We need to not ever use the words socialist or socialism ever again. It does matter, and we have lost good members because of that."

"If we run this race again we will get f***ing torn apart again in 2022," the Virginia congresswoman reportedly proclaimed.