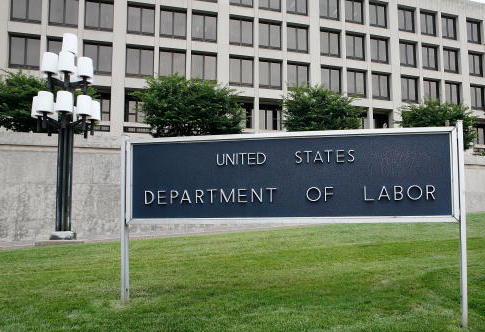 The Department of Labor will enact new measures to crack down on the undercutting of American wages by foreign workers.

The department announced in a Tuesday press release that it will set new wage rates for foreign workers to prevent potential abuses of the pay scale that undercut American wages. The reform is intended to safeguard job opportunities for American workers, according to the release.

The wage scale for paying foreign workers is too low, the department said, and undermines the wages and employment opportunities of U.S. workers.

"The Department also determined that the existing wage levels were artificially low and provided an opportunity for employers to hire and retain foreign workers at wages well below what their U.S. counterparts earn, creating an incentive to prefer foreign workers to U.S. workers," a Labor Department outline of the new regulation reads. "Existing wage levels [are] … at odds with the statutory scheme and [cause] downward pressure on the wages of the domestic workforce."

Secretary of Labor Eugene Scalia said the new labor reforms will cut down on abuse in the foreign worker economy.

"The U.S. Department of Labor is taking these steps to strengthen wage protections, address abuses in visa programs, and protect American workers from being undercut by cheaper foreign labor," Scalia said.

Scalia will likely be succeeded by President-elect Joe Biden’s pick for labor secretary, Marty Walsh. As mayor of Boston, Walsh worked to create a more hospitable environment for foreign workers, passing legislation making Boston a sanctuary city for illegal immigration. In 2018, Walsh ignored pleas from ICE to crack down on his city’s immigration issues.

Scalia’s wage reforms will take effect 60 days after they are published in the Federal Register.