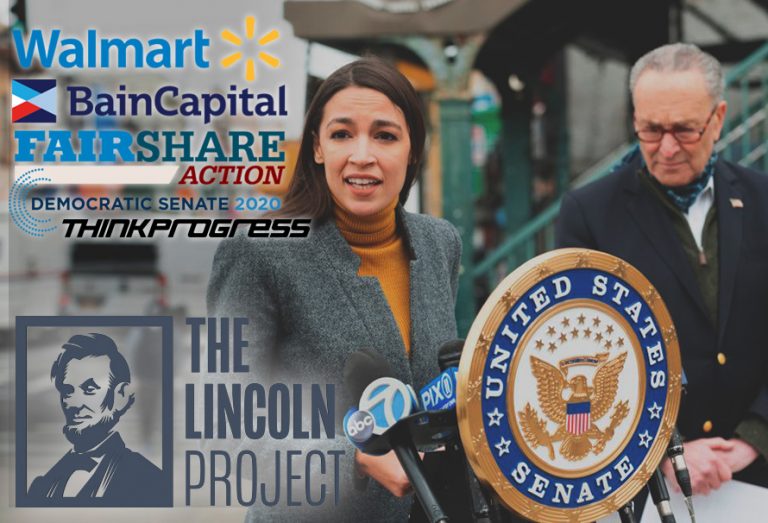 The Lincoln Project, a left-wing super PAC founded by minor internet celebrities, wants to remind its rich liberal donors that Donald Trump's defeat in the 2020 election doesn't mean they should stop giving money to the Lincoln Project.

Last year, the super PAC spent almost $12 million in an effort to unseat seven incumbent GOP senators, going 0 for 7 in the process. When Rep. Alexandria Ocasio-Cortez (D., N.Y.) accurately described the Lincoln Project as a "scam" siphoning money away from people "who deserve it," the gang of former Republican operatives tried to win her over by bragging about how rich they are and how much they "admire" women who work in restaurants.

"I would like to officially reach out to @AOC on behalf of the @ProjectLincoln in defense of democracy," wrote PAC cofounder Steve Schmidt, the ex-GOP strategist who persuaded John McCain to pick Sarah Palin as his running mate. "We disagree on many issues and that is ok in our view. Btw, we don’t look down on waitresses. We admire them. We are all the types of guys who always tip at 50% or more."

Senate Majority PAC, whose mission is to elect Democrats to the Senate, gave $1.9 million to the Lincoln Project. Democratic-aligned dark money groups also pitched in. Majority Forward PAC, which was founded by Democratic lawyer Marc Elias and shares an address with Senate Majority PAC, contributed $1.3 million. The Sixteen Thirty Fund, which Politico recently described as "one of the left’s biggest financial hubs," donated $300,000. Fair Share Action gave at least $100,000.

Like most run-of-the-mill Democratic political organizations, the Lincoln Project receives a large percentage of its funding from liberal billionaires, including David Geffen, Hyatt heiress Jennifer Pritzker, Groupon founder Eric Lefkofsky, and hedge-fund titan Stephen Mandel. Walmart heiress Christy Walton is also a donor, as is Jeffrey Katzenberg, the Hollywood executive whose net worth is a mere $900 million.

Naturally, Hollywood celebs and private-equity executives are also a key part of the Lincoln Project's donor base. Directors Jay Roach and Rob Reiner have pitched in, while John Connaughton, the global head of Bain Capital's private-equity division, is a top donor.

"We are not a Democratic organization," Lincoln Project cofounder Reed Galen said in December. "We are a pro-democracy organization."

In related news: Dick Hed, an individual of unknown occupation residing in Tulsa, Okla., has donated $20,000 to the Lincoln Project, according to federal election records.