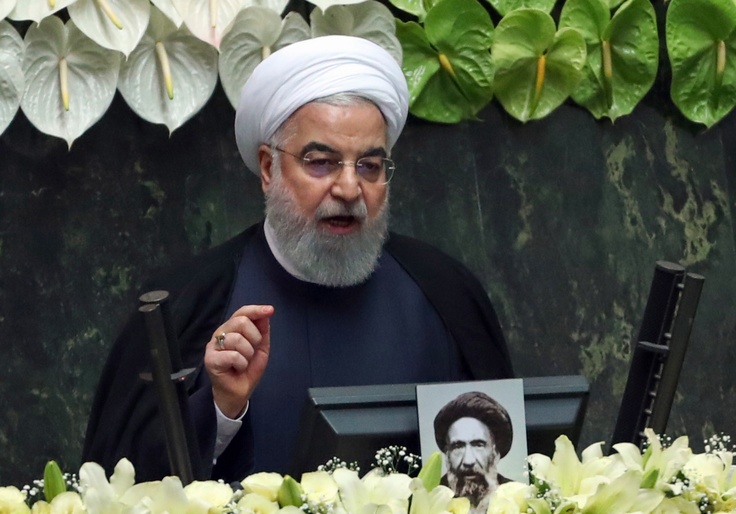 The Iranian parliament is debating a bill that pledges to destroy Israel within 20 years.

The bill, which was introduced to the Iranian parliament on Dec. 30, includes the stated goal of destroying Israel by 2041. The "aggressor Zionist regime" poses a threat to Iran, according to the bill, which would require the Islamic Republic to violate Israel's blockade of Gaza. The legislation would put additional pressure on Ayatollah Ali Khamenei's government to ramp up its military operations against Israel and the United States and is backed by some of Tehran's most hardline politicians. It also calls for a "decisive act of revenge" against the United States military in response to the airstrike that killed Iranian general and terrorist Qassem Soleimani last year.

The bill would also push Iran to seek help from countries in the so-called axis of resistance to counter American interests. The Iranian politicians list Syria, Iraq, Lebanon, and groups in the Gaza Strip as potential partners for closer financial ties. Another group targeted by the bill is Yemen's Houthi militia, which the State Department declared a terror group on Sunday. The bill would also direct Iran to re-up trade relations with some of Washington's chief competitors, such as China, Russia, and Venezuela. In recent months, all three U.S. rivals have inched closer to Tehran through economic and security-based agreements.

An analysis of the legislation from the Washington Institute for Near East Policy, a national security think tank, expects the bill to pass in the coming weeks.

"The new bill is a good example of Iran's continued terrorist, anti-American, and anti-Israeli intentions," the report said. "The regime needs to be held accountable for the bill's contents if it becomes law."

The bill comes to public attention as Secretary of State Mike Pompeo offered remarks Tuesday condemning Iran for its role as al Qaeda's new "home base," as Pompeo confirmed that the terrorist organization's second-in-command was killed on the streets of Tehran last summer.