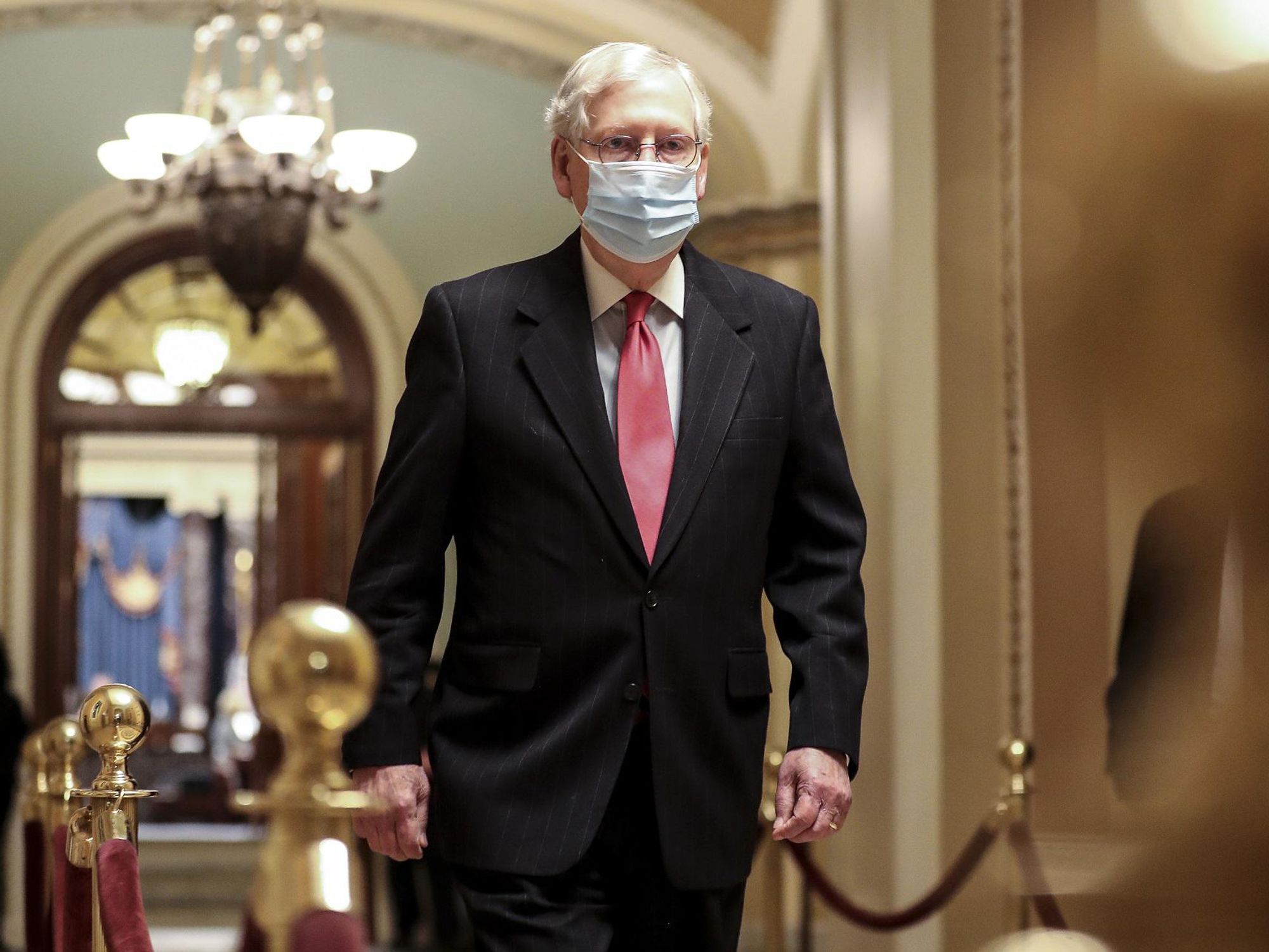 Republican Senate Majority Leader Mitch McConnel (Ky.) is reportedly "pleased" with congressional Democrats' efforts to impeach President Donald Trump over last week's attack on the Capitol building by a pro-Trump mob, according to a report from The New York Times.

The newspaper claims McConnell believes the move could help "purge" the president from the GOP, and that the leader blames President Trump for Republicans losing control of the Senate.

The Times reported that McConnell "has told associates that he believes President Trump committed impeachable offenses and that he is pleased that Democrats are moving to impeach him, believing that it will make it easier to purge him from the party, according to people familiar with his thinking."

A spokesperson for McConnell declined to comment on the report, instead directing the outlet to the speech the Republican leader made condemning the attack that left several Trump supporters dead, including a Capitol Police officer.

Reporter Jonathan Martin, who co-wrote the piece, added in a tweet that President-elect Joe Biden "called McConnell yesterday and asked if Senate could dual track impeachment trial and Cabinet confirmations. Far from telling Biden he would not discuss the impeachment, McConnell said he would check with the parliamentarian and get back to Biden."

Martin pointed to a tweet that he says is "the thinking in McConnellworld," which read, "As stunning as Rs moving against Trump would be, the alternative is that he sticks around and makes their lives/careers hell for the next four years (at least.) If that's going to happen anyway, a clean break looks pretty attractive. Now or never."

This is the thinking in McConnellworld — now is the time to make the move, w Trump staggered https://t.co/MLHMEPwxkQ

CNN noted that Trump and McConnell have not spoken since the Jan. 6 siege on the Capitol, and The Washington Post reported that McConnell had ignored the president's calls the week before.

The day after the attack, McConnell's wife, then-Transportation Secretary Elaine Chao, became the first of several Trump Cabinet members to resign over the deadly incident.

Meanwhile, President Trump said Tuesday that Democrats are courting "tremendous danger" by attempting to impeach him a second time, calling it "a continuation of the greatest witch hunt in the history of politics."

Trump was impeached last year by House Democrats, but the GOP-controlled Senate led by McConnell voted against convicting the president on the articles brought before them at the time.