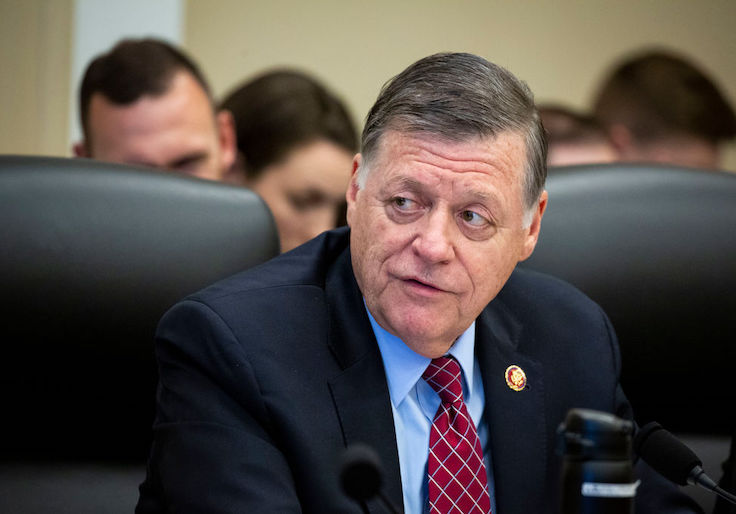 Rep. Tom Cole (R., Okla.) gave up an honorary degree from his alma mater on Tuesday as the college considered rescinding it after he contested the Electoral College results.

Cole, the deputy whip for House Republicans and an Oklahoma representative since 2003, gave up his honorary doctorate from Grinnell College. Cole graduated from Grinnell, a small liberal arts college in Iowa, in 1971.

Harris said she was evaluating the degree and its consistency with the school's values following complaints from the college community over Cole's challenge of the electoral results.

"On Sunday evening, the College received a petition asking for the revocation of the honorary degree awarded to U.S. Representative Tom Cole ’71 in 2016 in response to his objection to the certification of the Electoral College votes for the next president of the United States. Members of the Board of Trustees, campus leaders, and I prepared to review Grinnell’s honorary degree processes and principles, as well as the historical and constitutional context within which Rep. Cole acted," Harris wrote in a public letter. "This review was to inform the necessary deliberations of the governing bodies that would be involved with a decision to revoke an honorary degree."

Cole’s surrender of his degree comes amid a broader trend of Republican lawmakers who challenged the election results being subject to heightened scrutiny and backlash. Rep. Elise Stefanik (R., N.Y.) was booted from the advisory board of the Harvard Institute of Politics over her objections to the electoral results, and Sen. Josh Hawley (R., Mo.) had his book contract canceled by Simon & Schuster.

Grinnell College did not respond to a request for comment.

The post House Republican Gives Up Honorary Degree Amid Pressure on School to Rescind It appeared first on Washington Free Beacon.