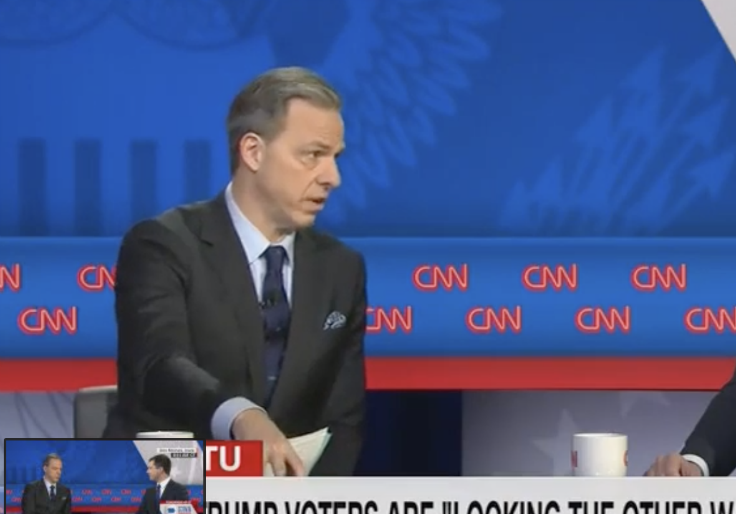 Rep. Brian Mast (R., Fla.), a U.S. Army veteran who lost both his legs serving in Afghanistan, slammed CNN host Jake Tapper on Wednesday for questioning his "commitment" to fighting for democracy in the United States.

"I lost two legs for Jake Tapper’s right to say whatever the hell he wants," Mast told the Free Beacon in response to Tapper's Wednesday remark. "But that free speech also protects the Republicans he is so eager to condemn for asking constitutional questions about the election."

Tapper took aim at Mast after the Republican congressman announced he would be voting against impeaching President Donald Trump. Mast questioned on the House floor whether the president was indeed culpable for the actions of his supporters who violently stormed the Capitol a week ago.

"Congressman Brian Mast, a Republican from Florida, who lost his legs, by the way, fighting for democracy abroad, although I don't know what his—I don't know about his commitment to it here in the United States," Tapper said on his Wednesday show.

Rep. Mast is a veteran and lost both of his legs while serving this country. pic.twitter.com/JlfKCnz3VD

Mast served in the military from 2000 until after he lost his legs to an IED in Afghanistan's Kandahar region in 2010. He was first elected to the House in 2016 and was comfortably reelected last November.

Mast spent Wednesday morning meeting with military deployed to protect the Capitol during the current unrest.

Rep. Brian Mast, a military combat veteran, is giving history lesson to US troops deployed to the Capitol. Says he’s going to try to get them into the Speakers Gallery for the famous view. pic.twitter.com/WAfRXrlPsr