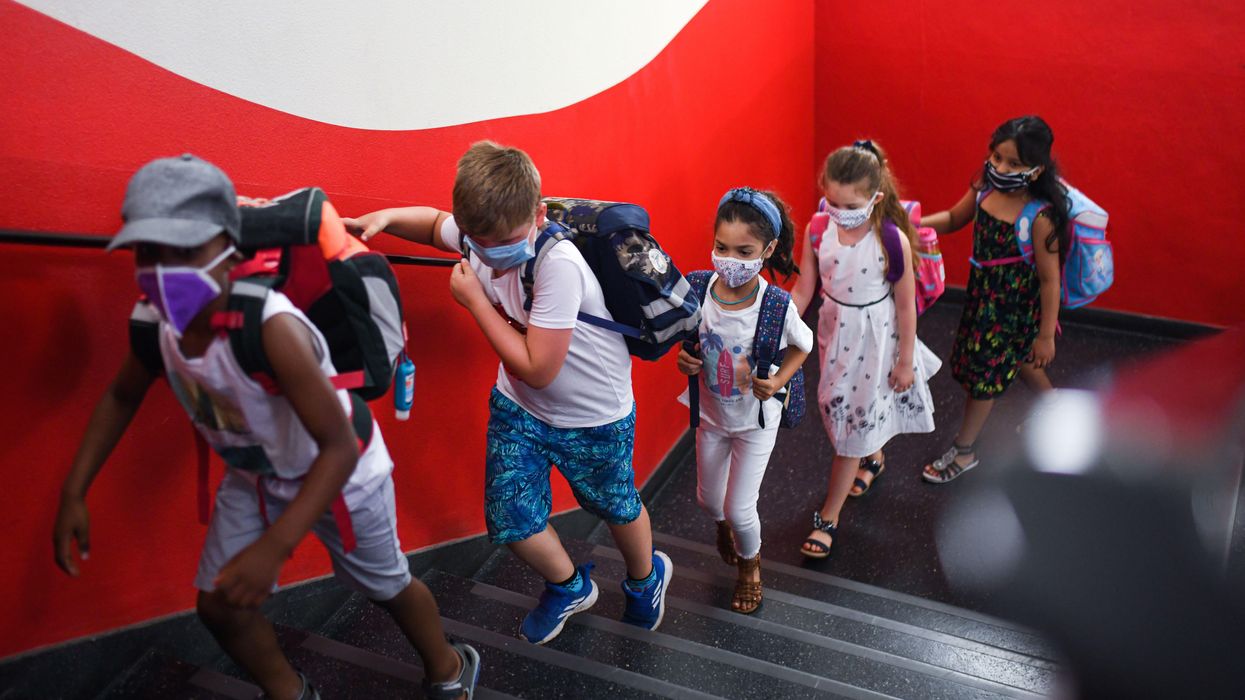 A brand-new peer-reviewed
study from the American Academy of Pediatrics says that in-school transmission of the coronavirus is "extremely rare."

As such, the study — titled, "Incidence and Secondary Transmission of SARS-CoV-2 Infections in Schools" — determined that data indicates "schools can reopen safely if they develop and adhere to specific SARS-CoV-2 prevention policies."

In a study conducted by Duke University and the University of North Carolina-Chapel Hill, researchers determined that among 11 North Carolina school districts — comprised of more than 90,000 staff and students — there were no instances of children passing COVID-19 to adults during the period of in-person instruction.

Instead, researchers determined that there were just 32 confirmed cases of child-to-child or adult-to-adult COVID-19 transmissions over the nine-week period.

North Carolina currently mandates the wearing of masks in public schools for children age 5 years and older, as well as the implementation of social distancing mandates, hand-washing, and regular sanitization.

AAP News & Journals, the American Academy of Pediatric's news outlet,
reported, "There were three clusters of at least five cases each in the same facility. One involved pre-kindergarten students who were exempt from face covering requirements and two others were among special needs classes."

The study concluded, "In the first 9 weeks of in-person instruction in NC schools, we found extremely limited within-school secondary transmission of SARS-CoV-2, as determined by contact tracing." It also concluded that schools are safe to stay open even in communities with widespread transmission.

According to the Washington Free Beacon, the study blasted "counterproductive" school policies that "ask individuals to self-quarantine if they come within 6 feet of a person infected with coronavirus for more than 15 minutes, even if both individuals wore masks."

AAP News & Journals added, "More than 3,000 children and staff were quarantined during the nine-week study period, which was especially burdensome for small districts, according to the study. Authors said some quarantine policies had little benefit such as requiring 14-day quarantine for people in close contact with an infected person even if all were wearing face coverings."

In a news release, Dr. Lee Beers, president of the American Academy of Pediatrics, said that it is imperative that schools follow public health officials suggested guidance.

"New information tells us that opening schools does not significantly increase community transmission of the virus. However, it is critical for schools to closely follow guidance provided by public health officials," Beers said in a Jan. 5 news release.

“Children absolutely need to return to in-school learning for their healthy development and well-being, and so safety in schools and in the community must be a priority," the statement added. "We need governments at the state and federal levels to prioritize funding the needed safety accommodations, such as improving ventilation systems and providing personal protective equipment for teachers and staff."