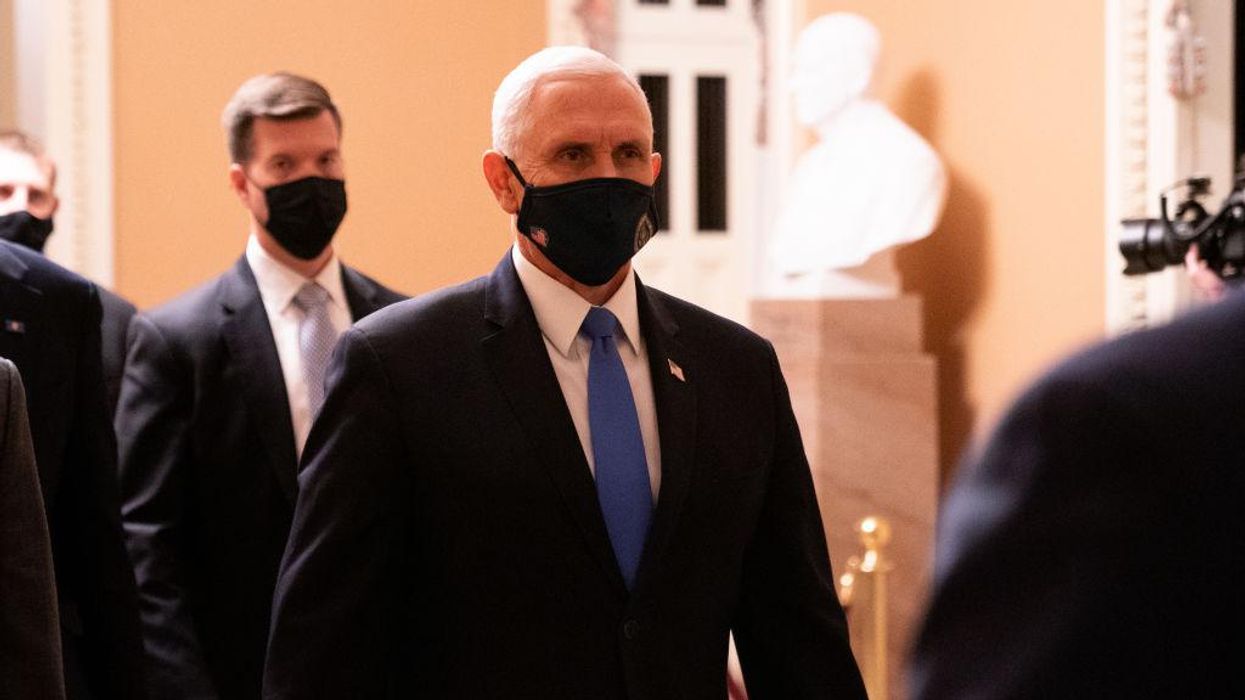 During the storming of the U.S. Capitol building, rioters were reportedly only a minute away from reaching Vice President Mike Pence, The Washington Post reported on Friday.

According to interviews with law enforcement officials and examining video footage from the chaos at the Capitol, rioters were less than 100 feet away from Pence and his family.

New details about the Capitol invasion on Jan. 6 claim that Pence was escorted out of the Senate chamber once the protesters breached the building. At the time, Pence was presiding over a joint congressional session to certify the Electoral College results of the 2020 election, which was delayed by the riot.

"About one minute after Pence was hustled out of the chamber, a group charged up the stairs to a second-floor landing in the Senate," the Post reported.

The Secret Service rushed Pence, second lady Karen Pence, and their daughter to an office that was "less than 100 feet" from a second-floor landing, where the mob had infiltrated.

The report alleges that if the rioters had arrived seconds earlier, "they would have been in eyesight of the vice president."

Pence was then reportedly marshaled to a secure location inside the Capitol complex.

Secret Service spokesperson Justine Whelan responded to the report, and noted that the vice president was not in danger.

"While the Secret Service does not speak specifically about the means and methods of our protective operations, Vice President Pence was secure at all times on Jan. 6," Whelan said in an email.

The Secret Service and other federal agencies are investigating a video from inside the Capitol of people chanting, "Hang Pence!"

Eugene Goodman was one of the Capitol Police officers who helped protect the members of Congress during the violent situation. Goodman is being heralded as a hero for confronting rioters and baiting them into following him to an area where there was more law enforcement to slow their progress through the Capitol building.

"Hundreds" of Capitol intruders will be charged for their role in the incident, according to the U.S. Department of Justice. Investigations by the DOJ are even looking into serious felony charges of "sedition and conspiracy."

Capitol rioters intended to "capture and assassinate" elected officials during the raid, according to a Justice Department court filing.