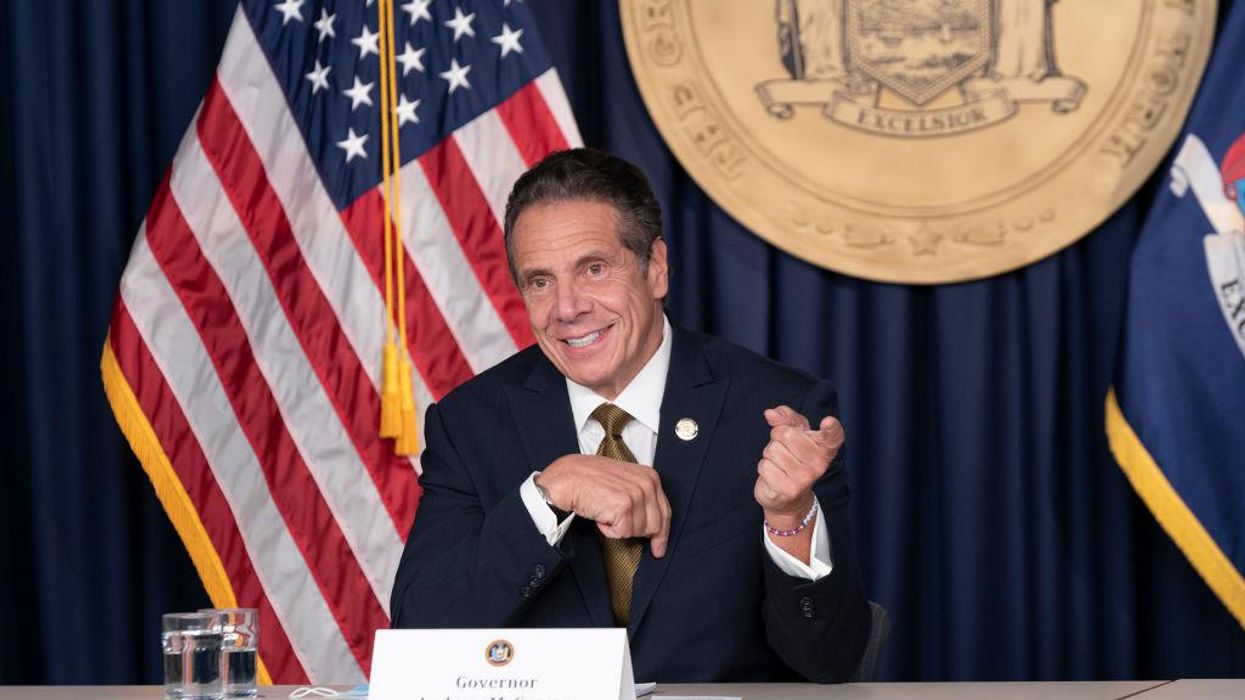 New York Democratic Gov. Andrew Cuomo — whose state has been one of the hardest hit by the coronavirus pandemic and whose stringent lockdown orders have stifled countless small businesses — announced plans this week to revive New York's economy through celebrity pop-up performances.

"We must bring arts and culture back to life," Cuomo said in announcing the forthcoming "New York Arts Revival," a public-private initiative that will kick off in February and feature performances from more than 150 artists including liberal comedians Amy Schumer and Chris Rock and "Greatest Showman" actor Hugh Jackman.

"This groundbreaking initiative will help revive the arts while celebrating New York's resiliency and recovery from the COVID pandemic," Cuomo said Tuesday during his State of the State address. "Almost no one has been hurt more by COVID than our artists."

JFK once said: "I see little of more importance to the future of our country & our civilization than full recogniti… https://t.co/tDVaWXGq7Q

"Cities are, by definition, centers of energy, entertainment, theater and cuisine," Cuomo said. "Without that activity and attraction, cities lose much of their appeal. What is a city without social, cultural and creative synergies? New York City is not New York without Broadway."

"We cannot wait until summer to turn the lights back on for the arts and provide a living wage for artists," he added. "The show will go on, the fans will be back, and New York will be New York once again."

Certainly the arts industry across the country — and especially in New York — has suffered greatly from pandemic-related lockdowns. Cuomo noted in his address that since the start of the pandemic last year, more than two million arts jobs were lost nationally, including tens of thousands in New York.

Most would, of course, desire that all jobs be returned, including jobs in the arts industry. However, news that public money is set to pay for wealthy celebrities performing to social-distanced crowds as a way to supposedly revive the economy is likely to strike most New Yorkers as quite rich, to say the least. Especially considering it was Cuomo's own harsh lockdowns that exacerbated the economy's downturn in the first place.

Meanwhile, other small businesses in New York such as bars, restaurants, gyms, and salons, continue to be devastated under lockdown orders. In December, Eater reported that nearly half of New York's restaurants were in danger of closing for good. Hopefully people will order takeout before catching the show.