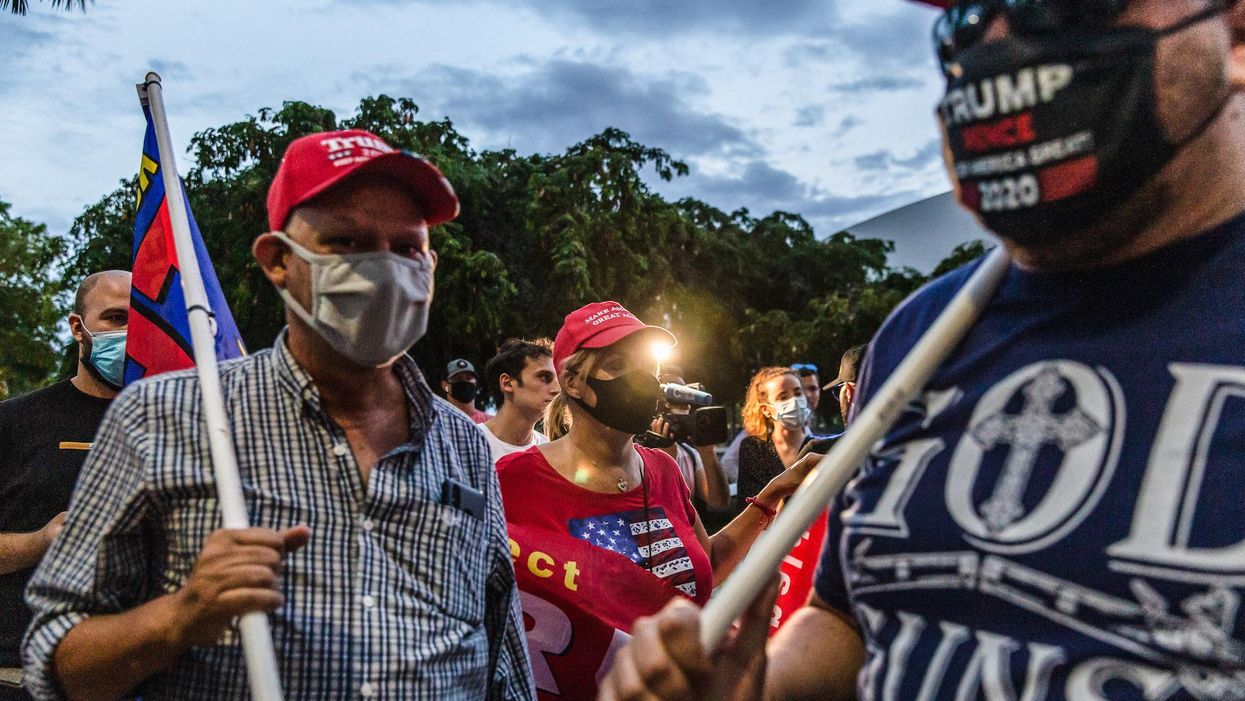 The FBI arrested a man in Florida who was allegedly planning to recruit people to violently attack pro-Trump protesters who might show up at the Florida State Capitol to continue the effort to overthrow the election.

Daniel Alan Baker referred to himself a "hardcore leftist" in an article cited by the FBI in the criminal charges filed on Friday.

Federal prosecutors accused Baker of making a "call to arms for like-minded individuals to violently confront" any pro-Trump supporters at the Tallahassee Capitol.

On Sunday the FBI alerted state and local officials that there might be more protests leading to violence at state capitals in line with the lethal rioting that transpired at the U.S. Capitol.

Prosecutors allege that Baker wanted others to join him in encircling protesters and confine them with firearms.

Baker had fought with the Kurdish YPG militia, and was showcased in a documentary by VICE. He also was a former U.S. Army Airborne infantryman who was kicked out after going AWOL, according to prosecutors.

Baker faces a charge of transmission, in interstate commerce, of communication containing a threat to kidnap or to injure.

"The law-abiding public is safer now that he has been arrested. We are, and will remain, on high alert and will take all appropriate actions against credible threats," said Lawrence Keefe, U.S. Attorney for the Northern District of Florida.

Prosecutors called Baker a "dangerous extremist" and said he was attempting to purchase firearms this week.

"Extremists intent on violence from either end of the political and social spectrums must be stopped, and they will be stopped," Keefe said.


Leon County, state of Florida prepares for potential protests ahead of Inauguration Day