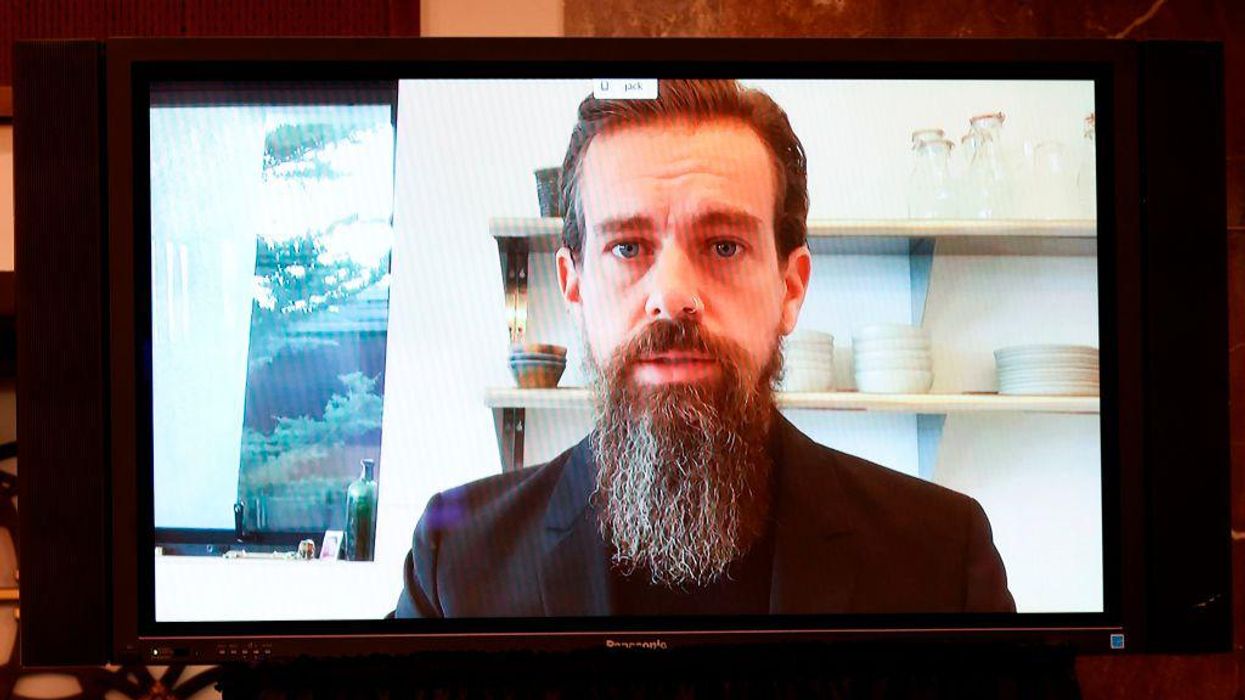 A leaked video shows Twitter CEO Jack Dorsey's plans for "broader" enforcement on the social media platform that will go far beyond the banning of President Donald Trump.

Project Veritas released a new video Thursday of Dorsey declaring that upcoming actions are "going to be much bigger than just one account," and would "go on beyond the inauguration."

The undercover video was allegedly secretly recorded by a "Twitter insider" during an internal meeting with employees of the social media company.

"We know we are focused on one account right now, but this is going to be much bigger than just one account, and it's going to go on for much longer than just this day, this week, and the next few weeks, and go on beyond the inauguration," Dorsey said in the leaked footage.

"So, the focus is certainly on this account and how it ties to real-world violence," Dorsey said in the video call. "But also, we need to think much longer-term around how these dynamics play out over time. I don't believe this is going away anytime soon."

"You should always feel free to express yourself in whatever format manifestation feels right," Dorsey said in the clip.

Dorsey addressed Twitter's recent purge of QAnon-related accounts, "And the moves that we're making today around QAnon, for instance, one such example of a much broader approach that we should be looking at and going deeper on."

On Tuesday, Twitter announced that it had suspended "more than 70,000 accounts" since the violence at the U.S. Capitol building on Jan. 6.

"We've been clear that we will take strong enforcement action on behavior that has the potential to lead to offline harm," Twitter said in a statement. "Given the violent events in Washington, DC, and increased risk of harm, we began permanently suspending thousands of accounts that were primarily dedicated to sharing QAnon content on Friday afternoon."

A Twitter spokesperson responded to the Project Veritas video and told Fox News, "The remarks shown in the video were delivered to our more than 5,400 employees and are nearly the same words Jack shared in a recent Tweet Thread offering context around and reflections on our work to protect the conversation in recent weeks."

Twitter permanently banned President Trump from the social media platform on Jan. 8. Twitter's "safety" account said the company banned Trump "due to the risk of further incitement of violence" following the Capitol riots.

On Wednesday, Dorsey issued a statement on the banning of President Trump.

I do not celebrate or feel pride in our having to ban @realDonaldTrump from Twitter, or how we got here. After a clear warning we'd take this action, we made a decision with the best information we had based on threats to physical safety both on and off Twitter. Was this correct? I believe this was the right decision for Twitter.

Project Veritas, an investigative group that aims to "expose misconduct in both public and private institutions," has made headlines this week. The group released a secretly recorded video of former PBS principal counsel Michael Beller saying the government should take away children of Trump voters and put them in "reeducation camps." Beller was fired by PBS after the video went viral.