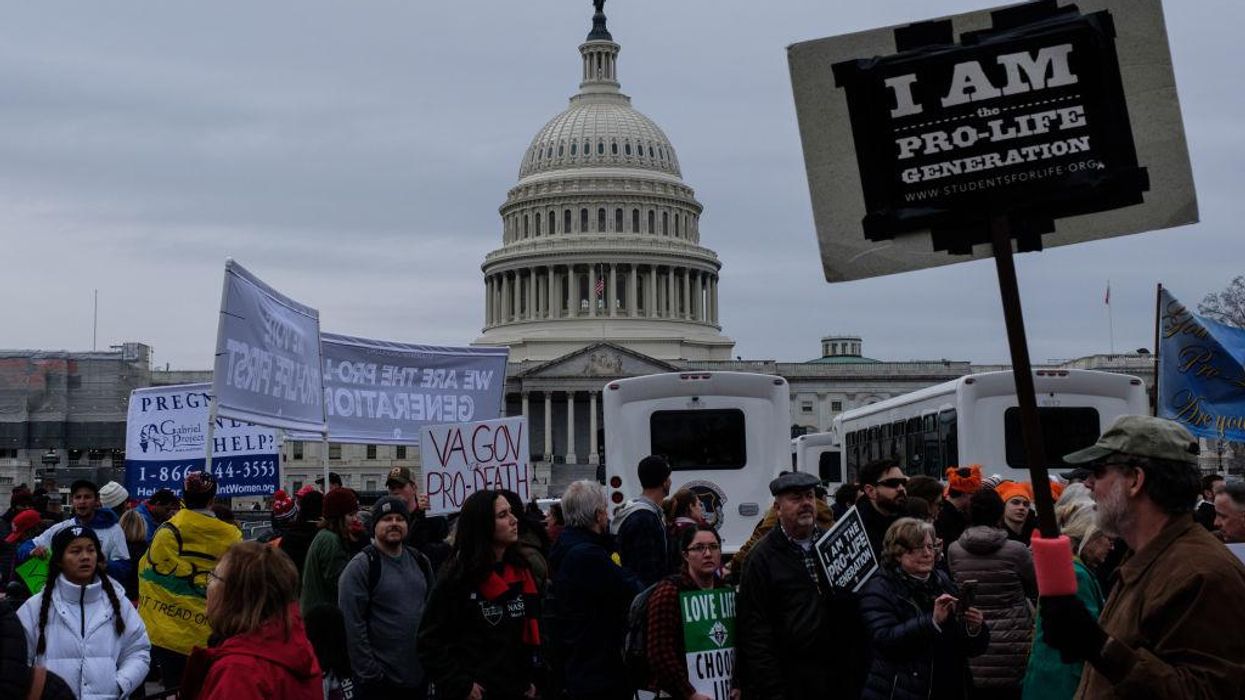 Organizers for the March for Life announced Friday that the annual gathering of pro-life activists to protest abortion will take place virtually this year because of the coronavirus pandemic and the risk of unrest at the nation's capital.

This year's virtual march will take place on Jan. 29, the Catholic News Agency reported. There will still be an event in Washington, D.C., but attendance will be limited to a small number of pro-life leaders and speakers.

"The protection of all of those who participate in the annual March, as well as the many law enforcement personnel and others who work tirelessly each year to ensure a safe and peaceful event, is a top priority of the March for Life," said Jeanne Mancini, president of the March for Life Education and Defense Fund.

"In light of the fact that we are in the midst of a pandemic which may be peaking, and in view of the heightened pressures that law enforcement officers and others are currently facing in and around the Capitol, this year's March for Life will look different," Mancini continued. "The annual rally will take place virtually and we are asking all participants to stay home and to join the March virtually."

Those who wish to participate in the march are encouraged to do so virtually through the March for Life's website.

"We will invite a small group of pro-life leaders from across the country to march in Washington, D.C., this year," Mancini said. "These leaders will represent pro-life Americans everywhere who, each in their own unique ways, work to make abortion unthinkable and build a culture where every human life is valued and protected."

Catholic News Agency reported that the pro-life leaders who will be in the nation's capital will carry roses with them, which they will bring to the steps of the Supreme Court to honor the lives lost to abortion.

The March for Life takes place annually on or near Jan. 22, the anniversary of the 1973 Roe v. Wade Supreme Court decision that legalized abortion across the United States. In past years, the march has drawn crowds hundreds of thousands of volunteer activists to protest in support of the victims of abortion.