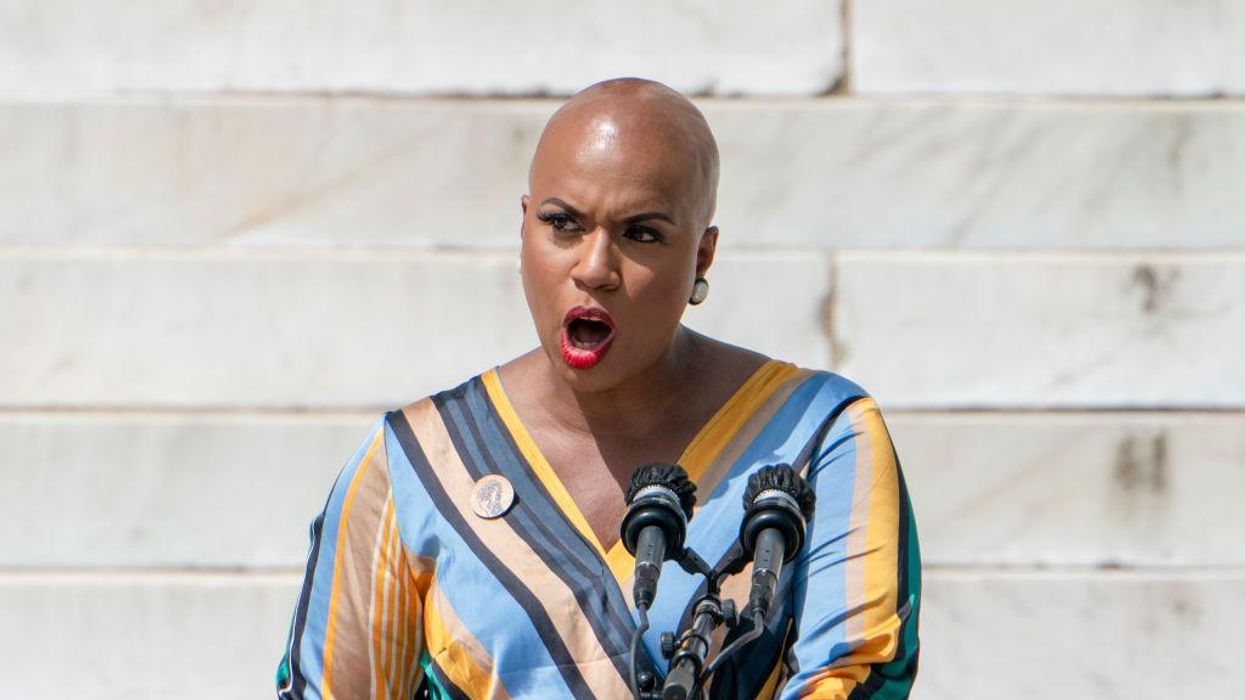 Rep. Ayanna Pressley (D-Mass.) attacked GOP members of Congress who did not wear face masks during the Capitol riots. Pressley went so far as to say Republicans committed "chemical warfare" by not wearing face masks.

"It's criminal behavior," Pressley told CNN's Don Lemon on Thursday. "I don't know what else to call it."

"They have been complicit from the very beginning in their willful criminality to carry the water for Donald Trump and these science denials which allowed this pandemic to rage out of control," she said of Republican lawmakers.

"And then by refusing to wear the masks, this is criminal behavior," the Democrat alleged. "That's chemical warfare so far as I'm concerned."

Purposely spreading the coronavirus would technically be considered "biological warfare" and not "chemical warfare."

"When they took us to the 'safe room,' and I walked in and saw that there was this contingent of anti-maskers in the room gathered, I immediately exited," Pressley claimed. "So imagine in that moment the choice that I was making. And we were told as we left that space, 'You'll be on your own in an evacuation.' And I said, 'I'll take my chances.'"

Pressley then denounced her Republican colleagues who were not wearing face masks during the Capitol riots.

"So in the midst of this terrorizing event, which inflicted great trauma, injury, and loss of life, where you would think even in that moment that they would attempt to extend some grace, some collegiality, or just to be decent human beings, they chose to recklessly endanger the members in that room, my spouse, my staff, and that of everyone else who was in proximity of them," she ranted.

On Tuesday, Pressley took to Twitter to condemn Republican lawmakers.

"The second I realized our 'safe room' from the violent white supremacist mob included treasonous, white supremacist, anti masker Members of Congress who incited the mob in the first place, I exited," she tweeted. "Furious that more of my colleagues by the day are testing positive."

Pressley announced Wednesday that her husband, Conan Harris, tested positive for COVID-19. Harris was with Pressley in the Capitol when the riot broke out Jan. 6 in Washington, D.C.

Harris, who is in isolation, has experienced mild symptoms, and it is was unclear how he contracted COVID-19, Boston.com reported. Pressley has tested negative for coronavirus, but is isolating along with her staff members.

Pressley also said she was proud to co-sponsor the resolution by Rep. Cori Bush (D-Mo.) that calls for the expulsion of GOP House members who supported contesting the 2020 presidential election results in battleground states during the Electoral College certification, adding that these Republican lawmakers are "unfit to serve."

It would, under Section 3 of the 14th Amendment, investigate and expel the GOP member… https://t.co/biysYDmx7a

Pressley has been in the news recently after her comments calling for "unrest in the streets" from the summer have resurfaced online.

"There needs to be unrest in the streets for as long as there's unrest in our lives and unfortunately there's plenty to go around." Pressley told "AM Joy" guest host Tiffany Cross in August.