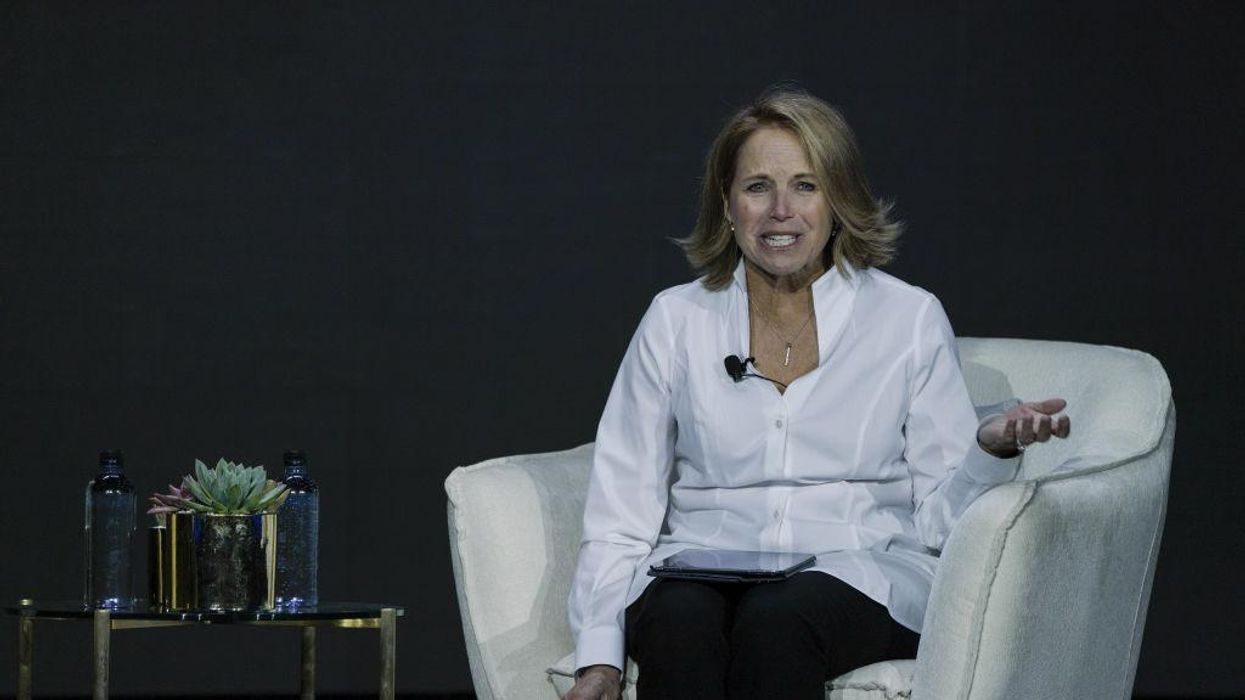 During her appearance on "Real Time with Bill Maher," Katie Couric attacked Republican members of Congress and President Donald Trump. Couric went so far as to ask, "How are we going to really almost deprogram these people who have signed up for the cult of Trump?"

The former co-anchor of NBC's "Today" show besieged Republican lawmakers who are friendly toward Trump. Couric appeared to assail Republicans such as Colorado Rep. Lauren Boebert, who vowed to carry her gun into work in Washington, D.C.

Following the riots at the Capitol, metal detectors were installed in the building. Several Republican Congress members, including Boebert, objected to the metal detectors and searches.

"It is so shocking. ... Not only are they not conceding, Bill, but their thoughts – that there might have been some collusion among members of Congress, some are refusing to go through magnetometers ... to check for weapons, they're not wearing masks during this siege," Couric told Bill Maher.

Couric continued her condemnation of Republicans, "I mean, it's really bizarre, isn't it, when you think about how AWOL so many of these members of Congress have gotten. But I also think some of them are believing the garbage that they are being fed 24/7 on the internet, by their constituents, and they bought into this big lie."

Couric declared, "And the question is how are we going to really almost deprogram these people who have signed up for the cult of Trump."

Couric then called for the impeachment of Trump.

"But Bill, if you commit a crime and then you move, does that means we're not going to charge you with a crime because you're moving out of the neighborhood? I mean, it's ludicrous," Couric argued. "I think there have to be guardrails on presidential power. He incited violence. ... He was really, really inciting violence."

Couric fantasized about a "Hollywood ending" to Trump's administration where Senate Majority Leader Mitch McConnell (R-Ky.) "comes out as the hero" to convict the president.

"You're not allowed to yell fire at a crowded theater, so if you're inciting violence and you're spreading lies that are getting people fired up, encouraging violence, I think there should be some standard," Couric said of the banning of Trump on social media.

The career talk show host gleefully welcomed Joe Biden as the next president, calling his inauguration an "important symbol of closing the chapter on Donald Trump."

Maher cautioned that the 78-year-old Biden should hold a small, indoor inauguration ceremony to protect against a potential coronavirus risk.

"Joe Biden – he's a friggin' tragedy magnet," Maher remarked. "He broke his foot playing with his dog. I mean, his eye exploded from blinking. We have got to treat this guy like the baby in 'Children of Men.'"

"I think he's pretty vibrant and in good shape," Couric defended Biden. "You saw him run across the stage when he made that speech. ... I mean, compare his physical fitness to Donald Trump, hello!"

Couric will be a guest host on "Jeopardy!," attempting to fill in for the late Alex Trebek.