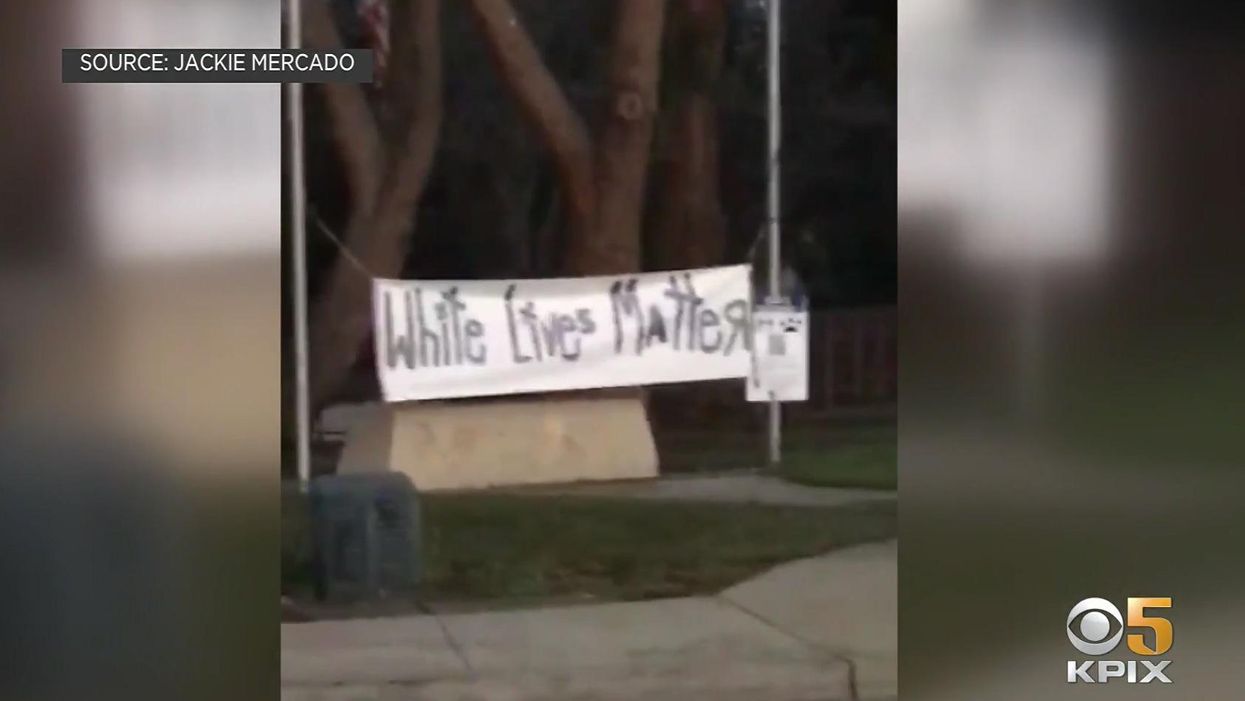 Officials in a northern California promptly removed a "White Lives Matter" that was posted on city property over the weekend, declaring the sign a "despicable act of vandalism."

According to KPIX-TV, police in Union City — a town not far from Oakland — took down the banner early Saturday morning. Law enforcement conducted an investigation into the banner, but concluded that no crime had been committed.

The crux of the issue, according to Union City Mayor Carol Dutra-Vernaci, is that whoever erected the banner did not have the proper permit to place it on city-owned property.

In a statement, the city said it was "disgusted" by the "racist" sign.

"The city is disgusted by this despicable act of vandalism that has occurred on the heels of the insurrection at the U.S. Capitol last week and on the weekend of the Martin Luther King, Jr. holiday that celebrates the life and achievements of this important civil rights leader," the city said, KTVU-TV reported.

City leaders also said they will "remain on heightened alert to make sure racist incidences like this do not happen again in our community."

"White Lives Matter" is a white supremacist phrase that originated in early 2015 as a racist response to the Black Lives Matter movement, which arose to protest against police brutality against African-Americans and garnered considerable publicity in 2014 for protests in Ferguson, Missouri, following the shooting death of Michael Brown at the hands of a Ferguson police officer.

"It does not mean that other lives [don't] matter because they do. But if you look at history, the Black lives are the ones that have gotten the worse end of the stick," Davis said.