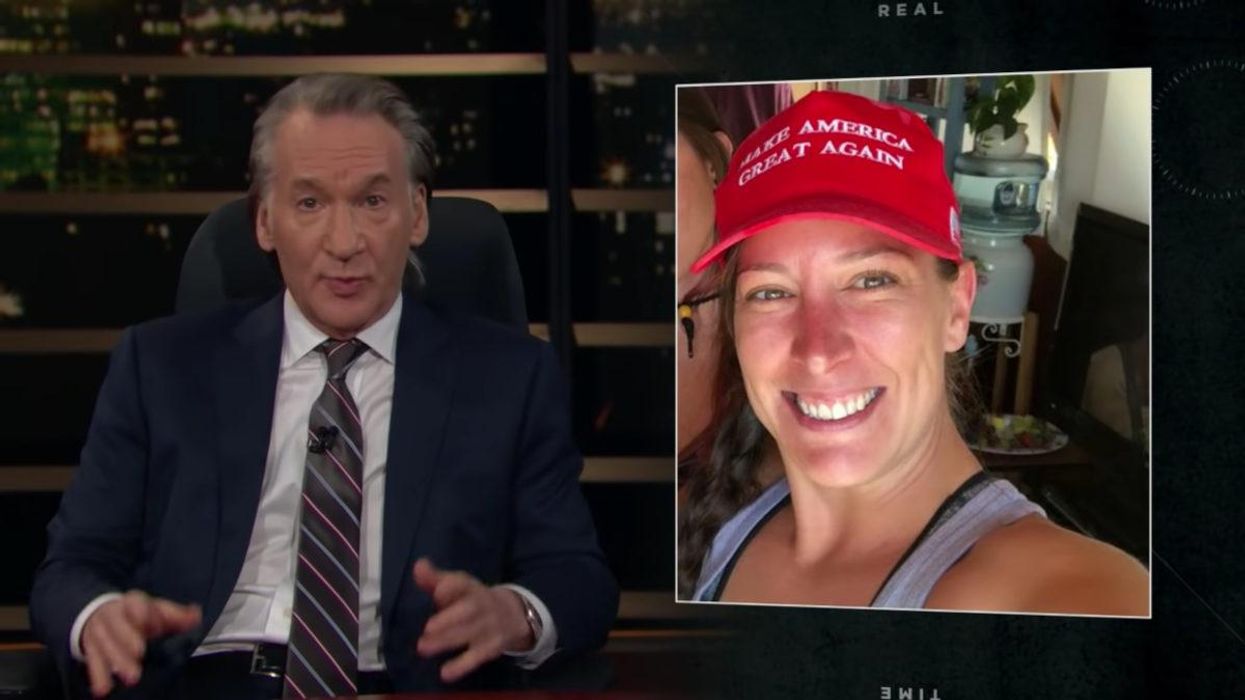 Comedian Bill Maher, often a voice of reason for those on the liberal left, told his audience on Friday's episode of his HBO show "Real Time With Bill Maher" not to hate the 74 million people who voted for President Donald Trump because about 5,000 people claiming to support the president stormed the Capitol on Jan. 6.

In his profane monologue, transcribed by Ian Schwartz for Real Clear Politics, the liberal Biden-supporting Maher discussed the "tragedy" of Trump voters and what he thinks are the underlying causes of people turning to violence when the system fails them.

"Let's not confuse 5,000 people with 74 million," Maher said. "Yes, even supporting the insurrection in spirit is, well, deplorable. But there's a difference between holding illiberal beliefs and acting violently on them. At least that's what they always told me about Islamic terrorism.

"I keep wrestling on this show with the hard question of how do Americans, all of us, learn to share a country with a**holes you can't stand," he continued. "I preach, and still do, you can hate Trump, but not all the people who like him. And as counterintuitive as it may seem, you can like something run by a**holes without being one yourself."

Maher told the story of 14-year Air Force veteran Ashli Babbitt, a woman who was fatally shot by Capitol Police after participating in the riot. Babbitt, a former Obama-Biden voter, was a strong Trump supporter who owned a business in San Diego, California. She faced economic hardship after being forced to take out a short-term loan with a 169% interest rate to keep her business open. Maher showed sympathy for Babbitt, who he believes was justifiably angry, but at the wrong people.

"She is the tragedy of the modern Republican voter personified: Pissed off at the greed and corruption that yes, has squeezed the middle class hard, but always coming up with the wrong answer to who is doing most of the squeezing," Maher said.

Addressing the Capitol rioters, Maher said they were "storming the wrong building."

"The feet up shouldn't have been on Pelosi's desk, it should have been on Trump's tanning bed," he added. "You thought Trump was going to be your bull in the china shop? Yeah, he was, but you were the china.

"Should Ashli Babbitt have applied better logic in seeing that her real problem in life wasn't pedophile Democrats or Antifa and that people like Elizabeth Warren were actually the ones who were at least trying to do something about predatory lending and economic exploitation? Yes. But not everyone can watch MSNBC all day. She had other priorities, like fighting overseas," Maher continued.

Then he took a swipe at California Democrats, criticizing woke politics and characterizing his state as overwhelmed by regulations and indifferent to the hardships of working people.

"Maybe, since all politics is local, all she knew was she lives in a state that cares more about her toxic whiteness than her toxic brokeness," Maher said. "And that the state that is run entirely by Democrats. Yeah. They didn't stop anyone from charging her 169% interest on a loan either.

"It shouldn't be that surprising that America is full of fed-up unhappy people who just want to break s**t," he continued. "Trump sure didn't drain any swamps but when it comes to graft and corruption and everybody wetting his beak, California, yeah, that's a swamp too. We can't put up a housing unit for the homeless for less than $500,000 or build a rail line connecting the state for less than $200 million a mile."