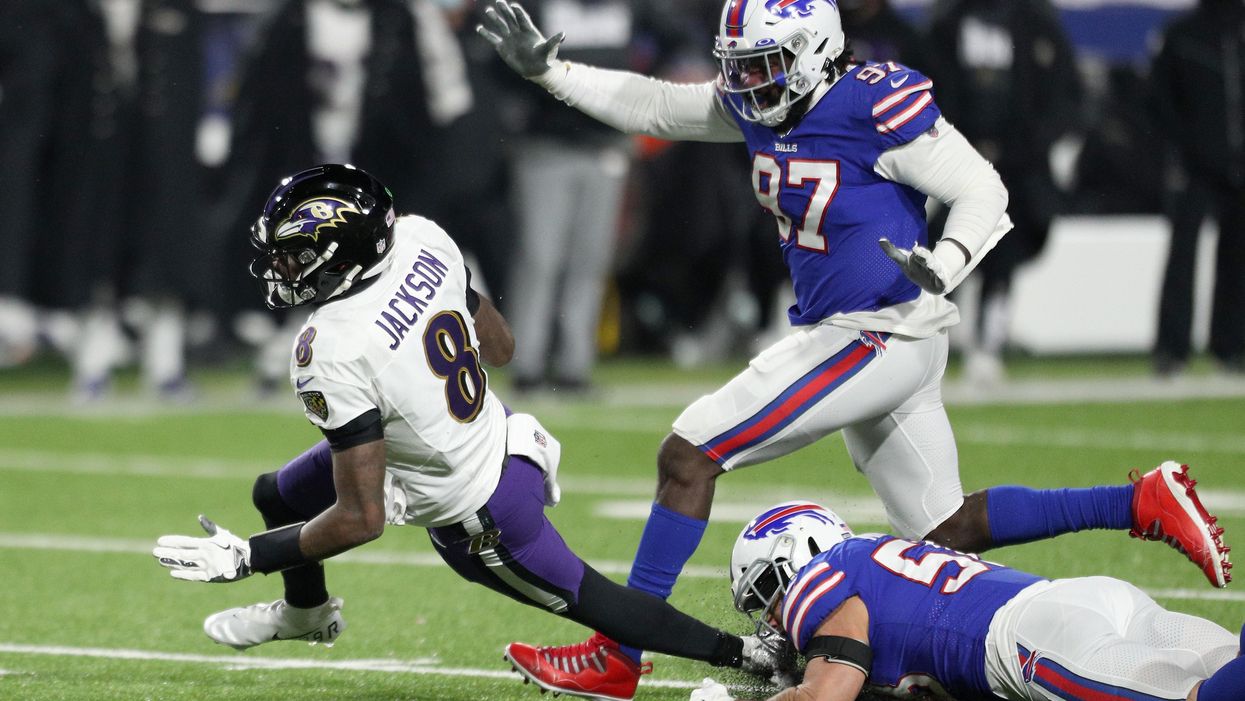 On Saturday, the Buffalo Bills met the Baltimore Ravens in western New York, facing off for their divisional playoff game. In the second half, Ravens quarterback Lamar Jackson was forced to leave the game after sustaining an injury that triggered the NFL's concussion protocol.

Presented with the fact that the star player of the only team standing in the way of the Buffalo Bills returning to the AFC Championship Game for the first time since 1994 was now out of the game, Bills fans responded by rallying to raise money for Jackson's favorite charity, "Blessings in a Backpack." After the game ended, with Buffalo winning 17-3, charitable donations from the "Bills Mafia" came pouring into the organization, which provides food for needy elementary school children across America.

"It started around 11:30 last night, and our donation box just started flooding with donations from Bills fans for Lamar. It's just been overwhelming -- in the best possible way," Blessings in a Backpack's Nikki Grizzle told ESPN.

Bills fans posted to social media encouraging others to donate $8 or more to the charity in honor of Jackson, who wears number 8, wishing him a speedy recovery as well.

Class act: #BillsMafia donating to one of Lamar Jackson’s favorite charities overnight, after he left the AFC divis… https://t.co/kriz8acejQ

As the donations from #BillsMafia approach $300k, I just want to thank everyone who has donated to @BlessinBackpack… https://t.co/ZfX1QAf4aW

The Baltimore Ravens acknowledged the Bills Mafia for their magnanimity in victory.

Bills fans are earning a reputation for their generous giving. Last November, Bills quarterback Josh Allen learned that his paternal grandmother Patricia Allen had died suddenly, the day before the Bills were set to play against the Seattle Seahawks. Buffalo head coach Sean McDermott gave Allen the opportunity to sit out the game to grieve, but Allen instead elected to keep playing and led the team to a 44-34 victory over Seattle, throwing for 415 yards and three touchdowns.

After Allen's outstanding performance, the Bills Mafia launched a fundraising campaign for the John R. Oishei Children's Hospital in Buffalo, donating in Patricia's name. Many fans donated in increments of $17, honoring Allen's jersey number, and since November over $1 million has been donated to the hospital.

Grizzle summarized the charity of the Bills Mafia with a single word.

"Amazing," she said. "And it just keeps rolling in."

On Sunday Jan. 24, the Buffalo Bills will play against 2020 Super Bowl champions the Kansas City Chiefs for the AFC Championship and the right to travel to Tampa for Super Bowl LV.