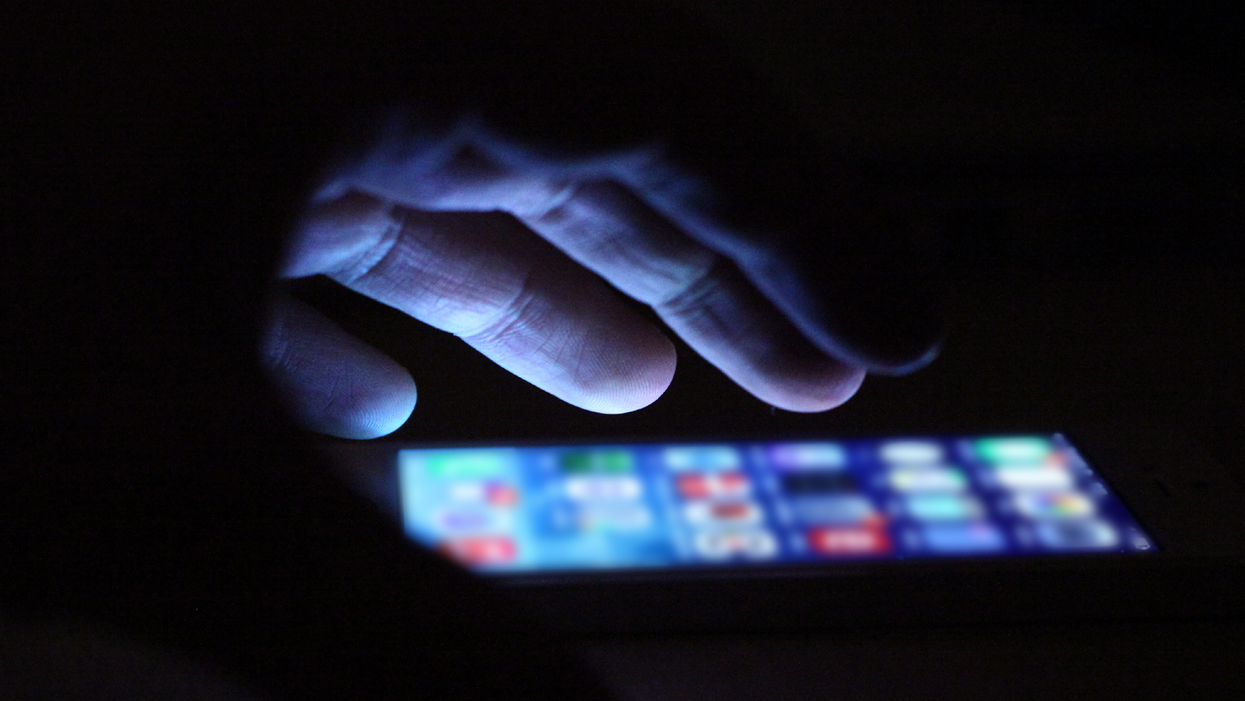 Ernest Flagler-Mitchell, a Monroe County, New York, legislator, is under fire for reportedly sexting a 19-year-old woman to whom he allegedly sent a graphic picture of his genitals.

The news came to light the same day that he was sworn in as president of a New York chapter of the NAACP.

The Democratic legislator has since insisted that he believed he was sending the photo to his wife.

What are the details of the allegations?

The 19-year-old, LaKaya Sinclair, wrote a
letter to the Monroe County board of legislators, calling for Flagler-Mitchell's resignation over the controversy.

A portion of Sinclair's letter reads, "I am writing this letter to share with you that your colleague County Legislature for Legislative district 29, Ernest Flagler-Mitchell, has explicitly sexually harassed me and has sent me an unsolicited photo of his genital [sic]."

Sinclair revealed that she first met the legislator after a shooting that took place in 2020.

"A few days later, there was a community gathering and he introduced himself to me as the official county legislature [sic] for my district," she wrote. "He gave his county legislature business card and told me if I ever needed anything to give him a call. ... I reached out for help, not to be sexually harassed."

Sinclair did not say why she reached out to him.

"I am writing this so that you are all aware of the type of person he is," she added. "I am going public and will be asking for his resignation. No one should be in a position where they turned to their elected official for help and are met with unwanted sexual advances and inappropriate messages. I am only 19 years old."

Sinclair added that she believed there were likely other women who would claim to have been victims of Flagler-Mitchell's unwanted advances and called on them to speak out.

"I believe there are other women who are victims of him and I will be pleading with the community to not only support me, but to come forth if this has been their experience with this particular legislature [sic]," Sinclair's letter added. "I am asking for his resignation so that he does not continue to use his seat and abuse his power and am asking this body to formerly [sic] investigate this matter. The fact that he did this to me so swiftly lets me know that he has done this before and as I stated, it is my hope that other women in this community find their voice and come forward to share their stories."

What did Flagler-Mitchell say in response?

Flagler-Mitchell has denied sexually harassing the girl, and said that he believed he was sending the explicit message to his wife.

He also insisted that while the young woman may have received an unfortunate photo, he believes himself to be the victim of extortion.

"As a man of faith I believe we must all take responsibility for our actions and I have always tried to do that both in my personal and professional life," his statement began. "In November, I sent a picture intended for my wife to an individual I was working with. I took immediate responsibility for my mistake. I deleted the file, acknowledged the mistake, apologized, and hoped I had not offended them. They responded at the time by accepting my apology and assured me that they were not offended."

Flagler-Mitchell added, "Additionally, I immediately took responsibility for what occurred with my wife, by telling her what had happened and I regret that she is now embarrassed by my error."

He then went on to insist that since the incident, undisclosed people — who he says are "politically connected individuals" — have contacted him and attempted to blackmail him into abandoning the "Black and Asian Caucus in the Legislature."

“I fully believed this matter was resolved at that time, but subsequently I have been contacted both directly and indirectly by politically connected individuals who have tried to use this mistake as a form of blackmail to force me into abandoning the Black and Asian Caucus in the Legislature," Flagler-Mitchell said.

Flagler-Mitchell said that those people — who he never names — insisted he bow to their wishes.

“These agents have threatened to make my mistake public unless I bow to their political wishes and walk away from this important caucus in an effort for me to 'fall in line' with their agenda," he explained. “They followed through with this threat because I was contacted by a media outlet regarding this matter. It was after that I learned that these same individuals have also contacted nearly every other member of the Black and Asian Caucus with the same threat."

Flagler-Mitchell said that he refused to bow to any such pressure, and insisted that what is now happening is nothing short of extortion.

“I did not bow to this pressure and asked my colleagues not to either. I know what I did and I take full responsibility for it, but it is 'extortion' to threaten me and my colleagues with making this incident public unless we abandon the Black and Asian Caucus," he said. "Threatening us to abandon our people is a disgusting politically motivated power play, but more than that, it is illegal."

Flagler-Mitchell said that he is looking into his legal options at the time of this reporting.

What else do we know about this?

The Democrat & Chronicle reported that it has "spoken with the woman in question" as well as with Flagler-Mitchell in recent days and weeks.

"He has not provided any record of the alleged extortion nor detailed those responsible in his public statement," the outlet noted. "Flagler-Mitchell did not name the legal counsel he claims to have consulted in his statement, nor has he called for law enforcement involvement until Saturday."

Bridget Harvey, a spokesperson and chief of staff for the Republican majority in the Monroe County Legislature, said in a statement to WXXI-TV, that "any allegations of harassment should be taken seriously and thoroughly reviewed."

"The allegation has been aptly reported to the Board of Ethics and law enforcement," Harvey's statement added. "It would be premature and inappropriate for the Legislature or any Legislator to comment further at this time."