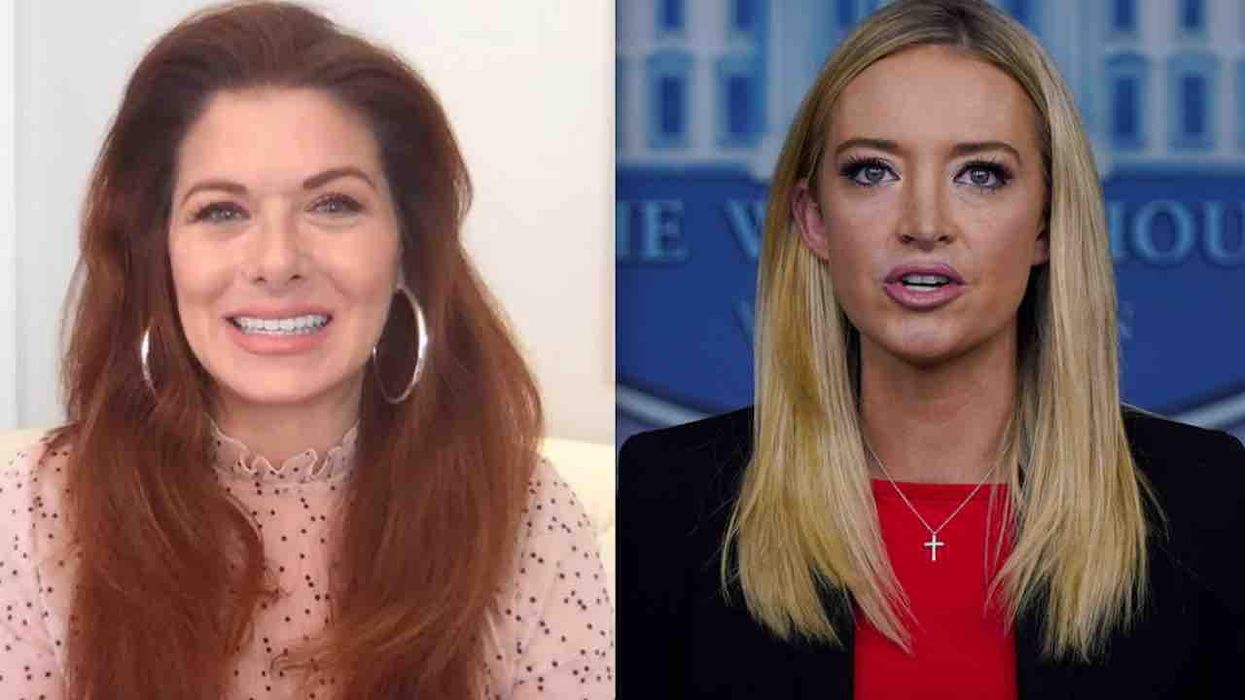 Far-left actress Debra Messing — who doubles as a card-carrying enemy of President Donald Trump — is setting her sights on one of Trump's closest confidants: White House press secretary Kayleigh McEnany.

Well, at least news networks that hire McEnany or put her on screen as a panelist:

If I ever see @kayleighmcenany on a panel on a news show or hired by a network, I am immediately ceasing to support… https://t.co/nK84s5QvD2

"If I ever see @kayleighmcenany on a panel on a news show or hired by a network, I am immediately ceasing to support every single advertiser on that network," Messing tweeted Monday, asking her 684,000 followers to retweet if they agree. She added a 'Deplatform Hate' hashtag to boot.

Indeed, cancel culture has been in overdrive following U.S. Capitol rioting earlier this month, with left-wing politicians, journalists, and CEOs of social media sites and Internet empires circling the wagons around conservatives and threatening to obliterate them into oblivion unless they speak the right way.

How did folks react to Messing's latest Twitter barrage?

Of course, Messing has fans who couldn't agree more with her threat against news networks, but others called out the former "Will & Grace" star for her own hatred:

As noted previously, Messing is a veteran soldier in the I Hate Trump Army.

Last month, she told Trump in a now-deleted Twitter post that she wanted him to be imprisoned and raped: "[Y]ou are a weak, scared, stupid, inept, negligent, vindictive, narcissistic, criminal. I hope you live a long life in prison where you become the most popular boyfriend to the all inmates."

Then after apologizing for appearing to belittle the LGBTQ community with her tweet, Messing simply doubled down: "Let me be clear: I said nothing about LGBTQI/queer LOVE. Rape is an act of violence. Trump has perpetrated violence on hundreds of millions of people. My hope is (and this is the first time in my life) that the tables are turned and he is the victim of perpetrators."

Last summer, Messing was raked over the coals for tweeting a doctored image of President Trump and Adolf Hitler holding Bibles and calling it a "dog whistle to white nationalists and Nazis."

Going back on her word?

In 2019, Messing and her "Will & Grace" co-star Eric McCormack were hit with backlash after wanting to see a list of Trump supporters who were to attend the president's fundraiser in Beverly Hills. Messing said "the public has a right to know":

Please print a list of all attendees please. The public has a right to know. https://t.co/YV4UoxrPHI

Well, believe it or not, even left-wing celeb Whoopi Goldberg didn't like that idea: "Do not encourage people to print out lists because the next list that comes out, your name will be on and then people will be coming after you."

Goldberg — speaking on "The View" — added that "in this country, people can vote for who they want to. That is one of the great rights of this country," as audience members applauded.

Sure seems like a different America at the dawn of 2021.

Anyway, Messing responded to the outrage and tweeted amid her self-defense that "I NEVER NOR WOULD I EVER call for a blacklist of anyone for any reason."