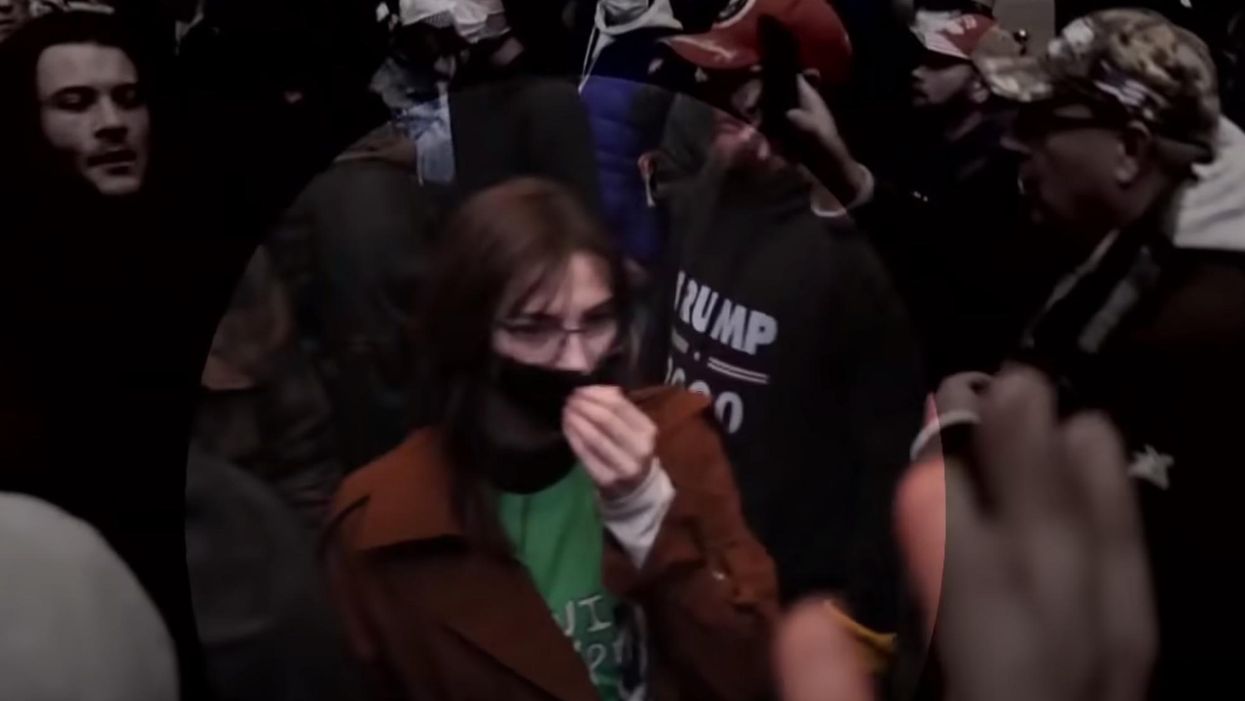 Federal law enforcement officials said they had identified a woman they believe might have stolen the laptop of House Speaker Nancy Pelosi (D-Calif.) during the Jan. 6 rioting at the U.S. Capitol.

An affidavit filed in a Washington, D.C., federal court said the FBI is seeking Riley June Williams, a 22-year-old Pennsylvania woman, over claims made to them by her former romantic interest.

That tipster told the FBI that Williams had allegedly walked out of the Capitol with Pelosi's laptop and sought to sell it to Russia's foreign intelligence service.

The bizarre claims followed upon confirmation from Drew Hammill, Pelosi's deputy chief of staff, that the laptop had been stolen from her office during the Jan. 6 pro-Trump raid and rioting.

A laptop from a conference room was stolen. It was a laptop that was only used for presentations. https://t.co/S7YGPnLaWy

"A laptop from a conference room was stolen. It was a laptop that was only used for presentations," Hammill said.

ITV News spoke to Williams' mother in Harrisburg and she confirmed on camera that the woman seen directing protesters during the rioting was her daughter.

She told them that Williams lived with her but had fled after she was identified on social media from video posted from the rioting.

"It appears that Williams has fled. According to local law enforcement officers in Harrisburg, Williams' mother stated that Williams packed a bag and left her home and told her mother she would be gone for a couple of weeks," wrote FBI Special Agent Jonathan Lund in the filing document.

Her mother also told ITV that her daughter had recently spawned an interest in President Donald Trump and right-wing groups online.

Williams has been charged with disorderly conduct on Capitol grounds with the intent to disturb a session of Congress, alongside other charges.

The tipster said that the attempt to sell Pelosi's laptop to Russian intelligence fell through for an unknown reason, and either Williams still has it, or it has been destroyed.

Here's the interview with Williams' mother: