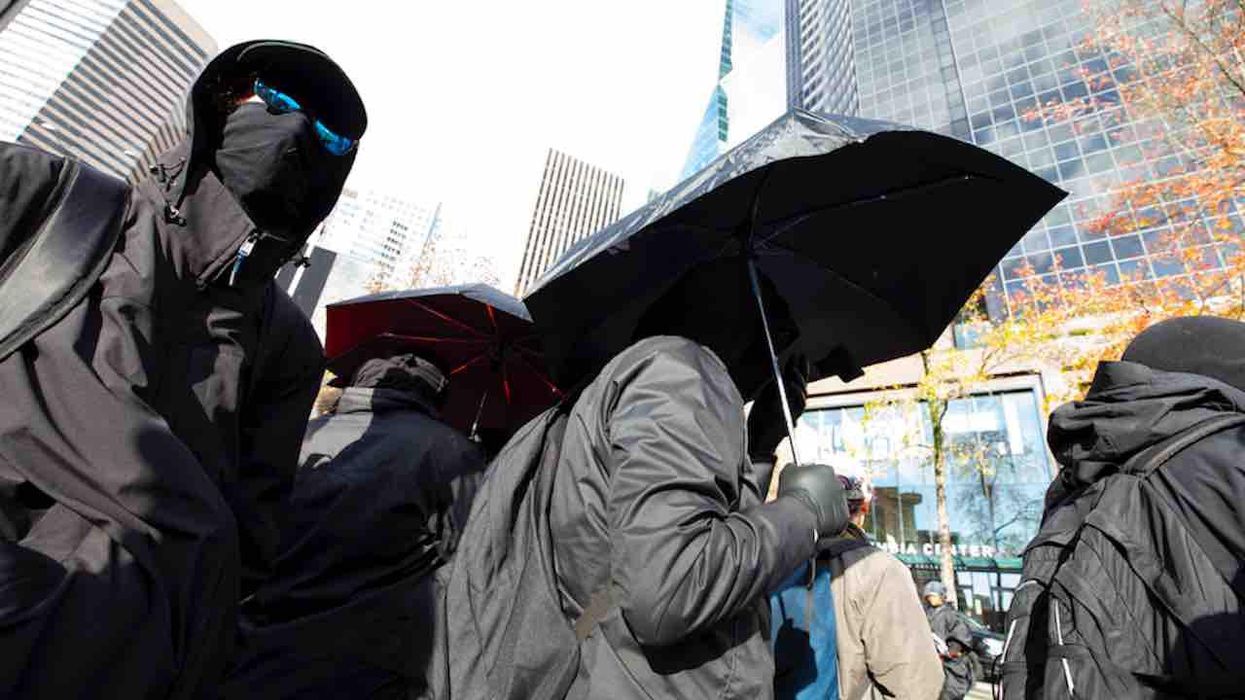 The FBI arrested an alleged Antifa supporter who described himself as a "hardcore leftist" for allegedly plotting a violent confrontation with supporters of President Donald Trump who were expected to demonstrate at the Florida state Capitol in the run-up to Joe Biden's inauguration.

Daniel Alan Baker, an Antifa extremist who fought with the YPG (a designated terror org in Syria) and was… https://t.co/Y64l05piS9

According to a criminal complaint filed in the U.S. District Court for the Northern District of Florida, Baker was featured in an October Webflow article titled, "The Fall of CHOP." In it, Baker describes himself as a "hardcore leftist" who traveled to Seattle to participate in "The Revolution." The article added that Baker "seemed disappointed in the lack of violent opposition" at CHOP and reportedly said, "I told them, if they really wanted a revolution, we needed to get AKs and start making bombs. No one listened to me."

Prosecutors added that Baker also is a former airborne infantryman with reported ties to a foreign terrorist group, the Tallahassee Democrat reported. More from the paper:

"Baker issued a call to arms for like-minded individuals to violently confront protesters gathered at the Florida Capitol this Sunday," federal prosecutors said. "He specifically called for others to join him in encircling any protesters and confining them at the Capitol complex using firearms."

On Thursday, Baker posted an 18-second video on his YouTube channel showing him print out fliers with the headline, "CALL TO ARMS JANUARY 20TH!"

The flier said "armed racists" planted the Confederate flag in the U.S. Capitol and that they would continue to wage an armed coup of every statehouse in the country, including the Capitol in Tallahassee.

"We need ALL FLORIDA RESIDENTS to RISE UP!" the flier said. "Here in Florida we must circle the terrorists who attack the Capitol! Let them take the capitol and fight with the cops. SURROUND THEM AND TRAP THEM INSIDE."

The flier said "Tally residents," including combat veterans, have "answered the call to arms."

In the days prior to his arrest, Baker, 33, was trying to buy additional firearms, including an AK-47 and a pistol, Fox News said, citing prosecutors. He's also made multiple violent threats to those he claims are white supremacists, fascists, and U.S. citizens and allies with different ideologies fro his, the cable network said, adding that he's also promoted killing U.S. military officers.

After approximately one year in the U.S. Army, Baker received an "other-than-honorable" discharge in 2007 after he went AWOL before his unit was to deploy to Iraq, according to the criminal complaint. He was homeless for nearly a decade living mostly in the Tallahassee area, and, in 2017, Baker joined the People's Protection Units (YPG), a group fighting in Syria against ISIS and the Turkish government.

He claimed on social media that he was a trained sniper for the YPG, and he can be seen in a documentary film fighting ISIS and Turkish militants, prosecutors said. YPG is a sub-affiliate of the Kurdistan Workers' Party (PKK), which is designated by the United States government as a Foreign Terrorist Organization.