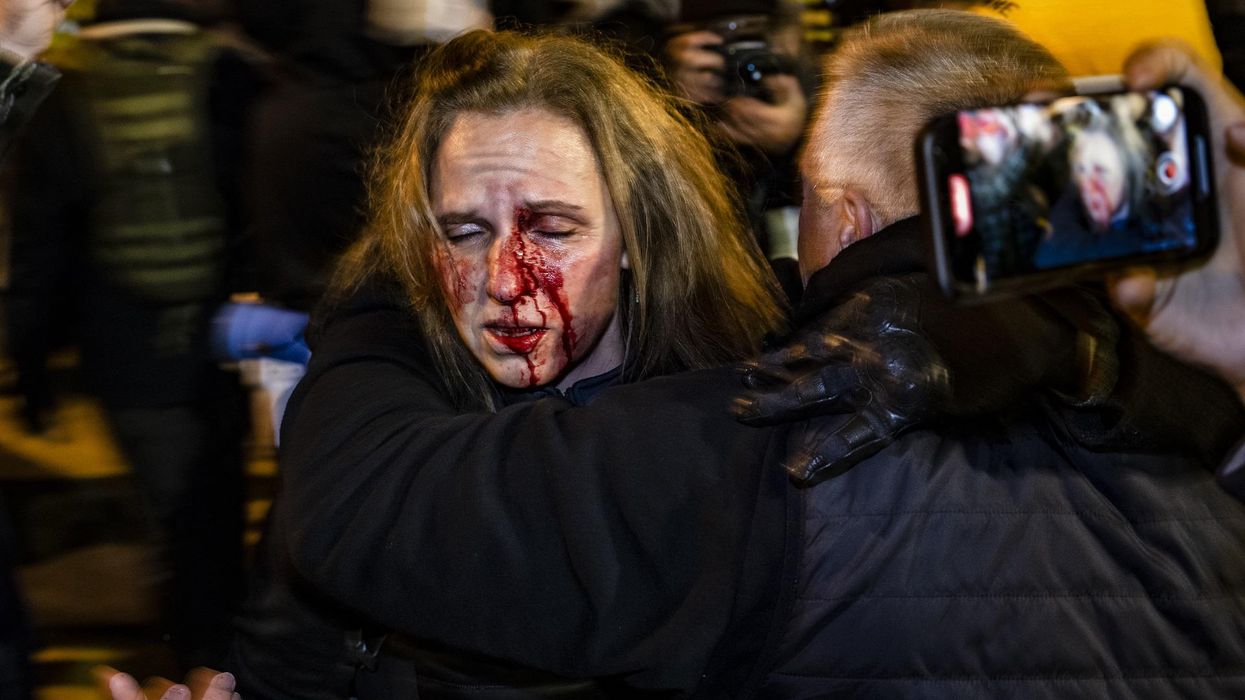 Trump supporter Therese Duke was left bruised and bleeding after being punched in the face at a rally in Washington, D.C., on Jan. 5. Since then, footage of the ordeal went viral — partially thanks to her own daughter outing her on social media — and now the Massachusetts mom is out of job.

Duke told the Boston Herald this week that she "did nothing wrong," and fears the attention over the ordeal will keep her from regaining employment elsewhere.

On the night before a pro-Trump mob stormed the U.S. Capitol, Duke's face went viral as she was recorded bleeding amid a clash between Trump supporters and law enforcement.

She was seen in early footage with a bloodied nose, claiming that she was hit by a Black Lives Matter supporter. The altercation was also recorded, and shows Duke being punched by a female officer, later identified as Ashanti Smith, after Duke reached for Smith's phone as the officer was recording the crowd.

ON THE CODE SHE DID WHAT SHE HAD TO DO🤣🤣 MINK MINK
https://t.co/mljLbZN4ym

Two days later, Duke's daughter, 18-year-old Helena Duke, mocked her mother on Twitter, writing, "hi mom remember the time you told me I shouldn't go to BLM protests bc they could get violent...this you?"

Now, Duke has lost her job of 15 years at UMass Memorial hospital. The medical center issued a statement Friday saying that it had "been made aware that one or more of our employees may have been involved at the violence," and delivered another statement within hours saying "a caregiver who may have been involved in this week's violent events at the nation's capitol" was "no longer a part" of the organization.

"I did nothing wrong," Duke insisted to the Herald. "I was the one who was assaulted."

Duke, who was a medical assistant at UMass Memorial, told the outlet she felt "forced" to resign, and now feels she might not be able to land another gig.

"Anybody can Google me," she said. "Nobody will hire me."

The woman identified as Duke's puncher, law enforcement officer Ashanti Smith, was arrested and charged with simple assault. She pleaded not guilty during an arraignment that same day, court records show, claiming it was self-defense.