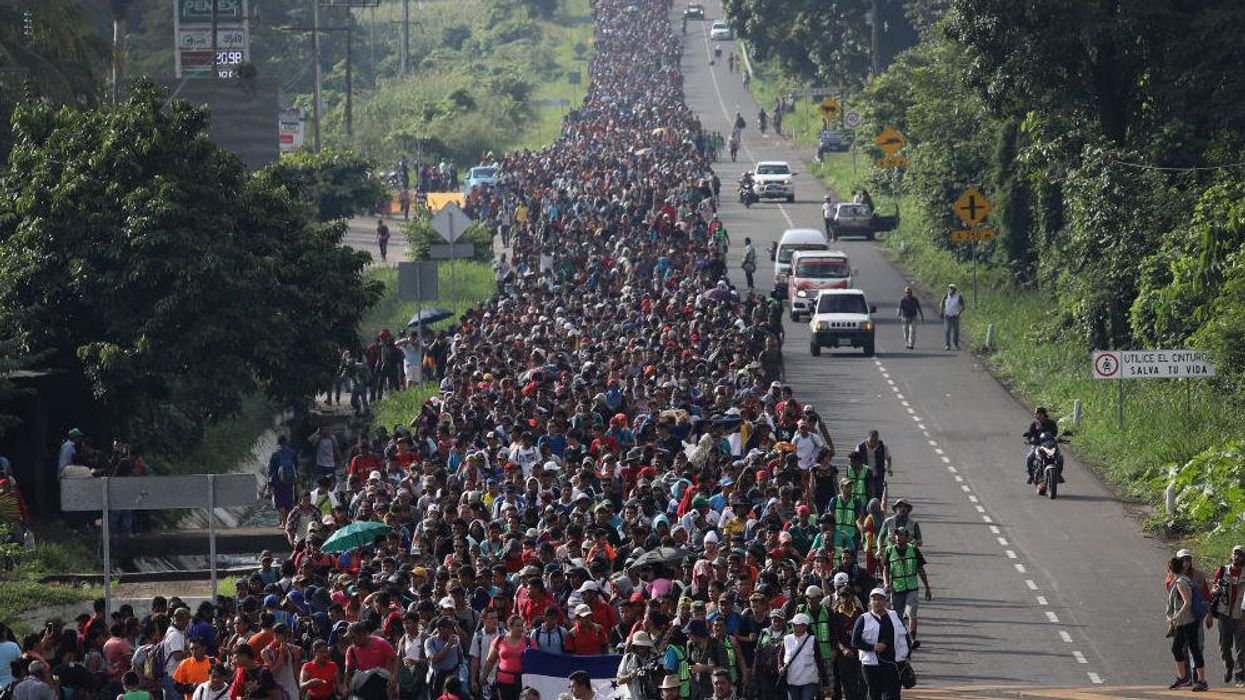 An incoming Biden administration official has a message for the migrant caravan storming its way north through Central America to the United States: Don't come — at least not yet.

President-elect Joe Biden has promised to rescind much of President Donald Trump's immigration policy and executive orders, which the Trump administration implemented to slow the flow of immigrants seeking refuge in the U.S.

As TheBlaze reported, the latest caravan — which is at least 8,000 migrants strong — received that message as meaning the Biden administration would welcome them with open arms.

In fact, migrant rights group Pueblo Sin Fronteras issued a statement on behalf of the caravan indicating the migrants expect Biden to honor his "commitments."

"We recognize the importance of the incoming Government of the United States having shown a strong commitment to migrants and asylum seekers, which presents an opportunity for the governments of Mexico and Central America to develop policies and a migration management that respect and promote the human rights of the population in mobility," the statement said, Fox News reported. "We will advocate that the Biden government honors its commitments."

What did the Biden official say?

A senior Biden transition official told NBC News the perception that Biden will allow migrants to unilaterally enter to the U.S. once they reach the border is false.

The official explained that migrants already at the border who have been awaiting processing will be a priority for the new administration.

The official said migrants attempting to cross into the U.S. to claim asylum in the first few weeks of the new administration "need to understand they're not going to be able to come into the United States immediately." The official also emphasized that any immigration legislation proposed by the Biden administration will be for undocumented immigrants already living in the U.S., not those who are considering arriving now.

However, the official did not say the Biden administration would not help them — just not right now.

"There's help on the way, but now is not the time to make the journey," the official said.

"We have to provide a message that help and hope is on the way, but coming right now does not make sense for their own safety …while we put into place processes that they may be able to access in the future," the official added.