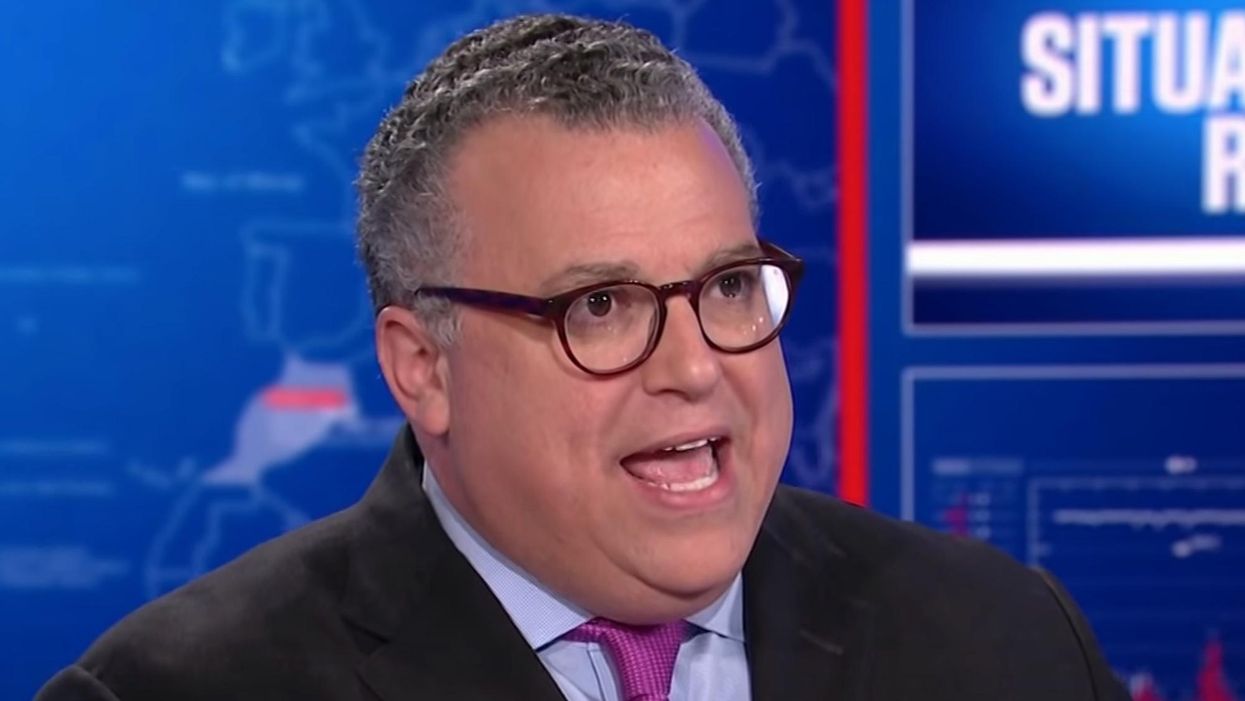 CNN political director David Chalian got some social media blowback after he gushed over President-elect Joe Biden and the lights set up at the National Mall for his inauguration.

Chalian was trying to make a contrast between the outgoing President Donald Trump and Biden during Tuesday's live Inauguration Day coverage.

"The contrast on display tonight was so stark, I mean those lights that are just shooting out from the Lincoln Memorial along the reflecting pool, extensions of Joe Biden's arms embracing America," Chalian said.

"It was a moment where the new president came to town and sort of convened the country in this moment of remembrance, outstretching his arms," he continued.

"And contrast that with the video you saw of a disgraced president on his way out at the lowest point of his presidency, at the very end here, by himself, fighting for his political movement to live on," Chalian said of President Trump. "And not even necessarily promising that he's gonna be leading that movement, you noted, in his remarks tonight."

CNN's David Chalian says that the side lights on the National Mall's reflecting pool are like "extensions of Joe Bi… https://t.co/E1zXLyE8An

And many saw the comments as the latest example of the mainstream media being overly reverential to Democrats while unfairly spurning Republicans.

"My God, this is nauseating already. Four years of this is going to be intolerable," said another Twitter user.

"What the heck? This is what we're in for, I guess. Basement Man suddenly and utterly beloved... before he is lost to us and Kamala tearfully takes up his sacred mantle, I suppose," said another commenter.

"This is absolute insanity. Enough of the celebrity of politicians. That's what got us in the place we are in now," replied another user.

"Sir, his name is Joe — not Jesus. Pack it up. This seriously is so weird," added another commentator.

Others were more concise.