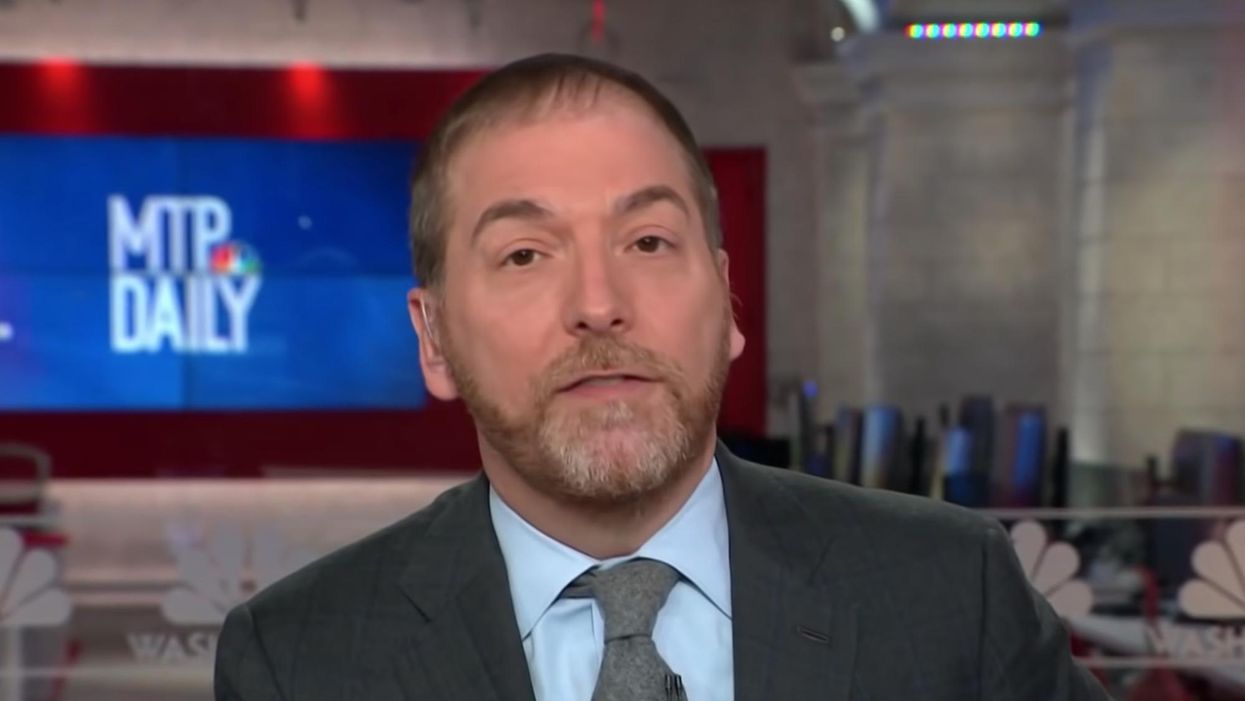 NBC political director and MSNBC host Chuck Todd was excoriated by many on the left on social media for asking if President-elect Joe Biden would be able to keep his promise on the coronavirus pandemic.

Todd made the comments Tuesday on "Meet the Press" after noting poll results that showed many Americans believed the country was divided and would remain so for many years.

"Let's be realistic, Biden's first and most crucial task is to vaccinate America, to fulfill that promise of 100 million vaccinations in his first 100 days," Todd said.

"The ultimate success or failure of his presidency may hinge simply on that one promise that he made and it might be his only way to begin immediately cauterizing America's social, economic, and political wounds," he continued.

"Let's put it this way, if Biden wants to succeed he has to fulfill that first vaccination promise," he concluded. "If Biden doesn't get it right, he will have failed on the job he was elected to do."

Many on the left rushed to social media to register their fury against Todd and MSNBC for continuing to keep him employed.

"For years I've been on this platform telling you about the lack of professionalism and lack of journalistic ethics in @chucktodd's daily broadcasts. A lot of you saw it today. But it's been happening for years and it is past time for @MSNBC to do something about it," said novelist Don Winslow.

For years I've been on this platform telling you about the lack of professionalism and lack of journalistic ethics… https://t.co/9IstFpyV0a

"If you agree that Chuck Todd is already a failure before Joe Biden is sworn in, then raise your hand," tweeted progressive activist Grant Stern.

"[C]huck todd, before biden is even sworn in... talking about his push for vaccines: 'if biden doesn't get it right, he will have failed in the job he was elected to do' i repeat: biden is not even sworn in yet," said liberal activist Oliver Willis.

Todd faced similar rancor from many on the left in July when he merely pointed out that the president had "turned a corner" on whether masks should be worn to help stop the spread of the coronavirus pandemic.

Here are the comments that enraged so many liberals: