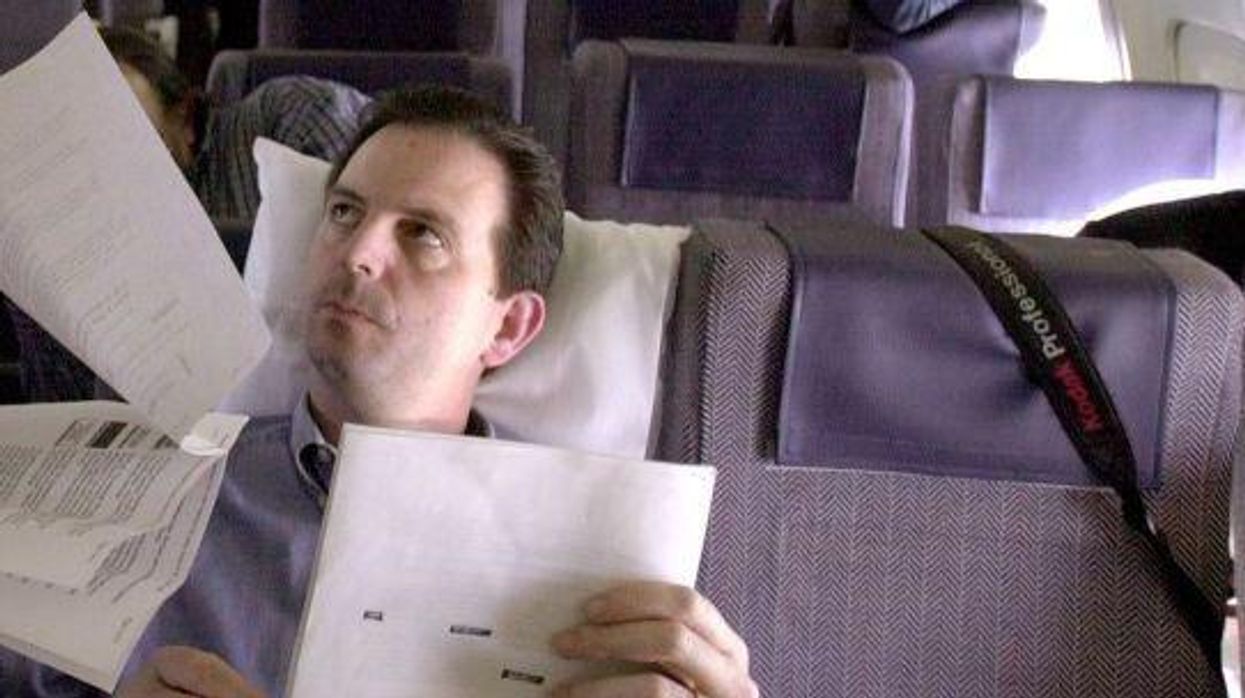 Weaver's admission came after several young men came forward on social media in recent days similarly alleging that the veteran operative sent unsolicited and sexually suggestive messages to them, often alongside promises to advance their careers or political pursuits.

Drawing more scrutiny to the swirl of allegations, the Lincoln Project quietly scrubbed its website of any mention of Weaver last week, erasing his profile from the organization's "Our Team" page and removing a separate biographical page.

"The truth is that I'm gay. And that I have a wife and two kids who I love. My inability to reconcile those two truths has led to this agonizing place," Weaver told Axios in a statement on Friday.

"To the men I made uncomfortable through my messages that I viewed as consensual mutual conversations at the time: I am truly sorry. They were inappropriate and it was because of my failings that this discomfort was brought on you," he said.

"I have the most beautiful, loving and courageous family who I deceived all these years," he continued. "I don't deserve you. But I love you with all of my heart and I'm so sorry that you have to suffer my mistakes."

In his statement, Weaver also took a shot at his critics, saying, "I want to state clearly that the other smears being leveled at me by Donald Trump's enablers as a way to get back at the Lincoln Project ... are categorically false and outrageous."

Weaver, who spent most of his career serving as an adviser for Republicans such as John McCain and John Kasich, became a leading voice in the "Never Trump" movement during Donald Trump's rise to the presidency.

In 2019, he co-founded the Lincoln Project with other ex-Republican operatives. The organization spent millions of dollars in the 2020 election cycle supporting Democratic candidates.

The Washington Free Beacon reported that the Lincoln Project "began as an anti-Trump organization but has gradually evolved into a pro-Democratic political operation after raising millions of dollars from wealthy liberals."

A spokesperson for the organization told Axios, "John's statement speaks for itself."

Weaver announced that he will not be returning to the Lincoln Project.