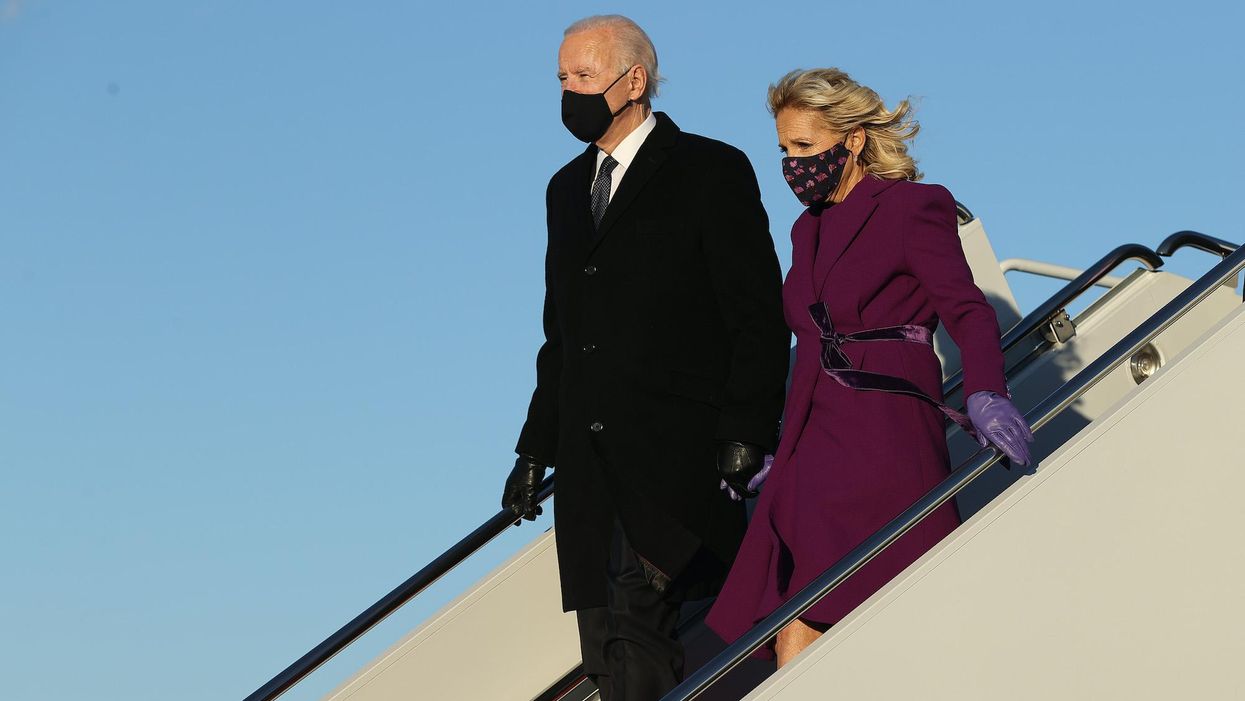 An editor at the New York Times faced online condemnation and ridicule after she tweeted that she had gotten "chills" from seeing that President-elect Joe Biden had landed in Maryland just ahead of Inauguration Day.

"Biden landing at Joint Base Andrews now. I have chills," Lauren Wolfe said in a tweet with a screenshot of a report from CNN showing Biden's plane landing.

Among those criticizing Wolfe for her reaction was Brit Hume, the veteran journalist at Fox News.

"I hope it's because it's cold out. But I suspect not," said Hume.

I hope it’s because it’s cold out. But I suspect not. https://t.co/TJjZmI4hXd

Wolfe responded to his tweet and claimed that she had merely been expressing excitement over the historical importance of the transition of presidential power.

"Really, Brit? You've never felt excited at historical moments? Stop inciting your fans who are coming after me with threats. This was an innocuous tweet and you know it," she replied.

Wolfe also responded to another critic who tweeted, "A journalist having 'chills' before a president is even sworn in is chilling... Not in your sense of the word, though."

"I'm shocked that you all don't feel the importance. Such historical events are deeply moving and thrilling. This attempt to s**t on me is nothing more than shortsighted presumption," she responded.

Wolfe lashed out in general at her critics over the responses to her "chills" tweet.

"So a bunch of people think me being excited for the transfer of power tomorrow is somehow disgusting/idiotic/against journalism. It's a shame. We should all be interested on historical moments," she added.

"You are a biased hack. Were those chills present in 2016? Or were you too busy foaming at the mouth to have chills?" said one respondent.

"Nothing wrong with being excited about Trump being gone or Biden being sworn in. But, given your *job*, you're not supposed to say it out loud or make it super obvious. Makes you look like a cheerleader, not a reporter. Tell your friends," responded another user.

Wolfe then asked if there was some kind of "gross organizing" to criticize journalists.

"So, Ben Shapiro attacked one of my tweets a few days ago, despite the fact that I blocked him years ago. Now Brit Hume has sicced his followers on me (based on nothing), so I have to wonder: Is there some gross organizing to come after journalists they think are not objective?" she asked.

Biden and Vice President-elect Kamala Harris are set to be sworn in at noon EST Wednesday on the west front of the Capitol, in a ceremony with about 1,000 attendees, including Congress.

President Donald Trump said unequivocally that he would not be attending the inauguration Wednesday of his successor.


Washington, DC on high alert ahead of Inauguration Day