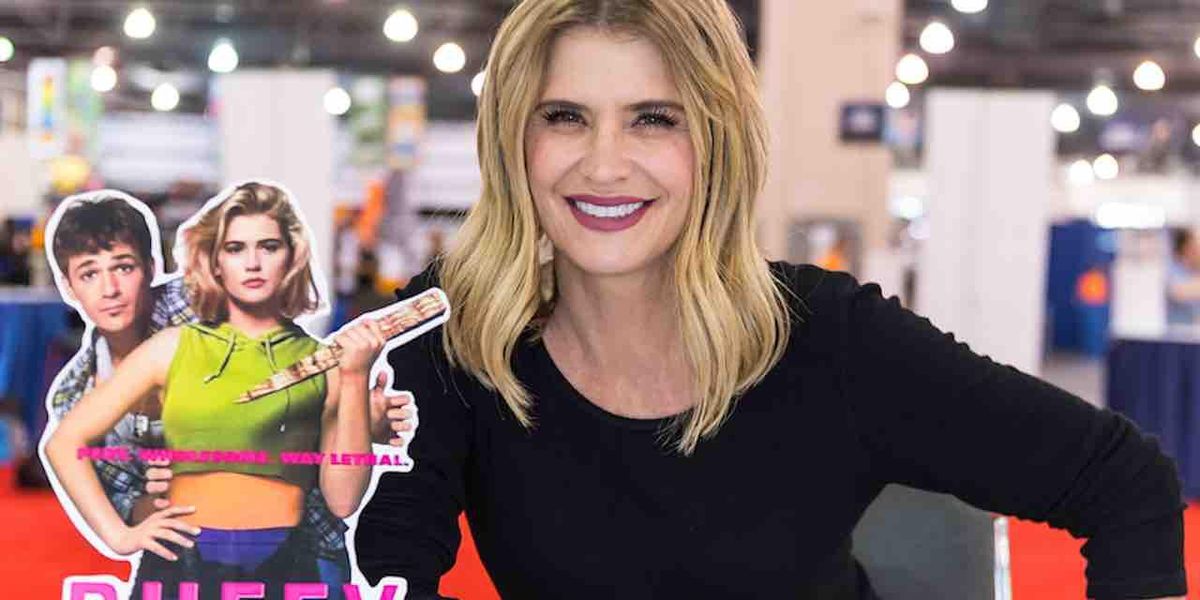 On the heels of the recent left-wing outcry to scrub President Donald Trump from his scene with Macaulay Culkin in "Home Alone 2: Lost in New York" — apparently since doing so would soothe triggered psyches across the fruited plain — conservative actress Kristy Swanson is calling the left's bluff:

If Cancel Culture is really going to have Donald J. Trump removed from the John Hughes movie “Home Alone,” then in… https://t.co/1iOPA1TMHN

Hughes — the iconic creative force behind numerous teen-oriented flicks of the 1980s — directed "Ferris Bueller's Day Off" and wrote "Pretty in Pink." He produced "Home Alone 2: Lost in New York."

In the latter movie, Trump makes a cameo and offers directions to Culkin's famous young character Kevin McCallister in the Plaza Hotel, which Trump owned in the early 1990s. Culkin has
applauded calls for Trump getting deleted from the scene.

For sticking her neck out amid the current firestorm of left-wing rage at Trump supporters since the Jan. 6 rioting at the U.S. Capitol, emboldened Hollywood elites snapped back at Swanson on Twitter:

@KristySwansonXO I’m sorry. Who are you?

This is weak, Kristy. I was removed from AS GOOD AS IT GETS and BAD SANTA years before Trump even THOUGHT of runnin… https://t.co/ORoSrhPfZd

Retweet if you’re okay with @KristySwansonXO being removed from every movie she was ever in. https://t.co/L5z5aUDvcS

Swanson hasn't been afraid to show her support for Trump supporter or her conservative politics. In 2019 she took issue with a teacher at her son's school who allegedly wouldn't stand for the Pledge of Allegiance.

The same year she starred with fellow conservative Dean Cain in a stage show featuring readings of anti-Trump text messages between former FBI agent Peter Strzok and former FBI lawyer Lisa Page. It will come as no surprise that there were death threats:

It would be a shame if Swanson's brief but hilarious scene from "Ferris Bueller" — during which she dialogues with another political conservative, Ben Stein — was cut. Here it is: